An Act Repealing the Stamp Act was signed by King George III on March 18, 1766. The Stamp Act was passed a year earlier to help pay off expenses from the French and Indian War and to pay the salaries of British troops stationed in the colonies after the war. The colonists rose up in unison to resist the Stamp Act. Legislatures sent addresses to Parliament challenging its authority to tax them, newspapers published articles condemning the act and mobs attacked the homes of tax authorities and stamp distributors across the colonies.

The primary reason for resistance was that the colonists had no elected representatives in Parliament. Taxes were only to be laid upon British citizens by those whom they had elected, a longstanding and valued right to the colonists. Parliament and the King finally realized that they could not enforce the Stamp Act without resorting to force and the act was repealed. Read An Act Repealing the Stamp Act below. 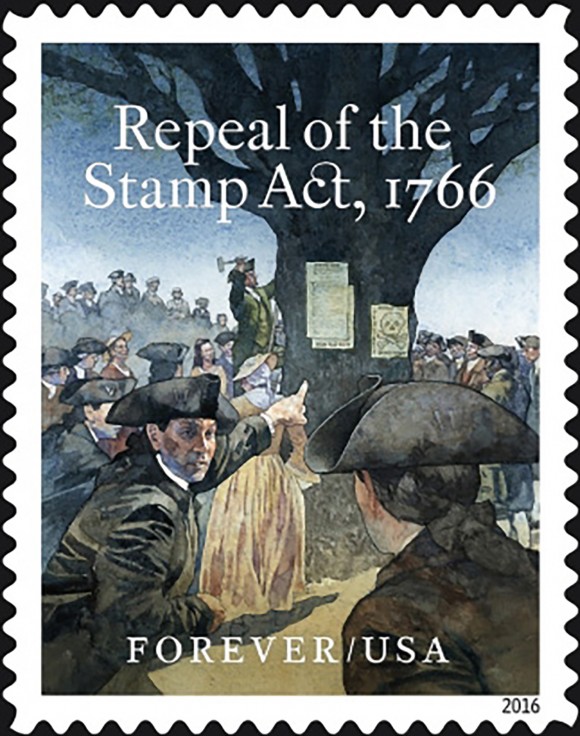 Whereas an Act was passed in the last session of Parliament entitled, An Act for granting and applying certain stamp duties, and other duties in the British colonies and plantations in America towards further defraying the expenses of defending, protecting, and securing the same; and for amending such parts of the several Acts of Parliament relating to the trade and revenues of the said colonies and plantations as direct the manner of determining and recovering the penalties and forfeitures therein mentioned; and whereas the continuance of the said Act would be attended with many inconveniencies, and may be productive of consequences greatly detrimental to the commercial interests of these kingdoms; may it therefore please your most excellent Majesty that it may be enacted; and be it enacted by the king's most excellent Majesty, by and with the advice and consent of the Lords Spiritual and Temporal, and Commons, in this present Parliament assembled, and by the authority of the same, that from and after the first day of May, one thousand seven hundred and sixty-six, the above-mentioned Act, and the several matters and things therein contained, shall be, and is and are hereby repealed and made void to all intents and purposes whatsoever.