The Commissioners of Customs Acts was one of the five Townshend Acts that placed new taxes on various items imported into Britain's North American colonies and created a new regime to enforce regulations and prosecute smugglers.

The Commissioners of Customs Acts created a new Customs Board for the North American colonies to be headquartered in Boston by five customs commissioners. New offices were eventually opened in other ports as well.

The Board was created to enforce shipping regulations and increase tax revenue. Prior to this, the control of customs enforcement was handled by the Customs Board back in England. Due to the distance, enforcement was spotty, taxes were avoided and smuggling was rampant. 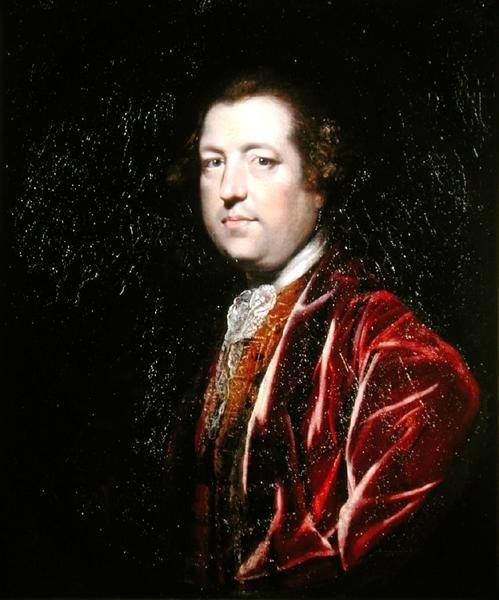 Once the new Customs Board was in action, enforcement increased and thus, confrontation with smuggling colonists. Incidents between customs and officials, military personnel and colonists broke out across the colonies, eventually leading to the occupation of Boston by British troops. This eventually led to the Boston Massacre.

The taxes of the Townshend Acts were eventually repealed, except for the tax on tea. This led to the Boston Tea Party and the eventual closing of Boston Harbor and the takeover of the Massachusetts government by Parliament, opening the door to the American Revolution.

An Act to Enable His Majesty to Put the Customs, and Other Duties, in the British Dominions in America, and the Execution of the Laws Relating to Trade There, under the Management of Commissioners to be Appointed for that Purpose, and to be Resident in the Said Dominions

WHEREAS in pursuance of an act of Parliament made in the twenty-fifth year of the reign of King Charles the Second, entitled, An act for the encouragement of the Greenland and Eastland trades, and for the better securing the plantation trade, the rates and duties imposed by that, and several subsequent acts of Parliament upon various goods imported into, or exported from the British colonies and plantations in America, have been put under the management of the commissioners of the customs in England for the time being, by and under the authority and directions of the high treasurer, or commissioners of the treasury for the time being; and whereas the officers appointed for the collection of the said rates and duties in America are obliged to apply to the said commissioners of the customs in England for their special instructions and directions, upon every particular doubt and difficulty which arises in relation to the payment of the said rates and duties, whereby all persons concerned in the commerce and trade of the said colonies and plantations are greatly obstructed and delayed in the carrying on and transacting of their business; and whereas the appointing of commissioners to be resident in some convenient part of his Majesty's dominions in America, and to be invested with such powers as are now exercised by the commissioners of the customs in England by virtue of the laws in being, would relieve the said merchants and traders from the said inconveniences, tend to the encouragement of commerce and to the better securing of the said rates and duties, by the more speedy and effectual collection thereof; be it therefore enacted by the King's most excellent Majesty, by and with the advice and consent of the Lords Spiritual and Temporal and Commons in this present Parliament assembled and by the authority of the same, that the customs and other duties imposed by any act or acts of Parliament upon any goods or merchandises brought or imported into, or exported or carried from any British colony or plantation in America, may from time to time be put under the management and direction of such commissioners to reside in the said plantations, as his Majesty, his heirs, and successors, by his or their commission or commissions under the great seal of Great Britain, shall judge to be most for the advantage of trade and security of the revenue of the said British colonies; any law, custom, or usage to the contrary notwithstanding.

II. And it is hereby further enacted by the authority aforesaid that the said commissioners to be appointed, or any three or more of them, shall have the same powers and authorities for carrying into execution the several laws relating to the revenues and trade of the said British colonies in America, as were, before the passing of this act, exercised by the commissioners of the customs in England, by virtue of any act or acts of Parliament now in force, and it shall and may be lawful to and for his Majesty, his heirs, and successors, in such commission or commissions, to make provision for putting in execution the several laws relating to the customs and trade of the said British colonies; any law, custom, or usage to the contrary notwithstanding.

III. Provided always, and it is hereby further enacted by the authority aforesaid, that all deputations and other authorities granted by the commissioners of the customs in England before the passing of this act, or which may be granted by them before any commission or commissions shall issue in pursuance of this act, to any officer or officers acting in the said colonies or plantations shall continue in force as fully, to all intents and purposes, as if this act had not been made, until the deputation, or other authorities so granted to such officer or officers, respectively, shall be revoked, annulled, or made void by the high treasurer of Great Britain, or commissioners of the treasury for the time being.

You can also read the text of each of the other Townshend Acts here: