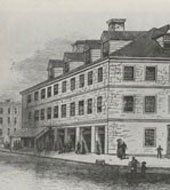 On this day in history, December 12, 1776, the Continental Congress leaves Philadelphia fearing a British invasion. George Washington's Continental Army was defeated in and around New York City in several battles during the fall of the year. As the army fled across New Jersey and into Pennsylvania, the British were hot on their heels. Since the dead of winter was setting in, however, the Commander of the British forces, General William Howe, stopped pursuing the Americans. He posted several large contingents in various places in New Jersey, including Princeton, Trenton and Bordentown, but many of his troops went back to New York for the winter.

The Continental Congress, which met at Philadelphia, of course had no knowledge that Howe would stop his advance through New Jersey. They feared he would march straight into Philadelphia, which was only 30 miles from Trenton. When Congress adjourned on December 12, they moved the whole operation to Baltimore, which was a hundred miles to the southwest, putting them far out of range of any British advance.

Congress convened again in Baltimore on December 20th at the Henry Fite House, which they rented for three months for £60. The building was built as a tavern by Henry Fite in 1770. With 3 stories and 14 rooms, it was the largest building in Baltimore at the time. It had large rooms with fireplaces that could accommodate Congress' need for multiple committees to meet at the same time and still stay warm in the cold winter months. It was located downtown, so it was near places to lodge and eat, but was also on the western edge of town, protecting it from any British advance from the east. While Congress met there, the building took on the name Congress Hall and in later years, it was referred to as Old Congress Hall. Unfortunately the building was destroyed in the Great Baltimore Fire of 1904. 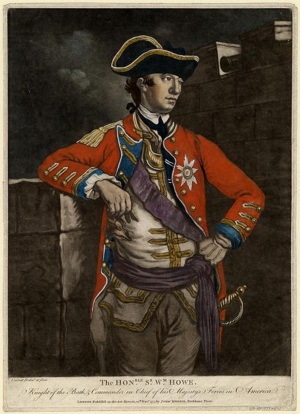 While in Baltimore, some Congressman complained that the city was dirty and they could only get to Congress Hall on horseback through deep mud. They created the powerful Board of War during this time, as well as a new Treasury Committee. Samuel Adams later said, "We have done more important business in three weeks than we had done, and I believe should have done, at Philadelphia, in six months."

Congress ended up staying in Baltimore from December 20, 1776 through February 27, 1777, the worst of the winter months. At this time, it was determined that the British would not be able to attack Philadelphia any time soon. George Washington had won several important battles during the intervening months, including the Battles of Princeton and Trenton, which helped increase American morale. Congress reconvened in Philadelphia again on March 5th. General Howe would eventually occupy Philadelphia in the fall of 1777, causing Congress to flee yet again, this time to York, Pennsylvania.