The 5th Amendment's Eminent Domain Clause says that the government cannot take away anyone's private property for public use without giving them just compensation in return. This clause is also known as the "Takings" Clause, because the government can "take" the property. The 5th Amendment Eminent Domain Clause in the American Bill of Rights reads like this:

"...nor shall private property be taken for public use, without just compensation."

The History of the Eminent Domain Clause

"No freemen shall be taken or imprisoned or disseised or exiled or in any way destroyed, nor will we go upon him nor send upon him, except by the lawful judgment of his peers or by the law of the land."

The word "disseised" means "deprived." So it says "No freemen shall be... deprived" of his property "except by the lawful judgment of his peers or by the law of the land. This means that the government could take someone's property, but only according to "the law of the land," meaning the understood laws of the nation. You can read the entire Magna Carta here. 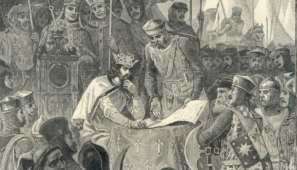 This Magna Carta Article states that the government has the power of eminent domain, but it does not say that the government has to compensate the owner of any property it takes. This idea never took hold in England before the Revolutionary War. In fact, the thirteen colonies regularly confiscated lands before the American Revolution for public purposes such as roads and bridges, especially to open up the frontier. Paying for the land was not a part of the process!

During the Revolutionary War itself, colonial governments seized property and goods for the use of the Continental army at times, such as metal for bullets, or food to eat. The property of Loyalists to Britain was taken sometimes as well.

Also during the Revolutionary War, the British government routinely confiscated supplies and homes for use during the war. By the time the Bill of Rights was added to the Constitution, American citizens had had enough of their governments taking their land or other property without paying them back. 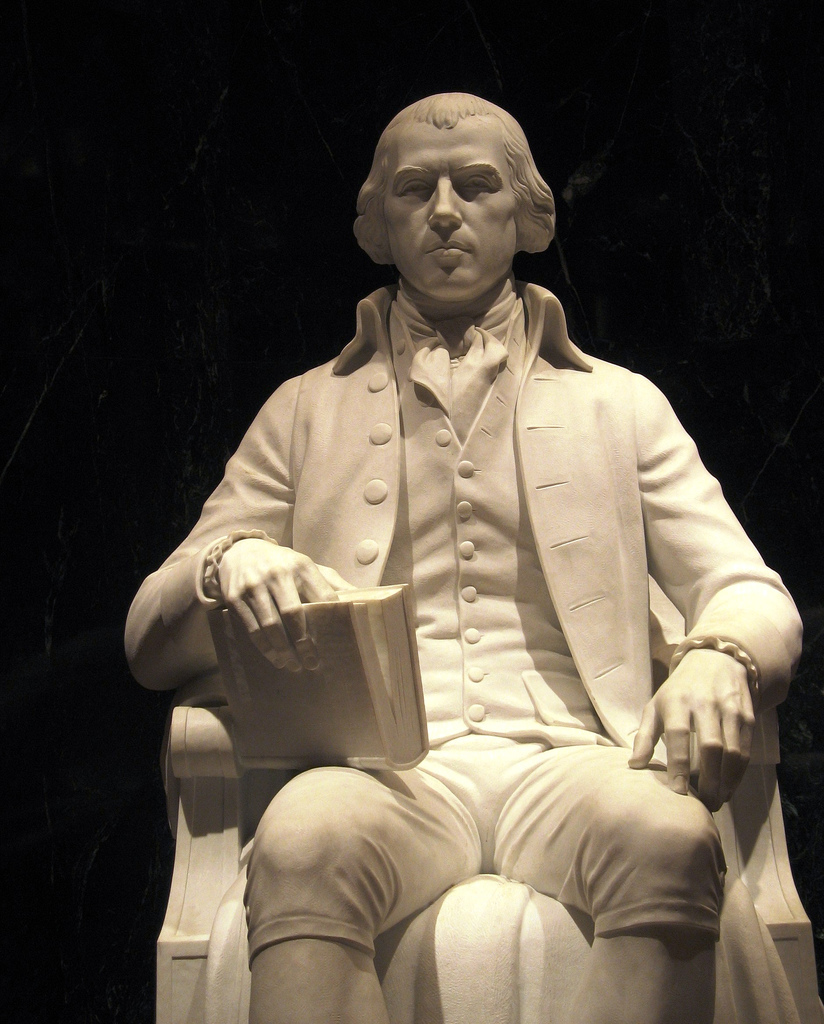 James Madison believed that the right to own private property was a right of all people and that it was the government's job to protect that right. He made the following comment in a short essay called Property:

"A Government is instituted to protect property of every sort.... This being the end of government, that alone is a just government, which impartially secures to every man, whatever is his own."

These amendments were necessary to ensure that individual rights would be protected under the new form of government. Many people refused to even support the new Constitution unless a Bill of Rights was added to it. A Bill of Rights is a list of specific rights that will be protected from infringement by the government.

The Bill of Rights, including the 5th Amendment's Eminent Domain Clause was adopted by the states and formally became law on December 15, 1791. You can read more about the Bill of Rights' purpose here.

Reasons for the Eminent Domain Clause

The First Congress included the Eminent Domain Clause in the 5th Amendment for several basic reasons.

A simple eminent domain definition is:

"The right of a government to appropriate private property for public use, usually with compensation to the owner."

The courts made little use of the Eminent Domain Clause in the first 100 years of the United States. Later though, it came into prominence as a very specialized type of court case with very specialized procedures for judging them.

The courts have decided such things as that Eminent Domain applies to intellectual property such as patents, copyrights and trade secrets, mining rights, land (of course) and physical goods such as food or industrial supplies in a time of war.

Highways are "public use" projects

Private property can be taken not only for "public use" projects, it can also be taken for projects that are for a "public good." "The public good" is defined very broadly and generally the courts allow the legislature to determine what a public good is. Eminent Domain can be used by a government to take property for such things as railroads, public utilities, parks, museums, schools, highways or other public facilities. Normally, if a government decides to take a property through use of Eminent Domain, the major decision is how much is to be paid to the owner, but sometimes owners will challenge the right of the government to take their property by claiming that the use intended by the government is not a public use.

Properties taken through Eminent Domain do not necessarily have to be used by the public, they just have to provide a public benefit. So, for example, if a government waterway project caused someone's land to flood, the government would not be violating the Eminent Domain Clause and would not have to compensate the owner of the flooded land because the improved waterway provides a public benefit.

When private property is taken through use of Eminent Domain, the government is normally required to pay the fair market value of the property to its owner. The owner cannot jack the price up to an exorbitant amount. The government itself can determine what the fair market value is and the owner won't have any say about it. Many times though, the government will simply tell the landowner what its development plans are and ask them to sell without resorting to the Eminent Domain Clause. If he consents to sell it, the government will not have to take the property against the owner's will. This is to be preferred because both parties are working together amicably.

Modern courts have interpreted the Eminent Domain Clause not only to apply to the physical taking of property, but also to the reduction in value of someone's property due to government activities or regulations. For example, if a public airport lowers the property value of lands next to it because of loud noise, the property owners should be compensated for their properties' lost value. Likewise, if environmental regulations prohibit someone from mining on his land or developing his land, he can be compensated for the lands' lost value.

The 5th Amendment Eminent Domain Clause did not apply originally to the States when it was adopted in 1791, nor did any of the restrictions listed in the Bill of Rights. After the Civil War though, the 14th Amendment was added to the Constitution. Through its interpretation of the 14th Amendment Due Process Clause, the Supreme Court has applied most of the Bill of Rights' restrictions against the states now as well, including the Eminent Domain Clause.

You can read about several interesting and significant Fifth Amendment Court Cases dealing with the Eminent Domain Clause here.