On this day in history, August 27, 1776, George Washington loses the Battle of Long Island, one of the most important battles of the American Revolution and the largest in terms of the numbers of men involved. After losing Boston to the Americans, British General William Howe set his sights on New York City. He began landing troops on Staten Island in July of 1776, just as the Americans were declaring their independence. By the end of the month, over 30,000 troops were landed.

George Washington had generals Charles Lee and William Alexander begin building defenses around New York City earlier in the year. The defenses consisted of a string of forts and redoubts on the western edge of Long Island, batteries on the islands at the opening of the Hudson River and forts on Manhattan's northern end. 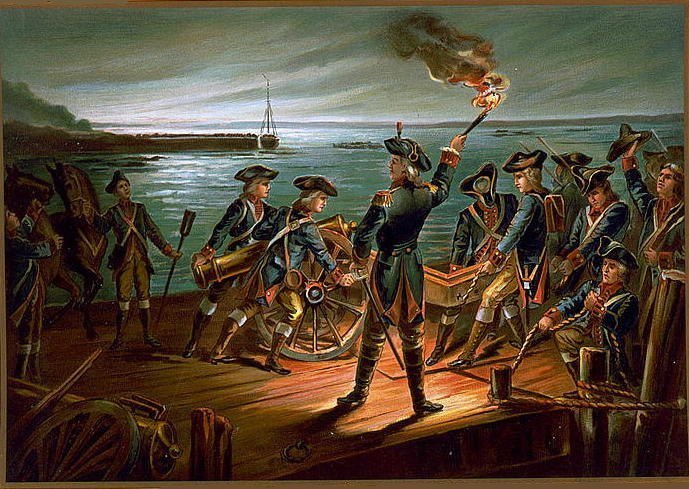 Washington was faced with a dilemma. Would Howe attack Manhattan first or Long Island? Many of his officers thought Howe would attack Long Island first. Washington disagreed, thinking Howe would make a small attack on Long Island as a feint, with a larger assault to come on Manhattan. Consequently, Washington put most of his 19,000 troops in New York City with only about 4,500 on Long Island.

On August 22, British generals Henry Clinton and Charles Cornwallis began landing 20,000 troops on Long Island. Three main passes led to the American positions and they were guarded well, but a fourth pass, furthest to the east, was guarded by only 5 men. Locals informed General Clinton of the Jamaica Pass and he moved 10,000 men during the night through the pass, unbeknownst to the Americans. 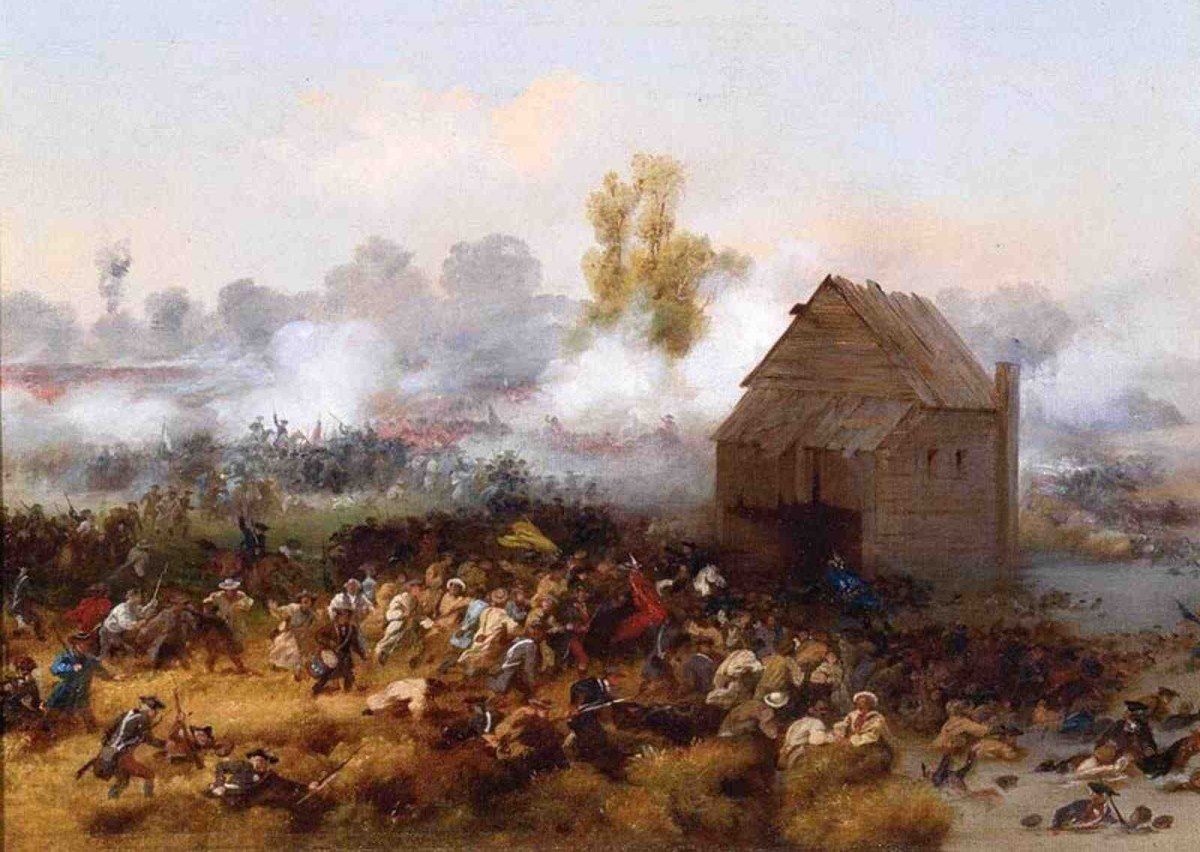 On the morning of August 27th, British and Hessian soldiers began attacking the Americans from the front, while Clinton's much larger force snuck up from behind. There are numerous heroic stories to be told of the Battle of Long Island. Perhaps the most famous is that of the Maryland 400. When the last American position outside of the fortifications at Brooklyn Heights was about to be overtaken, General William Alexander began evacuating his troops to the heights.R

Two hundred seventy Maryland troops stayed behind to keep the British at bay. Once the rest of the troops evacuated, the only way of escape was through Brouwer's Mill pond. Many were shot or drowned as they crossed the pond. Less than a dozen survived. Washington, who had come to the battle with thousands of reinforcements, observed from a nearby hill and is said to have exclaimed, "Good God, what brave fellows I must this day lose!"

With all the American troops now safe behind the defenses of Brooklyn Heights, General Clinton inexplicably stopped the assault, perhaps afraid to have another massacre of his own soldiers like what happened at Bunker Hill. Clinton began preparing for a long term siege. George Washington, however, wanted to get his troops out to fight another day. On the evening of August 29th, he began evacuating his troops across the East River to Manhattan in the middle of the night.

In the morning, the evacuation still not complete, a fog descended on the area that hid the longboats ferrying the remaining soldiers across the river. The Continental Army survived to fight another day, but eventually Manhattan was taken as well and the Americans were forced to retreat across New Jersey and into Pennsylvania. The war would drag on for another six years.