On this day in history, August 23, 1783, George Washington moves into Rockingham House near Rocky Hill, New Jersey, which would serve as his last wartime headquarters of the American Revolution. In the summer of 1783, Congress was waiting to receive word from Europe of the final signed peace treaty ending the American Revolution.

Congress wrote to Washington asking him to come to where it was meeting at Princeton, New Jersey in anticipation of word of the signed treaty. Congress was in Princeton after hastily leaving Philadelphia when a threatened rebellion of Continental Army soldiers over unpaid salaries drove them from the city. 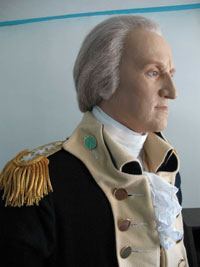 As Washington was on his way to Princeton, Congress looked for a suitable residence for he and his staff during his time there. Almost all the homes and inns in Princeton were filled because Congress was in town. They finally located an empty home called Rockingham House, about 5 miles outside of town, owned by Margaret Berrien. Her husband, John, had died a few years earlier and left her the property, but she was now living in Princeton and trying to sell the property.

Washington moved into Rockingham House on August 23rd with Martha and a few dozen aides, guards and servants. During his time at Rockingham, Washington entertained such people as James Madison, Elias Boudinot, who was then the President of Congress and General Nathanael Greene. Martha stayed until early October, but then returned to Mount Vernon as winter came on.

In late October, at Rockingham House, Washington penned his Farewell Orders to the Armies of the United States, which was read to the troops at West Point on the 30th. On the 31st, word arrived of the signed peace treaty and the American Revolution came to a final close. Washington left Princeton and Rockingham House on November 10th to return to Newburgh where he oversaw the disbanding of the army. On November 25th, he marched into New York City after the last British troops left. 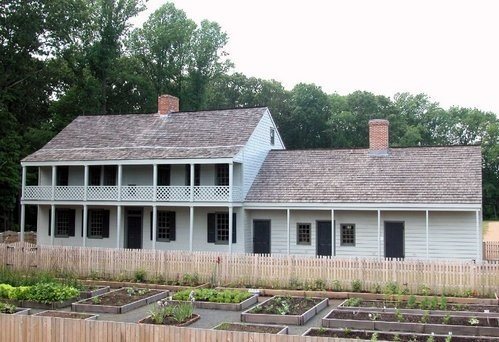 Washington said goodbye to his troops in New York on December 4 and resigned his commission on December 23 and returned to Mount Vernon, believing that he was retiring from public life for good. Little did he know that only a few years later he would be called on to fill his most important public role yet, that of the first President of the United States.

Rockingham House was moved several times over the years to keep it safe from an approaching quarry site. It sits today along the Delaware and Raritan Canal about a mile from its original location and is operated by the New Jersey Division of Parks & Forestry. The home is open for tours and various activities demonstrating the home's history and colonial life take place each year. The house features a large colonial garden as well as authentic and replica George Washington artifacts.

Return to top of George Washington moves into Rockingham House