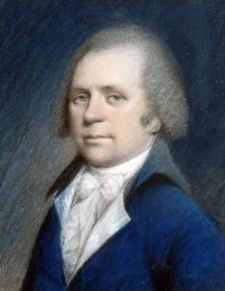 On this day in history, January 27, 1796, James McHenry becomes Washington's Secretary of War. McHenry was an Irish immigrant who came to America in 1771 at the age of 22. His family started an importing business in Baltimore, but James studied medicine in Philadelphia with Dr. Benjamin Rush, one of Pennsylvania's most ardent patriots. Rush would teach McHenry medicine, but would also shape his political views.

When the American Revolution began, McHenry volunteered and quickly found himself at the Siege of Boston where he worked as a surgeon in the military hospital at Cambridge. This led to his appointment as a surgeon in upstate New York to care for soldiers wounded during the American invasion of Canada. Before he could take the position, however, McHenry was chosen to serve in the newly raised 5th Pennsylvania Battalion and was sent to Fort Washington in New York. The Fort was captured by the British on November 16, 1776 and McHenry, along with 2,000 others, was taken captive.

After his release in March, 1778, McHenry joined the Continental Army at Valley Forge as part of the army's "Flying Hospital," a hospital unit attached to a battalion. At Valley Forge, McHenry became personally acquainted with George Washington and was soon asked to be one of his personal aides, a position he held for the next two and a half years. During this time, McHenry saw action at the Battles of Monmouth and Springfield.

In 1780, McHenry was transferred to the staff of the Marquis de Lafayette in Virginia. McHenry and Lafayette became lifelong friends and McHenry served at the Marquis' side during the climactic Battle of Yorktown. 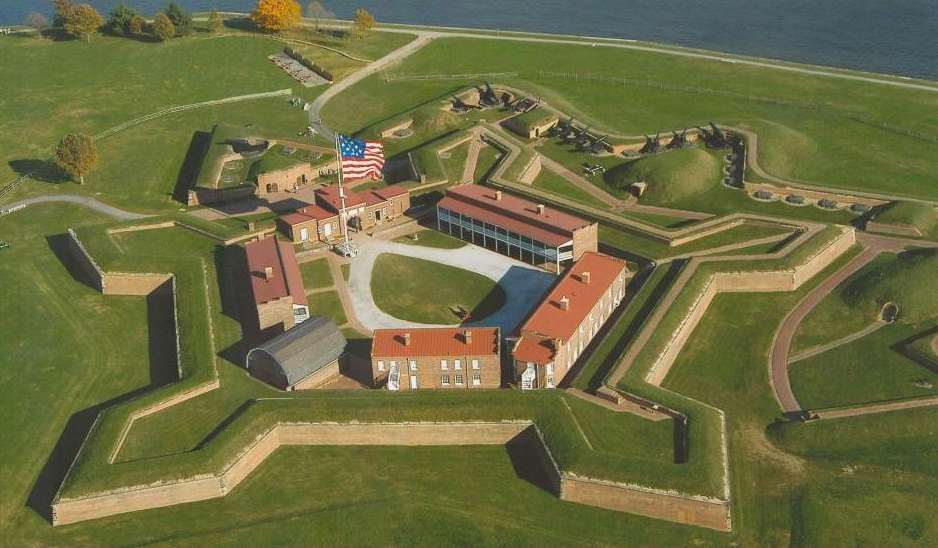 After the war, McHenry became involved in politics in his home state of Maryland. He served in the Maryland legislature for thirteen years and in the Continental Congress from 1783-86. As a delegate to the Constitutional Convention from Maryland, McHenry signed the US Constitution. His detailed notes from the proceedings have been of great importance to historians.

On January 27, 1796, President George Washington appointed McHenry his third Secretary of War. McHenry's chief responsibility was to oversee the transformation of forts abandoned by the British on the western frontier in accordance with the Jay Treaty.

McHenry is credited with transitioning the forts into an efficient protection against Indian raids on the frontier, streamlining and organizing the military, codifying military rules, emphasizing civilian control over the military, overseeing the creation of 12 new regiments when war nearly broke out with France in 1798 and establishing the Department of the Navy.

McHenry remained as Secretary of War under President John Adams, but resigned in 1800 when he and Adams had disagreements. After his resignation, McHenry retired to his estate, named "Fayetteville" in honor of the Marquis, where he died in 1816. Baltimore's Fort McHenry, where the battle that inspired Francis Scott Key to write the Star Spangled Banner occurred during the War of 1812, was named after James McHenry.