On this day in history, June 6, 1756, American Revolution artist John Trumbull is born. Trumbull was the son of Governor Jonathan Trumbull of Connecticut, the only Royal Governor to side with the patriots during the Revolution. Due to an accident as a child, John lost the use of one eye completely, which affected his painting style later on.

John went to Harvard in 1771 at the age of 15 where he met John Singleton Copley, an already accomplished painter who painted many Revolutionary War figures. John's father had discouraged his study of art as being beneath the family's station, but the meeting with Copley and seeing some of his works renewed John's desire to become an artist and he began to study art in earnest. 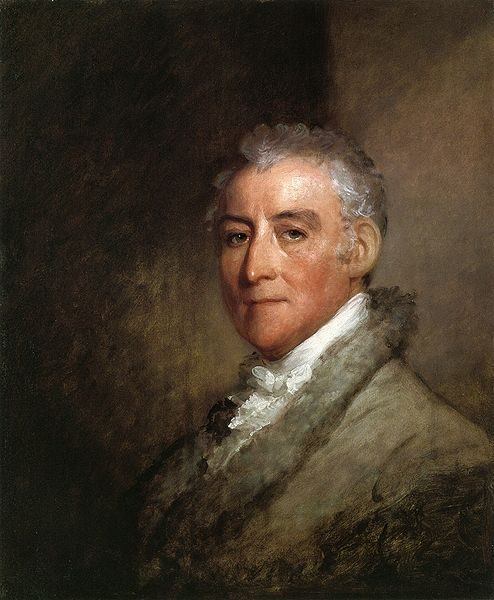 John graduated from Harvard in 1773 and taught school for a while back in his home town of Lebanon, Connecticut, where he also joined the militia. When the Revolution broke out, John was sent to join the Siege of Boston where he observed the Battle of Bunker Hill. Due to his drawing ability, he was given an assignment to draw a map of the British positions on Boston Neck. These drawings came to the attention of George Washington, who made John one of his personal aides. John continued to serve on Washington's staff and on that of General Horatio Gates for a few years.

Trumbull eventually resigned and moved to London in 1780 where he studied art with the American born Royal painter, Benjamin West. Trumbull honed his skills with West and began work on an idea to paint a series of paintings based on the Revolution. While in London, Trumbull met Thomas Jefferson who invited him to France, where he was serving as an American Ambassador. Jefferson and John Adams encouraged Trumbull to continue with his Revolution paintings and helped him choose several more scenes to paint. Trumbull returned to London and finished much of the series, including his most famous painting, The Declaration of Independence, which shows the 56 signers with the Declaration. 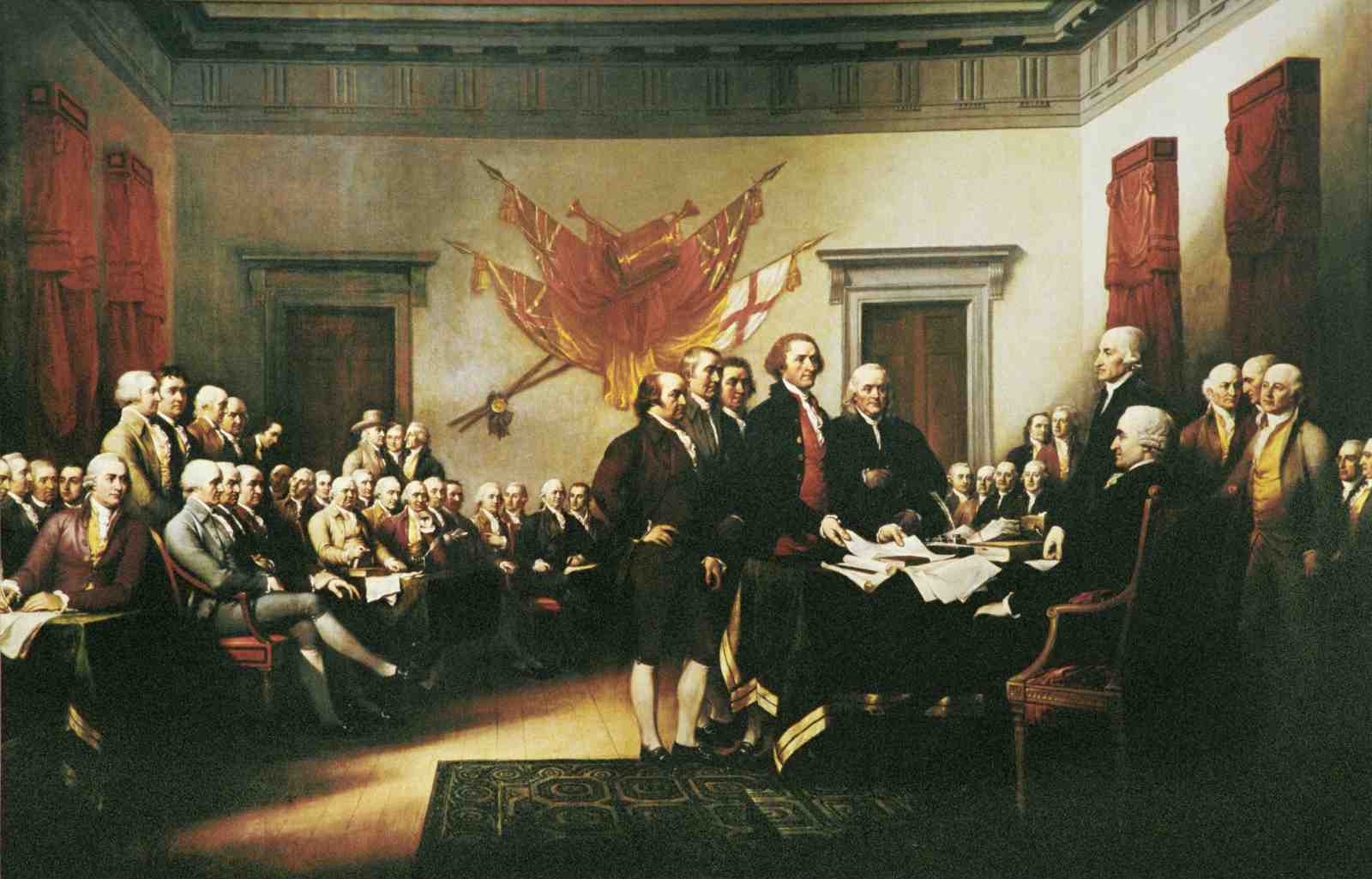 The Declaration of Independence, John Trumbull's most famous work

Trumbull returned to the United States in 1789 and settled in New York City. He traveled extensively, meeting many Revolution figures, painting their portraits and visiting battle sites. He often painted scenes leaving off the heads of the figures, hoping to meet them and paint them in person, which he did on many occasions.

Perhaps Trumbull's greatest achievement was receiving a commission from the US government to paint 4 gigantic murals in the US Capitol after its destruction during the War of 1812. President James Madison personally picked out the paintings, which were Trumbull's The Declaration of Independence, The Surrender of General Burgoyne, The Resignation of Washington and The Surrender of Lord Cornwallis. It took Trumbull 8 years to finish the paintings. Unfortunately, many at the time were disappointed with his work, believing they were not as good as his smaller originals. Trumbull was in his 60s by this time and some historians believe he was not trained well for such large works.

Trumbull suffered financial problems his whole life and eventually sold a large trove of his paintings to Yale College in exchange for an annuity of $1,000 a year, which he lived on the rest of his life. Trumbull served as the president of the American Academy of Fine Arts for several years and finally passed away in New York in 1843. He was originally buried under the Art Gallery at Yale where his paintings were housed, a building which he personally designed. His remains were later moved to Street Hall when it replaced the older building.