On this day in history, May 3, 1727, Loyalist publisher Margaret Green Draper is born in Boston. Margaret would be a staunch Loyalist supporter of the British in the opening days of the American Revolution. She would eventually be forced to flee the country and return to England.

Margaret Green Draper was the great-granddaughter of Samuel Green, one of the earliest printers in North America and the printer of the Cambridge Press. In 1704, the Boston News-Letter began publication by the Boston postmaster John Campbell. It was the first regularly published newspaper in North America. Bartholomew Green, Samuel Green's son, became the printer for the Boston News-Letter. Bartholomew purchased the newspaper in 1721 and continued its publication until his death in 1732. Ownership passed to his son-in-law, John Draper in 1732 and to John's son Richard in 1762. 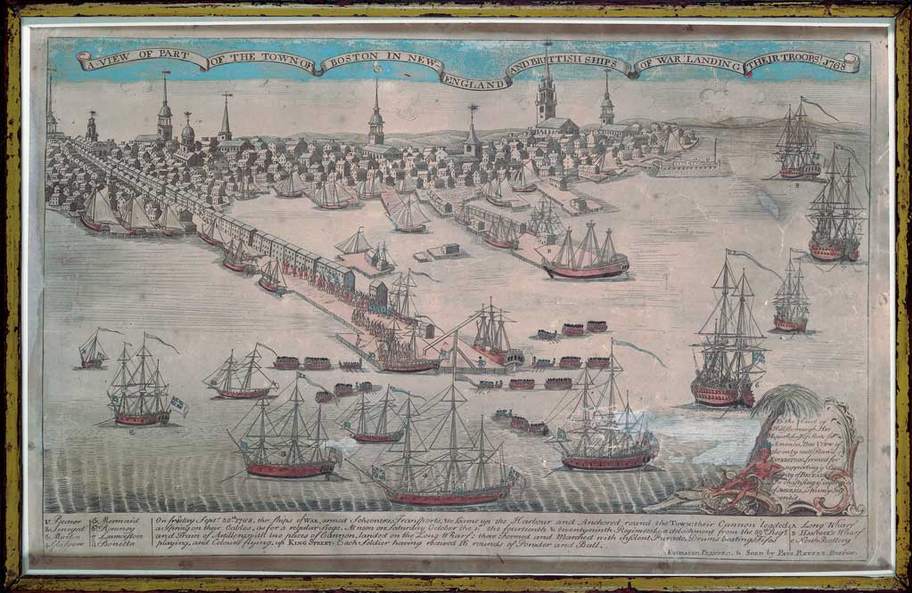 Richard Draper, who married his cousin, Margaret Green, in 1750, changed the name of the paper to the Massachusetts Gazette and Boston Weekly News-Letter. The paper became the official printer for the Massachusetts Royal Government in the 1760s and, as such, printed many pro-government articles. When the Stamp Act was enacted, many colonial newspapers felt threatened by the tax on the use of paper and consequently became staunchly anti-Parliament. The Massachusetts Gazette and Boston Weekly News-Letter, however, remained pro-British, although it did print articles reflecting both sides of the issues. 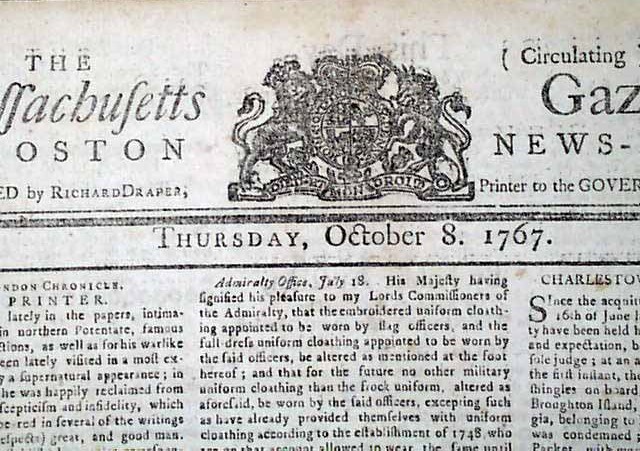 Richard Draper died in 1774 and Margaret took over the paper at the age of 47. Under her leadership, the paper leaned even more staunchly to the pro-British side. Margaret gave leadership of the paper to 20 year old John Howe who had served as an apprentice under her husband. John wrote pro-British articles about the Boston Tea party in 1773 and probably wrote the paper's article about the Battles of Lexington and Concord, the first article to be published about the incidents in the colonies.

After Lexington and Concord, the Massachusetts militia surrounded Boston and began a year long siege of the city. Margaret continued publication in the city under British protection. Every other newspaper in the city shut down during the siege. Finally, in March of 1775, the Americans, under George Washington, occupied Dorchester Heights south of the city and fortified it with cannons brought from Fort Ticonderoga. The British found their position to be untenable and were forced to evacuate the city.

Loyalists such as Margaret were then faced with a decision. Stay in the city and face the wrath of the local patriots for their support of the British, or flee the city with the British army into exile. Margaret certainly would have been a target of patriots as publisher of a pro-British newspaper. Her papers had already been destroyed in public burnings by patriots.

Margaret chose to leave Boston and her lifelong home with the British on March 17 with more than 9,000 troops and 1,000 Loyalist civilians. The Massachusetts Gazette and Boston Weekly News-Letter, North America's first regularly published newspaper, ended publication with Margaret's departure. The evacuees landed in Halifax and Margaret eventually emigrated to London. She successfully petitioned the British government for a pension, which was granted due to her support of the Crown. Margaret passed away in London in 1802.