On this day in history, February 16, 1724, South Carolina patriot Christopher Gadsden is born. Gadsden was one of the most prominent patriots in the south during the American Revolution. He was born into a wealthy family in Charleston, South Carolina and went to school in England. He later started a mercantile business in Philadelphia and made his own fortune.

Christopher moved back to Charleston in 1747, where he served in the legislature, continued his business pursuits and joined the militia. By 1765, he was involved in the anti-Parliament wave sweeping the colonies. He attended the Stamp Act Congress in New York, where he became friends with Samuel Adams. When he returned to South Carolina, Gadsden would help form the Sons of Liberty movement there and would become known as the "Sam Adams of the South."

In the late 1760s, Gadsden began building Gadsden's Wharf, the most prominent wharf in Charleston, with docking space for six ships at a time and warehouse space which he rented to shipping companies. Gadsden earned a profit from every item shipped through this major southern port. Most of the slaves imported to Charleston at the time came through Gadsden's Wharf.

Gadsden served in the Continental Congress from 1774-1776. While serving on the Marine Committee, in charge of the newly formed Continental Navy, he designed the personal standard of the Navy's commander, which is known as the Gadsden Flag. It features a yellow field with a rattlesnake and the words Don't Tread On Me and is still used prominently today in protests against the government. 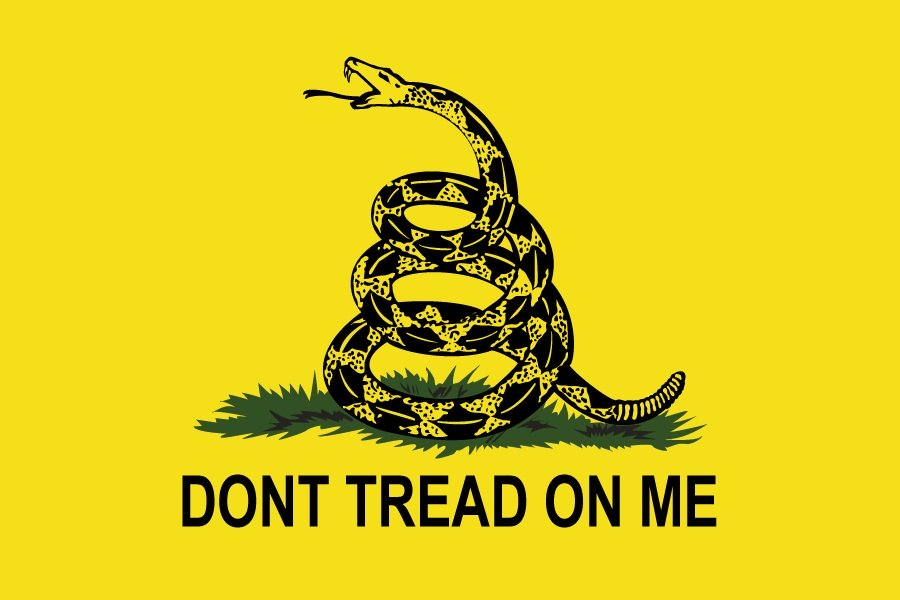 In February, 1776, Gadsden was appointed brigadier general over South Carolina's militia. When the British tried to invade Charleston in June, General William Moultrie repelled the attackers from Sullivan's Island, while Gadsden and his regiment built an escape bridge off the island, at Gadsden's personal expense. The attack was repelled and the British did not return for 3 more years.

In 1778, Gadsden served at the convention that drew up the new South Carolina Constitution and became Lieutenant Governor. In 1780, the British returned to lay siege to Charleston again. Continental Army Major General Benjamin Lincoln was eventually forced to surrender the city and his entire army. As the highest ranking civilian authority in town, Gadsden was part of the delegation that surrendered to British General Sir Henry Clinton. Gadsden and many others were taken prisoner to the fortress at Saint Augustine, Florida where he remained in a dungeon for 42 months.

Gadsden was released in 1781 and returned to South Carolina where he was re-elected to the legislature. He was also elected Governor, but he declined the position because of his health, which was suffering because of his imprisonment. After the war, he served at the South Carolina Constitutional Convention and voted to ratify the US Constitution. Christopher Gadsden died in 1805 in Charleston.