Thomas Paine's The American Crisis is read to the Continental Army 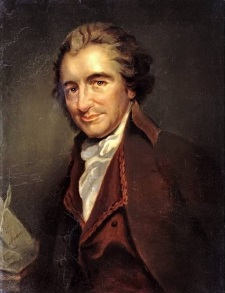 On this day in history, December 23, 1776, Thomas Paine's The American Crisis is read to the Continental Army as it prepares to attack the Hessians at Trenton. Thomas Paine had already had an enormous effect on the Revolution by publishing Common Sense in January of 1776, which encouraged Americans to consider the idea of independence from Britain when the idea was not widely held.

During the fall of 1776, the Continental Army was driven out of New York and across New Jersey. After crossing the Delaware River into Pennsylvania, George Washington's army was exhausted, waiting for reinforcements and hoping for another chance to attack the British who were encamped on the New Jersey side of the river, but unable to cross because Washington had commandeered every boat up and down the river for seventy miles.

The American cause was looking very uncertain at this point. Washington's army seemed to be shattered. The British were a stone's throw from capturing Philadelphia, forcing the Continental Congress to flee to Baltimore. 11,000 soldiers left the army and went home because their commissions had come to an end. The commissions of many more would come to an end on December 31st. Patriots everywhere were disillusioned and uncertain about the future.

In the midst of this situation, Thomas Paine, who was a soldier traveling with the Continental Army at this time, published The American Crisis. It immediately came to George Washington's attention. He found it so inspiring that he had it read to all his troops as they prepared to attack the Hessians at Trenton on Christmas Day. 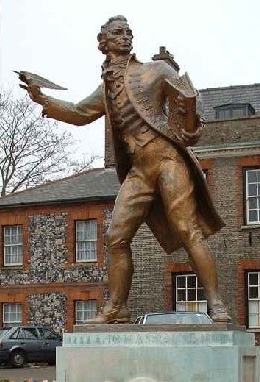 The American Crisis begins, "THESE are the times that try men's souls. The summer soldier and the sunshine patriot will, in this crisis, shrink from the service of their country; but he that stands by it now, deserves the love and thanks of man and woman. Tyranny, like hell, is not easily conquered; yet we have this consolation with us, that the harder the conflict, the more glorious the triumph. What we obtain too cheap, we esteem too lightly: it is dearness only that gives every thing its value. Heaven knows how to put a proper price upon its goods; and it would be strange indeed if so celestial an article as FREEDOM should not be highly rated."

Paine encourages Loyalists to realize that a conquering nation will never treat them fairly; that surrender to Britain will make them no more than slaves; that the colonists have more than enough power to overthrow Britain; and that America has a bright future if it rules itself. The publication painted the image of a happy and prosperous future where Americans governed themselves in peace and security, while also pointing a clear path to victory.

The American Crisis helped persuade many Loyalists and people who had previously been neutral to support independence. It also brought a wind of inspiration and resolve to Americans everywhere who were losing hope. Most especially, it uplifted the spirits of the Continental Army soldiers as they repeated its phrases while they marched to victory at the Battles of Trenton and Princeton on December 26 and January 2. The American Crisis was eventually combined with 15 other pamphlets by Paine and published all together in one booklet. It was read by Americans everywhere, encouraging them to stand up and fight for their independence.

If you would like to read more from Thomas Paine, take a look at our Thomas Paine Quotes here.