The USS Constitution is Launched

On this day in history, October 21, 1797, the USS Constitution is launched in Boston Harbor. The Constitution is the world's oldest commissioned naval ship still sailing. It was one of six ships built by the US Congress in 1797 to deal with the Barbary pirates of North Africa. 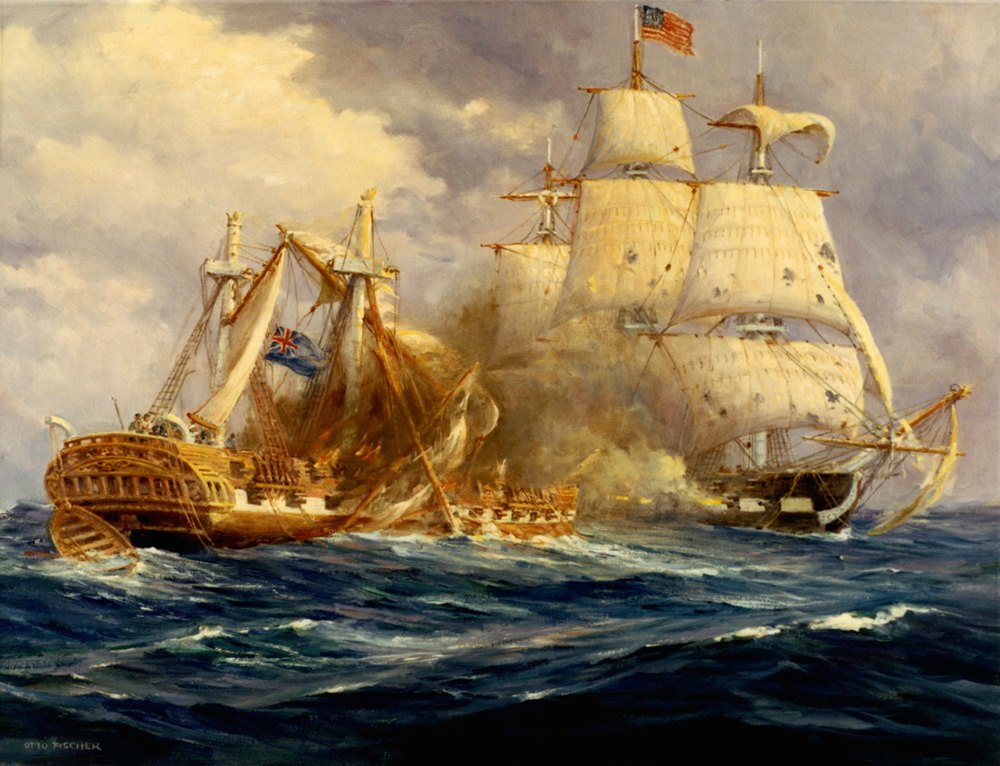 Constitution and Guerriere at Battle by Anton Otto Fischer

After the close of the American Revolution, the Continental Navy was shut down. In the 1790s, increasing pirate activity of the North African states of Morocco, Tunisia, Algeria and Libya, threatened American shipping in the Mediterranean, leading Congress to create a small navy to deal with the pirates.

George Washington named the USS Constitution, which was launched on October 21, 1797. The ships were larger and stronger than typical naval ships of the era because the United States could not afford to build a very large fleet. Instead, Congress decided to make a few ships and make them extremely powerful.

The Constitution served in the Quasi-War against France in the late 1790s, capturing French ships in the Americas and the West Indies. During the First Barbary War, the Constitution served as the flagship of Captain Edward Preble, who forced the Barbary states into submission. These battles are the subject of the line, "From the halls of Montezuma to the shores of Tripoli," in the United States Marine Corps hymn. 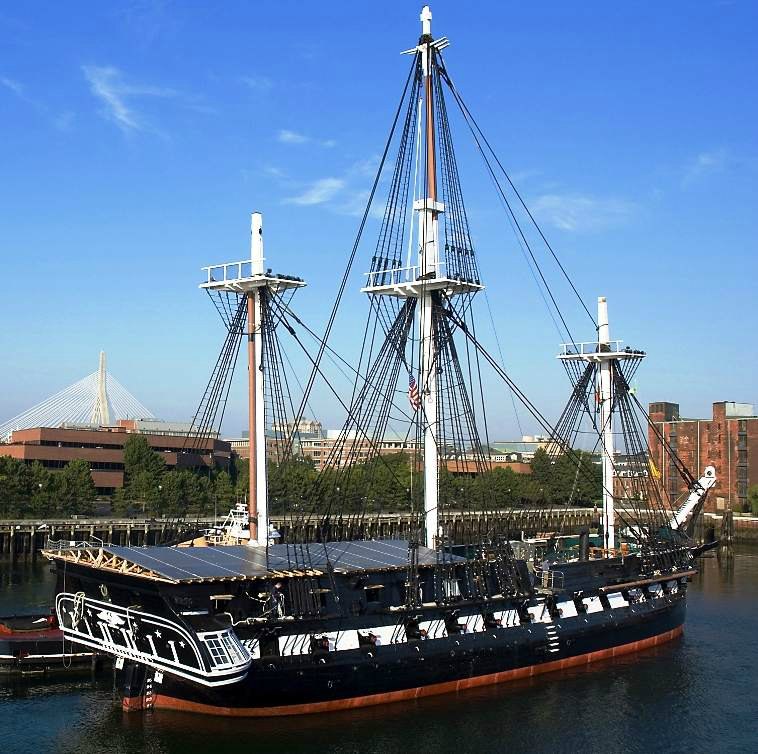 After the War of 1812, the Constitution served for years on patrol missions and diplomatic missions in places as far as Africa, Brazil and the Mediterranean. She received such dignitaries as Emperor Pedro II of Brazil, King Ferdinand II of Italy and Pope Pius IX. After significant renovations, the Constitution was recommissioned and sailed around the world in the 1840s, docking in such places as Madagascar, Zanzibar, Singapore, Vietnam, China and Hawaii. As the ship aged and became less seaworthy, she spent years as a training vessel, a classroom and even a dormitory, in such places as Annapolis, Philadelphia and Norfolk.

In 1931, restoration efforts to make the Constitution seaworthy culminated in a 90 city tour of American ports. The Constitution traveled all the way from Bar Harbor, Maine, through the Panama Canal and north to Bellingham, Washington, though not under her own power. Instead, the ship was towed. After the tour, the Constitution sat in Boston Harbor, serving as a museum, a brig for those awaiting court-martial and a training vessel.

After more extensive restoration, the Constitution set sail under her own power in 1997, her first sailing under her own power in 116 years. The USS Constitution still sets in Boston Harbor today, serving as a museum and educational facility to teach about the US Navy. It is manned by 60 officers and sailors who are active duty United States Navy personnel and is open year round for tours.

Return to top of USS Constitution is Launched