On this day in history, October 8, 1778, William Butler raids Onaquaga and Unadilla, two Iroquois villages used as a base of operations against patriots on New York's frontier during the American Revolution. Onaquaga and Unadilla were ancient Indian villages, but were some of the most advanced Iroquois cities, complete with "good houses, Square logs, Shingles & stone Chimneys, good Floors, glass windows &c." The two towns had 700 residents between them and even had a grist mill and a saw mill. 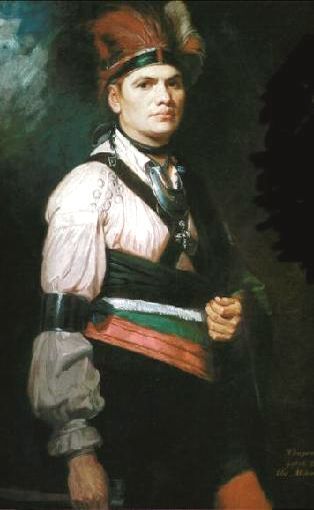 Mohawk Chief Joseph Brant, who was educated in the colonies and had family ties to the British Superintendent of Indian Affairs, led allied Indian and Loyalist attacks on the frontier during the Revolution. One such attack on German Flatts (modern Herkimer), drew a request from New York's Governor George Clinton asking George Washington for the use of Continental Army soldiers to retaliate. Washington agreed and Lt. Col. William Butler was given the task of retaliating.

In early October, Butler left Fort Schoharie with a mixed force of 267 Continental soldiers and militia. On October 6, the force arrived at Unadilla. Butler's scouts came back with a prisoner who informed Butler that most of the residents had fled the town, with most going to Onaquaga. Butler sent part of his troops immediately toward Onaquaga, which they reached on the evening of October 8. The soldiers marched into the city, but, like Unadilla, found it abandoned. The residents of both towns had obviously caught wind of the impending attack. 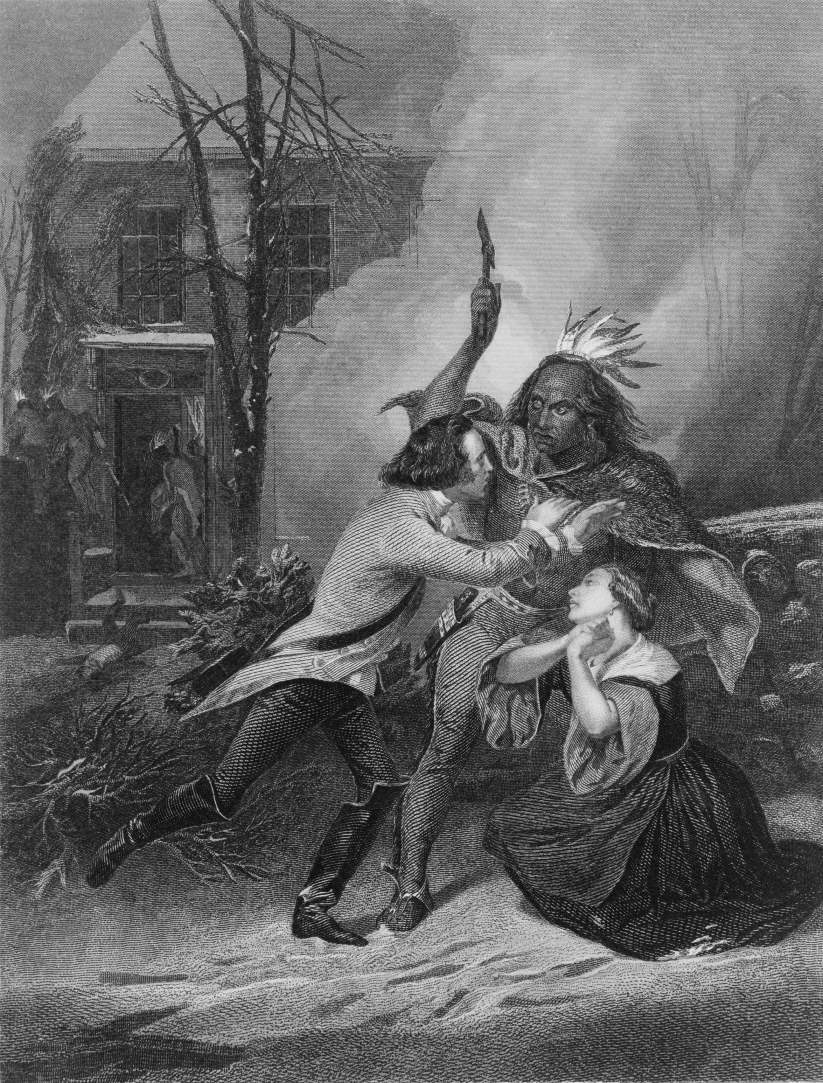 Over the course of the next two days, Onaquaga was completely destroyed. More than 40 houses and the saw mill and grist mill were burned to the ground. Livestock was captured and tons of grain were destroyed. After leaving Onaquaga to return to Fort Schoharie, the troops stopped again at Unadilla on the 10th and destroyed it as well. Every building was razed... except for the home of the prisoner who had helped them.

Throughout the summer and fall, both sides executed a series of attacks against the villages and settlements of the other. The attacks on Onaquaga and Unadilla, however, outraged the Iroquois more than usual. These two towns were some of their most advanced cities and they were rightly proud of them. The response to their destruction came as a bloody attack on Cherry Valley, New York, in November, where 30 settlers and 14 soldiers were killed, including many women and children who were butchered.

The Cherry Valley Massacre, as it came to be called, brought down the full wrath of the Continental Congress, which authorized an expedition to wipe out the Iroquois presence in New York. The Sullivan Expedition was sent to complete this mission the following year. The expedition wiped out dozens of Iroquois villages and destroyed all their crops for the following winter, leading to mass starvation and a mass migration to Quebec where the Indians found solace with their British allies. Even to this day, Iroquois descendants live on reservations created for them when they migrated to Canada after their ancestral towns were destroyed during the Sullivan Expedition.

Return to top of William Butler raids Onaquaga and Unadilla