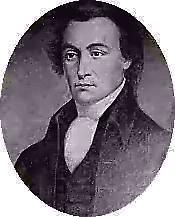 Matthew Thornton was born in Ireland, in 1714, and was brought to this country by his father when he was between two and three years of age. His father, when he emigrated to America, first settled at Wiscasset, in Maine, and in the course of a few years moved to Worcester, in Massachusetts, where he gave his son an academical education, with a view to fit him for one of the learned professions. Matthew chose the medical profession, and at the close of his preparatory studies, he commenced his business career in Londonderry, New Hampshire. He became eminent as a physician, and in the course of a few years acquired a handsome fortune.

In 1745 he was appointed surgeon of the New Hampshire troops, and accompanied them in the expedition against Louisburg.1 After his return he was appointed by the royal governor (Wentworth) a Colonel of Militia, and also a Justice of the Peace. He early espoused the cause of the colonists, and soon, like many others, became obnoxious to the governor. His popularity among the people was a cause of jealousy and alarm on the part of the chief magistrate.

When the provincial government of New Hampshire was organized, on the abdication of Governor Wentworth, Dr Thornton was elected president.2 When the provincial Congress was organized he was chosen Speaker of the House. In September of the same year, 1776, he was appointed a delegate to the Continental Congress for one year, and was permitted to sign his name to the Declaration of Independence, when he took his seat in November.3 In January, 1776, (prior to his election to the Continental Congress) he was appointed a judge of the Superior Court of his State, having previously been elected a member of the Court of Common Pleas. In December of that year, he was again elected to the general Congress for one year from the twenty-third of January, 1777. At the expiration of the term he withdrew from Congress, and only engaged in public affairs as far as his office as judge required his services. He resigned his judgeship in 1782. 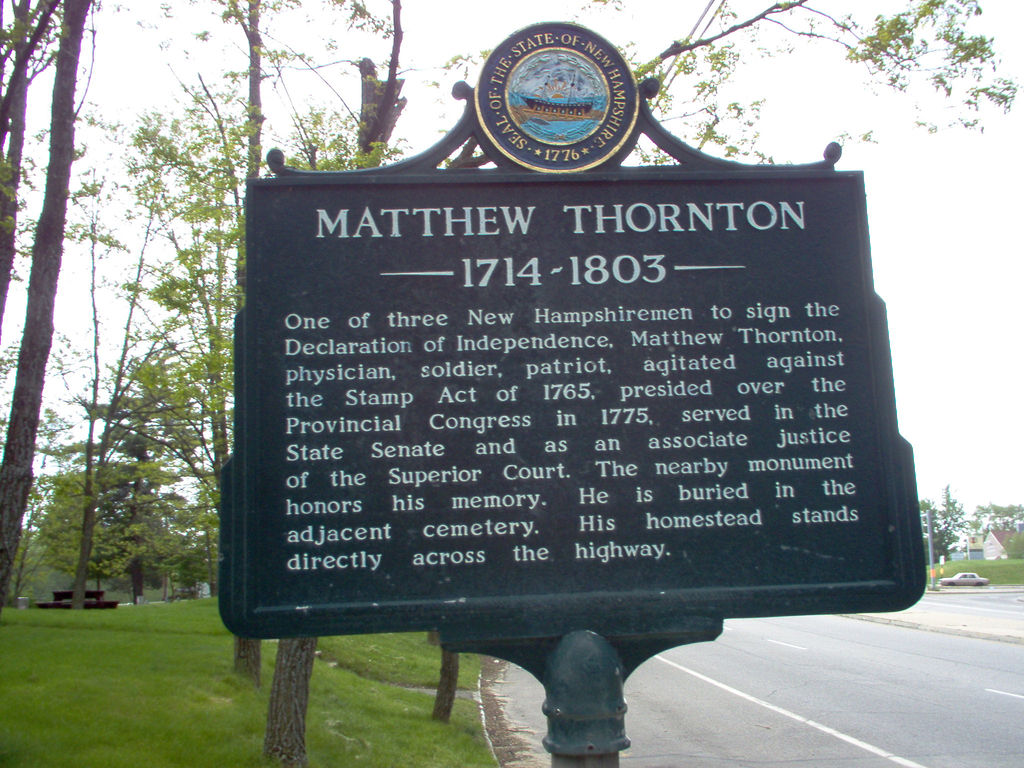 In 1789, Dr. Thornton purchased a farm in Exeter, where he resided until the time of his death, which took place while on a visit to his daughters in Newburyport, Massachusetts, on the twenty-fourth of June, 1803. He was then in the eighty-ninth year of his age.

Dr. Thornton was greatly beloved by all who knew him, and to the close of his long life he was a consistent and zealous Christian. He always enjoyed remarkably good health,4 and, by the practice of those hygeian virtues, temperance and cheerfulness, he attained a patriarchal age.

1 Louisburg was a fortress upon the island of Cape Breton, Nova Scotia, then in possession of the French, and was considered one of the strongest fortifications in America.

2 This provisional government was intrusted to men little experienced in political matters, and only elected for six months, yet they were men of nerve and prudence, and under the advice and direction of the Continental Congress, they succeeded well.

3 Dr. Thornton was not the only one to whom this indulgence was granted. There were several members absent when the vote was taken on the adoption of that instrument on the fourth of July, but who, approving of the measure, subsequently signed their names thereto.

4 At the age of eighty-one he had a severe attack of the hooping cough, which ever afterward caused a weakness of the lungs, and a tendency to pulmonary disease.