Abraham Clark was born at Elizabethtown, in New Jersey, on the fifteenth of February, 1726. He was the only child of his parents, and was brought up in the employment of his father, a farmer.  He was quite studious, but his early education was considerably neglected. In fact, being an only child, he was, as istoo frequently the case, petted, and allowed to follow the  guide of his inclinations; and hence his education might be termed miscellaneous. 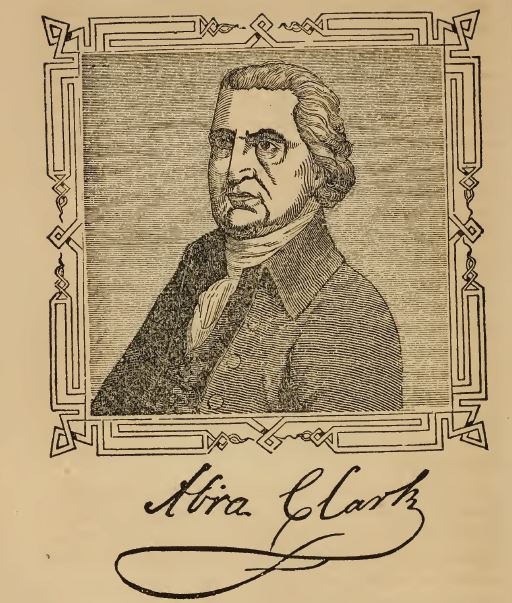 A slender constitution warned him that he could not pursue, successfully, the rough labor of a farm, and he turned his attention to the study of mathematics, and of law. He became a good practical surveyor; and though he never went through a course of legal study, yet he transacted a good deal of law business in Elizabethtown for a number of years, particularly in the drawing up of deeds, mortgages, and other legal papers. He acquired the universal esteem and confidence of the people, and received the enviable title of "Poor man's Counsellor."

Mr. Clark held several offices under the royal government, among which was that of sheriff of Essex county; and in all of them he exhibited great fidelity. But when the question of political freedom or slavery was presented to his mind, he did not for a moment hesitate in his choice, but boldly espoused the republican cause. He was placed upon the first committee of vigilance organized in New Jersey, and was distinguished for his watchfulness and untiring activity. 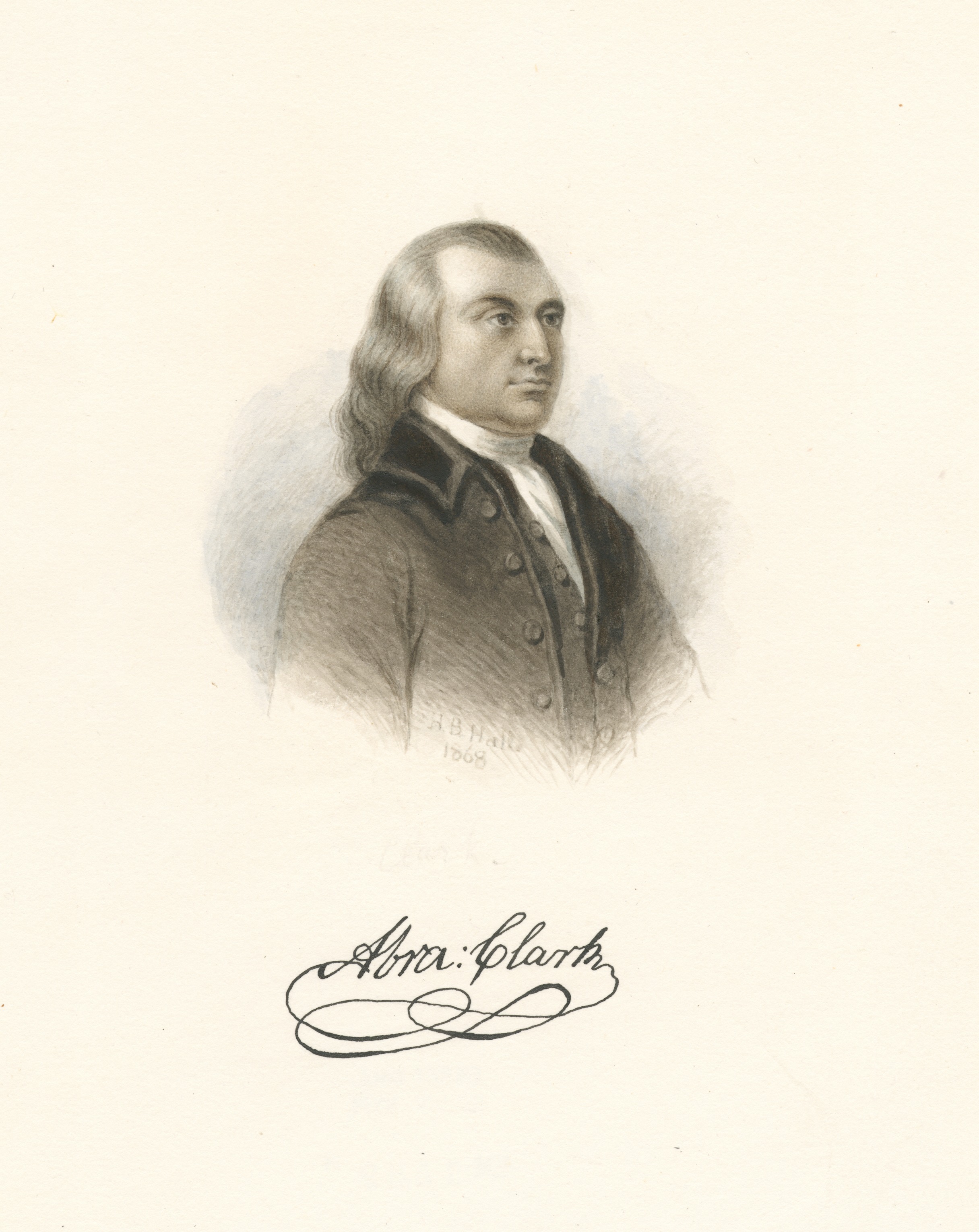 In 1776, Mr. Clark was elected a delegate to the Continental Congress, and having ample instruction from the Provincial Congress of New Jersey, he was not at all at a loss to know how to vote for his constituents, when the proposition of Independence was brought forth. He first took his seat in that body, in June, and he voted for and signed the Declaration of Independence, although, like the rest of his colleagues from New Jersey, he was thus jeoparding the safety of his property, and lives of himself and family* He remained an active member of the General Congress until peace was proclaimed, in 1783, with the exception of one term.

In 1788, Mr. Clark was again elected to the General Congress. In the interim he was a member of the State Legislature, and an active politician. He early perceived the defects of the old confederation, and was one of the delegates elected by New Jersey to the Convention that framed the present Constitution of the United States, in 1787. He was, however, prevented from attending by ill health. He was appointed one of the commissioners for settling the accounts of New Jersey with the General Government, and ably did he discharge the arduous duty. He was elected a member of the first Congress under the present Federal Government, and continued an active member of that body until near the close of his life.

When Congress adjourned, in June, 1794, Mr. Clark retired from public life; and early in the autumn of that year, he died of inflammation of the brain, (caused by a coup de soliel, or "stroke of the sun,") in the sixty-ninth year of his age. He was buried in the church-yard, at Rahway, New Jersey.

Mi. Clark was a warm partisan, and his feelings of attachment ot repulsion were very strong. He had witnessed so much of the cruelty and oppressions of Great Britain, in her war upon the declared freedom of the Colonies, that his feelings of hatred could not be soothed by the treaty of peace, although he patriotically acquiesced in whatever tended to his country's good. He therefore took sides with France when questions concerning her came up in Congress; and, early in 1794, he laid before Congress a resolution for suspending all intercourse with Great Britain, until every item of the treaty of peace should be complied with. It was not sanctioned by Congress.

* Although Mr. Clark did not suffer to person and estate, like Mr. Stockton and Mr. Hart, yet his property was much reduced in value, by his necessary neglect of it. His two son3 took up arms and were captured. They were for a time incarcerated in the Jersey prison-ship, and suffered all the horrors of that confinement, until released by a final exchange of prisoners.