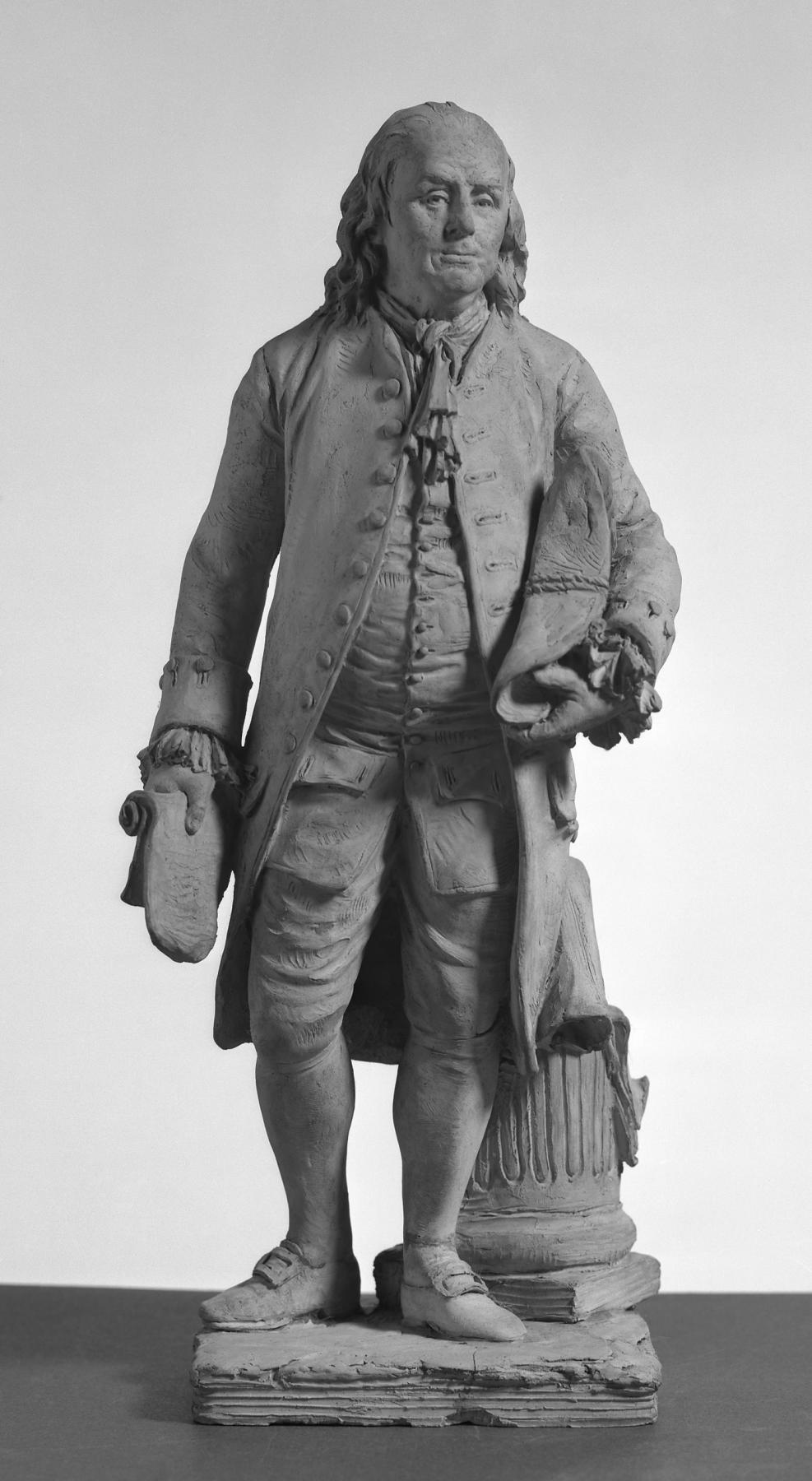 This Benjamin Franklin letter is part of a series of letters Franklin wrote about his studies in electricity. The letters were written mostly to Peter Collinson in London, a member of the Royal Society, who often sent books and other materials to the "Library Company of Philadelphia," an organization which loaned out books to its members which Franklin helped found.

Peter Collinson eventually published Franklin's letters in a book called, "Experiments and Observations on Electricity Made at Philadelphia in America." This book was widely distributed throughout Europe and became the most printed book of the eighteenth century, making Franklin's a household name.

In this particular letter, Franklin thanks Collinson for sending him an apparatus known as an "electrical tube," which was used in various electrical experiments. He tells Collinson that he will send him regular updates on the studies and experiments performed in America using the materials Collinson sent them. You can read more of Franklin's letters about electricity at our Benjamin Franklin and Electricity letters page here.

As you first put us on Electrical Experiments by sending to our Library-Company a Tube with Directions how to use it; and as our honourable Proprietor enabled us to carry those Experiments to a greater Height, by his generous Present of a complete Electrical Apparatus; 'Tis fit that both should know from Time to Time what Progress we make. It was in this View I wrote and sent you my former Papers on this Subject, desiring, that, as I had not the Honour of a direct Correspondence with that bountiful Benefactor to our Library, they might be communicated to him thro' your Hands. In the same View I write and send you this additional Paper. If it happens to bring you Nothing new (which will not be strange, considering the many ingenious Men in Europe continually engaged in the same Researches) at least it will shew, that the Instruments put into our Hands are not neglected, and that if no valuable Discoveries are made by us, whatever may be the Cause, it is not a Want of Industry and Application.

I am, Sir,
Your much obliged
Humble Servant,
B. Franklin.