Boston Town Meeting Resolution
Regarding the Return of Tories
August, 1778

This Boston Town Meeting Resolution was passed by the citizens of Boston in August, 1778 in response to the request of many Tories who had left the city with the British Army to return to the town and live as they had before the start of the war. Over 1,500 people had fled with the British, most of whom ended up in Nova Scotia, others in Canada. John Hancock was chosen moderator of the meeting shortly after he returned to Boston from a period of time serving in the Continental Congress in Philadelphia. The decision seems harsh because it meant all the Tories were banned from returning and also meant they were to lose all of their property and goods permanently, but the patriots of Boston saw them as a very real threat and their support of the British government as the instigation of the Revolutionary War.

Learn more about John Hancock's role in the Revolutionary War at our John Hancock Facts page. 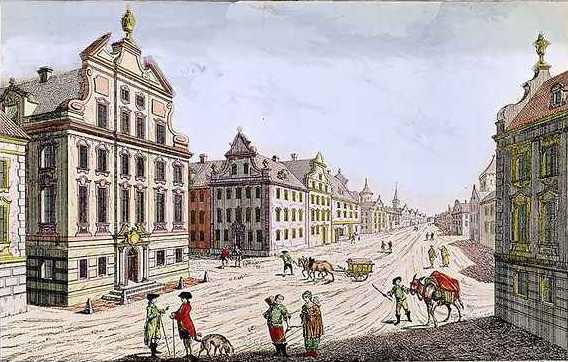 View of the Town Hall Boston by Franz Xavier Habermann

Resolved - that the Inhabitants of this Town will exert themselves to the utmost in supporting the Civil Magistrate in the execution of this Law, [against the Tories], that those professed Enemies to our Rights and Liberties, the first fomentors of our present Troubles, who have left this Country and aided the British Tyrant in his worse than savage measures, to deprive Americans of everything that ought to be held dear and sacred by any People, may not return and enjoy in common, the fruits of what our immortal Patriots, have toil'd and bled to procure us, and in some future time to be again the base and cursed Instruments of British Seducers, in involving a happy People in confusion and bloodshed, in order to realize the reward, and private advantages held out to such Traitors by the enemies of America.