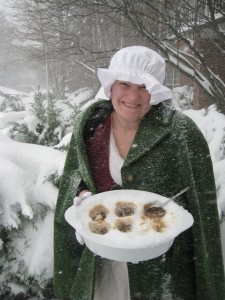 Make some colonial molasses candy, just the way our colonial forefathers made it. The Molasses Act was passed by the British Parliament in 1733 in order to keep out foreign molasses, sugar and rum from the American colonies. It taxed foreign molasses so British producers in the West Indies could sell their goods to the colonies at a lower price. Molasses was extremely important to the colonial economy because it was a chief ingredient of rum. The production of rum was one of the largest industries in the colonies. In addition, molasses was also the chief sweetener for food. For a little fun, here is a quick and easy colonial molasses candy recipe for you!

You will need the following ingredients: