This is a list of John Hancock's personal library upon his death. Hancock was a strong supporter of education. He donated over 1,000 books to Harvard's library and endowed a professorship of languages and Hebrew there. As governor, Hancock supported legislation requiring all towns with more than 200 people to provide a teacher of Latin and Greek for their students and towns with less than that to have a teacher proficient in English. Hancock could afford the best books money could by and his library is larger than the typical home library of the day. 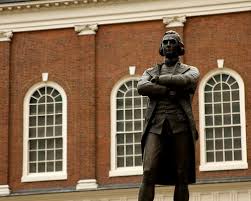