Joseph Warren Letter to the
Inhabitants of Great Britain
April 26, 1775

This Joseph Warren letter to the Inhabitants of Great Britain was written immediately after the events of April 19, 1775, the beginning of the American Revolution. The letter is written by Dr. Joseph Warren, one of Boston's patriot leaders, on behalf of the Massachusetts Provincial Congress. In the letter, Warren endeavors to inform the inhabitants of Great Britain about the atrocities executed on British citizens at the Battles of Lexington and Concord, in an effort to persuade the people of England to come to their defense. Dr. Warren was killed a few months later at the Battle of Bunker Hill. 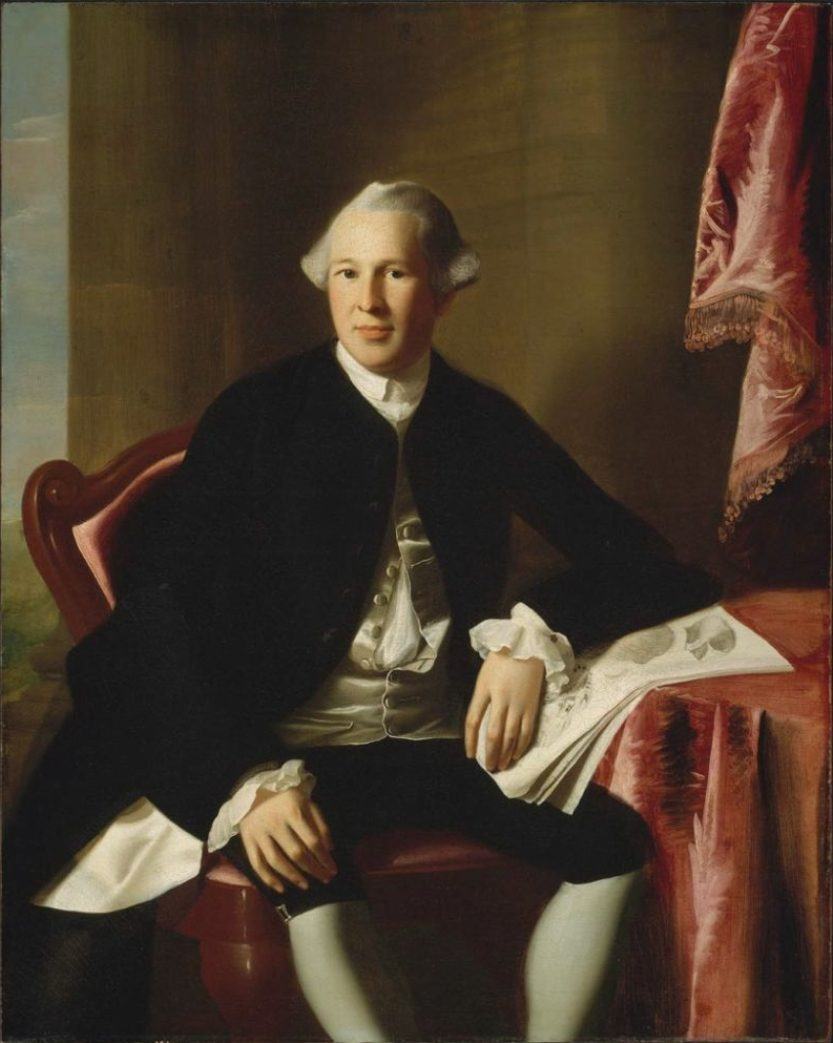 Dr. Warren uses the phrase "appealing to Heaven for the justice of our cause, "we determine to die, or be free." "Appealing to heaven" was a favorite phrase of the colonists, indicating their trust in God to deliver them from the tyrannies of King George. The phrase came from Two Treatises of Government by John Locke and appears frequently in colonial writings and on colonial flags, such as the Washington Cruisers Flag.

Joseph Warren Letter to the
Inhabitants of Great Britain

TO THE INHABITANTS OF GREAT BRITAIN.

Hostilities are at length commenced in this colony, by the troops under command of general Gage; and it being of the greatest importance, that an early, true, and authentic account of this inhuman proceeding should be known to you, the congress of this colony have transmitted the same, and for want of a session of the hon. continental congress, think it proper to address you on this alarming occasion.

By the clearest depositions, relative to this transaction, it will appear, that, on the night preceding the 19th of April, instant, a body of the king's troops, under command of colonel Smith, were secretly landed at Cambridge, with an apparent design to take or destroy the military and other stores, provided for the defence of this colony, and deposited at Concord; that some inhabitants of the colony, on the night aforesaid whilst travelling peaceable on the road between Boston and Concord, were seized and greatly abused by armed men, who appeared to be officers of general Gage's army; that the town of Lexington, by these means, was alarmed, and a company of the inhabitants mustered on the occasion; that the regular troops, on their way to Concord, marched into the said town of Lexington, and the said company, on their approach, began to disperse; that notwithstanding this, the regulars rushed on with great violence, and first began hostilities, by firing on the said Lexington company, whereby, they killed eight, and wounded several others; that the regulars continued their fire until those of the said company, who were neither killed nor wounded, had made their escape; that colonel Smith, with the detachment, then marched to Concord, where a number of provincials were again fired on by the troops, two of them killed and several wounded, before any of the provincials fired on them; and that these hostile measures of the troops produced an engagement that lasted through the day, in which many of he provincials, and more of the regular troops, were killed and wounded.

To give a particular account of the ravages of the troops, as they retreated from Concord to Charles Town, would be very difficult, if not impracticable; let it suffice to say, that a great number of the houses on the road were plundered, and rendered unfit for use; several were burnt; women in child-bed were driven by the soldiery naked into the streets; old men, peaceably in their houses, were shot dead, and such scenes exhibited, as would disgrace the annals of he most uncivilized nations.

These, brethren, are marks of ministerial vengeance against this colony, for refusing, with her sister colonies, a submission to slavery; but they have not yet detached us from our royal sovereign; we profess to be his loyal and dutiful subjects; and so hardly dealt with as we have been, are still ready, with our lives and fortunes, to defend his person, family, crown and dignity; nevertheless, to the persecution and tyranny of his cruel ministry, we will not tamely submit; appealing to Heaven for the justice of our cause, "we determine to die, or be free."

We cannot think that the honor, wisdom, and valor of Britons, will suffer them to be longer inactive spectators of measures, in which they themselves are so deeply interested; measures pursued in opposition to the solemn protests of many noble lords, and expressed sense of conspicuous commons, whose knowledge and virtue have long characterized them as some of the greatest men in the nation; measures, executing, contrary to the interest, petitions, and resolves of many large, respectable counties, cities, and boroughs, in Great Britain; measures highly incompatible with justice, but still pursued with a specious pretence of easing the nation of its burthens; measures which, if successful, must end in the ruin and slavery of Britain, as well as the persecuted American colonies.

We sincerely hope, that the Great Sovereign of the Universe, who hath so often appeared for the English nation, will support you in every rational and manly exertion with these colonies, for saving it from ruin, and that, in a constitutional connection with our mother country, we shall soon be altogether a free and happy people.