Benjamin Franklin writes about his studies in electricity

On this day in history, March 28, 1747, Benjamin Franklin writes about his studies in electricity to his friend Peter Collinson in London. This letter was the first in a series of letters Franklin wrote to Collinson and a few others that were eventually put into a book that made Franklin famous throughout the western world.

Peter Collinson was a merchant and botanist who was also a member of the Royal Society in London. The society's mission was to encourage the study and dissemination of scientific knowledge to make the world a better place. In the 1740s, Collinson became a supporter of the American Philosophical Society in Philadelphia and the Library Company of Philadelphia, both of which were started by Benjamin Franklin. In this role, Collinson was responsible for buying books and equipment for these organizations and sending them to Philadelphia.

In 1743, Benjamin Franklin attended a lecture on electricity in Boston by Scottish doctor Archibald Spencer. Franklin was intrigued with the experiments he saw and wrote to Collinson to find out if he had learned anything about electricity. Collinson responded by sending Franklin an “electric tube,” which was a glass tube that could be used to transfer electrical charge. Franklin commenced a detailed study of electricity and was soon performing “tricks” such as making a woman's hair stand on end, setting alcohol on fire and giving shocks with a kiss. 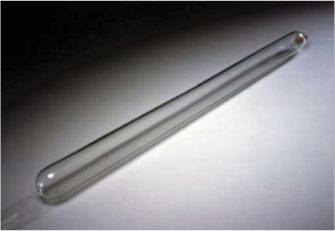 On March 28, 1747, Franklin wrote the first letter to Collinson mentioning his experiments. In the letter, Franklin says he has become so absorbed with his electrical studies and the crowds coming to see his experiments that he hardly has time for everything else. He also states that he will write further about his studies in future letters.

Over the next few years, Franklin wrote a series of letters about his studies. In them, Franklin talked about discovering such things as positive and negative charge and that pointed objects conducted electricity better than blunt objects, the origin of his lightning rod idea.

Collinson recognized the revolutionary nature of Franklin's studies and put several of them together in a book for others to take advantage of. Experiments and Observations on Electricity Made at Philadelphia in America took Europe by storm and quickly made Franklin a household name, especially in France.

This fame was part of the reason Franklin was later sent to France by the Continental Congress during the American Revolution. Franklin's widespread fame and name recognition caused him to receive open doors by the French government to ask for help for the fledgling United States in its war against Great Britain.

Return to top of Benjamin Franklin writes about electricity