Massachusetts Petition to the House of Commons - November 3, 1764

This Massachusetts Petition to the House of Commons of November 3, 1764 is Massachusetts' colonial legislature's formal complaint to Parliament about the provisions of the Sugar Act and the rumored Stamp Act. In particular, it mentions the colonists' belief that Parliament had no constitutional right to tax them, the damage a sugar and molasses tax does to their local economies and the reduced outlets to foreign markets for their produce. The Sugar Act helped instigate colonial opposition to Parliament, eventually leading the colonists to revolt in the American Revolutionary War. You can read the Massachusetts Petition to the House of Commons below.

You can read more about the Sugar Act here. 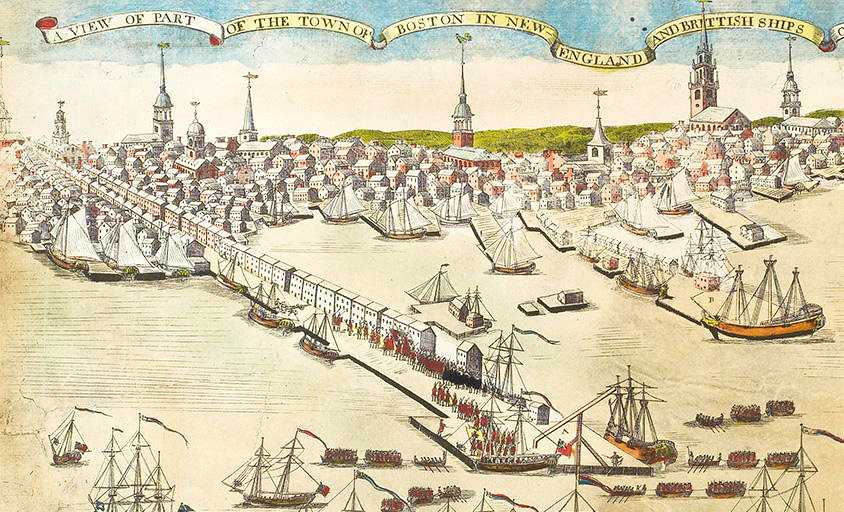 The Massachusetts Petition to the House of Commons

The petition of the Council and House of Representatives of his Majesty's Province of Massachusetts Bay, Most humbly showeth:

That the Act passed in the last session of Parliament, entitled "An act for granting certain duties in the British colonies and plantations in America," etc., must necessarily bring many burdens upon the inhabitants of these colonies and plantations, which your petitioners conceive would not have been imposed if a full representation of the state of the colonies had been made to your honourable House. That the duties laid upon foreign sugars and molasses by a former Act of Parliament entitled "an Act for the better securing and encouraging the trade of his Majesty's sugar colonies in America," if the Act had been executed with rigour, must have had the effect of an absolute prohibition.

That the duties laid on those articles by the present Act still remain so great that, however otherwise intended, they must undoubtedly have the same effect. That the importation of foreign molasses into this province in particular is of the greatest importance, and a prohibition will be prejudicial to many branches of its trade and will lessen the consumption of the manufactures of Great Britain. That this importance does not arise merely, nor principally, from the necessity of foreign molasses in order to its being consumed or distilled within the province. That if the trade for many years carried on for foreign molasses can be no longer continued, a vent cannot be found for more than one half the fish of inferior quality which are caught and cured by the inhabitants of the province, the French not permitting fish to be carried by foreigners to any of their islands, unless it be bartered or exchanged for molasses.

That if there be no sale of fish of inferior quality it will be impossible to continue the fishery, the fish usually sent to Europe will then cost so dear that the French will be able to undersell the English at all the European markets; and by this means one of the most valuable returns to Great Britain will be utterly lost, and that great nursery of seamen destroyed.

That the restraints laid upon the exportation of timber, boards, staves, and other lumber from the colonies to Ireland and other parts of Europe, except Great Britain, must greatly affect the trade of this province and discourage the clearing and improving of the lands which are yet uncultivated.

That the powers given by the late Act to the court of vice-admiralty, instituted over all America, are so expressed as to leave it doubtful, whether goods seized for illicit importation in any one of the colonies may not be removed, in order to trial, to any other colony where the judge may reside, although at many hundred miles distance from the place of seizure.

That if this construction should be admitted, many persons, however legally their goods may have been imported, must lose their property, merely from an inability of following after it, and making that defence which they might do if the trial had been in the colony where the goods were seized.

That this construction would be so much the more grievous, seeing that in America the officers by this Act are indemnified in case of seizure whenever the judge of admiralty shall certify that there was probable cause; and the claimant can neither have costs nor maintain an action against the person seizing, how much soever he may have expended in defence of his property.

That the extension of the powers of courts of vice-admiralty has, so far as the jurisdiction of the said courts hath been extended, deprived the colonies of one of the most valuable of English liberties, trials by juries.

That every Act of Parliament, which in this respect distinguishes his Majesty's subjects in the colonies from their fellow subjects in Great Britain, must create a very sensible concern and grief.

That there have been communicated to your petitioners sundry resolutions of the House of Commons in their last session for imposing stamp duties or taxes upon the inhabitants of the colonies, the consideration whereof was referred to the next session. That your petitioners acknowledge with all gratitude the tenderness of the legislature of Great Britain of the liberties of the subjects in the colonies, who have always judged by their representatives both of the way and manner in which internal taxes should be raised within their respective governments, and of the ability of the inhabitants to pay them.

That they humbly hope the colonies in general have so demeaned themselves, more especially during the late war, as still to deserve the continuance of all those liberties which they have hitherto enjoyed.

That although during the war the taxes upon the colonies were greater than they have been since the conclusion of it, yet the sources by which the inhabitants were enabled to pay their taxes having ceased, and their trade being decayed, they are not so able to pay the taxes they are subjected to in time of peace as they were the greater taxes in time of war.

That one principal difficulty which has ever attended the trade of the colonies, proceeds from the scarcity of money, which scarcity is caused by the balance of trade with Great Britain, which has been continually against the colonies. That the drawing sums of money from the colonies from time to time must distress the trade to that degree that eventually Great Britain may lose more by the diminution of the consumption of her manufactures than all the sums which it is possible for the colonies thus to pay can countervail.

That they humbly conceive if the taxes which the inhabitants of this province are obliged annually to pay towards the support of the internal government, the restraint they are under in their trade for the benefit of Great Britain, and the consumption thereby occasioned of British manufactures, be all considered and have their due weight it must appear that the subjects of this province are as fully burdened as their fellow subjects in Britain, and that they are, whilst in America, more beneficial to the nation than they would be if they should be removed to Britain and there held to a full proportion of the national taxes and duties of every kind.

Your petitioners, therefore, most humbly pray that they may be relieved from the burdens which, they have humbly represented to have been brought upon them by the late Act of Parliament, as to the wisdom of the honourable House shall seem meet, that the privileges of the colonies relative to their internal taxes which they have so long enjoyed, may still be referred, until your petitioners, in conjunction with the other governments, can have opportunity to make a more full representation of the state and the condition of the colonies and the interest of Great Britain with regard to them.