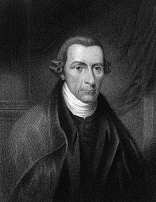 "That religion, or the duty which we owe to our Creator, and the manner of discharging it, can be directed only by reason and conviction, not by force or violence; and therefore all men are equally entitled to the free exercise of religion, according to the dictates of conscience; and that it is the mutual duty of all to practice Christian forbearance, love, and charity towards each other." - Article 16, Draft of the First Constitution of the Commonwealth of Virginia (Henry was a member of the drafting committee), June 12, 1775

"If you speak of solid information and sound judgment, Colonel Washington is, unquestionably the greatest man on that floor." - Comment on George Washington, October, 1775

"O sir, we should have fine times, indeed, if, to punish tyrants, it were only sufficient to assemble the people! Your arms, wherewith you could defend yourselves, are gone; and you have no longer an aristocratical, no longer a democratical spirit. Did you ever read of any revolution in a nation, brought about by the punishment of those in power, inflicted by those who had no power at all?" - Speech in the Virginia Ratifying Convention, June 5, 1778

"Guard with jealous attention the public liberty. Suspect everyone who approaches that jewel. Unfortunately, nothing will preserve it but downright force. Whenever you give up that force, you are ruined... The great object is that every man be armed. Everyone who is able might have a gun." - Speech to the Virginia Ratifying Convention, June 5, 1778

"It is vain, sir, to extenuate the matter. Gentlemen may cry, Peace, peace! But there is no peace. The war is actually begun! The next gale that sweeps from the north will bring to our ears the clash of resounding arms! Our brethren are already in the field! Why stand we here idle? What is it that gentlemen wish? What would they have? Is life so dear or peace so sweet as to be purchased at the price of chains and slavery? Forbid it, Almighty God! I know not what course others may take; but as for me, give me liberty or give me death!" - Speech at the Second Virginia Convention at St. John's Church, Richmond, Virginia, March 23, 1779

"Suspicion is a virtue as long as its object is the public good, and as long as it stays within proper bounds. ...Guard with jealous attention the public liberty. Suspect every one who approaches that precious jewel." - Speech on the Federal Constitution, June 5, 1788

"Is the relinquishment of the trial by jury and the liberty of the press necessary for your liberty? Will the abandonment of your most sacred rights tend to the security of your liberty? Liberty, the greatest of all earthly blessings - give us that precious jewel, and you may take every things else! Guard with jealous attention the public liberty. Suspect every one who approaches that jewel." - Speech in the Virginia Convention, June 5, 1788 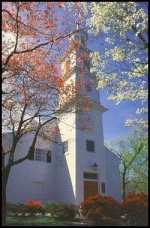 "Eloquence has been defined to be the art of persuasion. If it included persuasion by convincing, Mr. Madison was the most eloquent man I ever heard." - Referring to James Madison, November 12, 1790

"The view which the rising greatness of our country presents to my eye is greatly tarnished by the general prevalence of deism which with me, is but another name for vice and depravity. I am, however, much consoled by reflecting, that the religion of Christ has, from its first appearance in the world, been attacked in vain by all the wits, philosophers, and wise ones aided by every power of man, and its triumph has been complete. What is there in the wit or wisdom of the present deistical writers or professors, that can compare them with Hume, Shaftsbury, Bolingbroke, and others? And yet these have been confuted, and their fame decaying: insomuch that the puny efforts of Paine are thrown in to prop their tottering fabric, whose foundations cannot stand the test of time. Amongst other strange things said of me, I hear it is said by the deists that I am one of their number: and indeed, that some good people think I am no Christian. This thought gives me much more pain than the appellation of Tory: because I think religion of infinitely higher importance than politics; and I find much cause to reproach myself that I have lived so long and have given no decided proofs of my being a Christian. But indeed, my dear child, this is a character I prize far above all this world has or can boast." - Letter to Betsy Aylett, his daughter, August 20, 1796

"This is all the inheritance I can give my dear family. The religion of Christ can give them one which will make them rich indeed." - Last Will and Testament, November 20, 1798

"United we stand, divided we fall, Let us not split into factions which must destroy that union upon which our existence hangs." - Last Public Speech Before His Death, March 4, 1799

"But, as to France, I have no doubt in saying, that to her it will be calamitous. Her conduct has made it the interest of the great family of mankind to wish the downfall of her present government: because its existence is incompatible with that of all others within its reach. And, whilst I see the dangers that threaten ours from her intrigues and her arms, I am not so much alarmed as at the apprehension of her destroying the great pillars of all government and of social life: I mean virtue, morality, and religion. This is the armor, my friend, and this alone, that renders us invincible." - Letter to Archibald Blair, January 8, 1799

"Doctor, I wish you to observe how real and beneficial the religion of Christ is to a man about to die... I am, however, much consoled by reflecting that the religion of Christ has, from its first appearance in the world, been attacked in vain by all the wits, philosophers, and wise ones, aided by every power of man, and its triumphs have been complete." - On his deathbed, June, 1799

St. John's Episcopal Church, Richmond, VA was the church where Patrick Henry was a member. The church hosted the delegates of the Provincial Virginia Assembly and was the location of Patrick Henry's "Give Me Liberty or Give Me Death" speech. It is still an active church today. Go to the church's website here for historical and current information.

Red Hill is the last home of Patrick Henry. You can visit the historic site today and see his last law office, a replica of his home and lots of Patrick Henry memorabilia. Go to the Red Hill website here.