Preliminary Treaty of Paris is signed 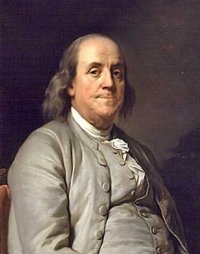 On this day in history, November 30, 1782, the preliminary Treaty of Paris is signed, bringing the hostilities of the American Revolution to a close. The British government became more disposed to achieving peace with the Americans after the surrender of General Charles Lord Cornwallis and the loss of several of its possessions to France and Spain.

The United States was prevented from dealing directly with Great Britain due to its alliance with France, having promised that it would not negotiate with Britain without them. Nonetheless, messages were exchanged between Ben Franklin in Paris and Prime Minister, Lord Shelburne's peace commissioner in Paris, Richard Oswald, seeking common ground on which a preliminary peace could be formed.

The United States demanded full recognition by Britain as a sovereign nation, removal of British troops from its territory and fishing rights off Newfoundland. At first, Britain wanted the United States to remain as British possessions, but with greater autonomy. This was rejected by Ben Franklin, who wanted all of Canada for the United States as part of the deal. Britain rejected this proposal.

The negotiations continued in secret and John Jay and John Adams joined Franklin. Due to the exposure of some secret meetings between Britain and France and to his distrust of the French, John Jay, began negotiating directly with the British, against the wishes of Franklin and unbeknownst to France. Formal talks began in September and the remaining difficulties were ironed out over the next two months. 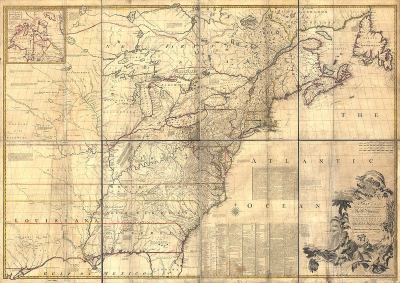 Mitchell Map, 1755 The Mitchell Map, created by mapmaker John Mitchell in 1755, was used to establish the boundaries of the United States during the negotiations of the Treaty of Paris. Several mistakes in the map contributed to boundary disputes later with Britain in the north and Spain in the South. close to see the details of the map.

Two days after America's 4th peace commissioner, Henry Laurens, arrived, a preliminary agreement was signed on November 30, 1782, which recognized the United States and established its boundaries, roughly being from the Mississippi to the Atlantic and from the Great Lakes to Florida. The preliminary Treaty of Paris also granted the US the right to fish off Newfoundland and granted both Britain and the US the right to use the Mississippi River.

Congress was to "earnestly recommend" to the states that they refund any property taken from Loyalists during the war and creditors on both sides were given full rights to recover all debts. Prisoners were to be released on both sides and all American property was to be left undamaged by British troops when they left.

The preliminary Treaty of Paris was ratified by Parliament on January 20, 1783 and by Congress on April 15. A ceasefire was declared by Britain on February 4 and by America on April 11th. The final official Treaty of Paris was signed by the commissioners on September 3, 1783, ratified by Congress on January 14, 1784 and by Great Britain on April 9, 1784. The ratified documents were exchanged once and for all in Paris on May 12, 1784, bringing the American Revolution to an end.