Rights of the British Colonies
Asserted and Proved -
James Otis, 1764 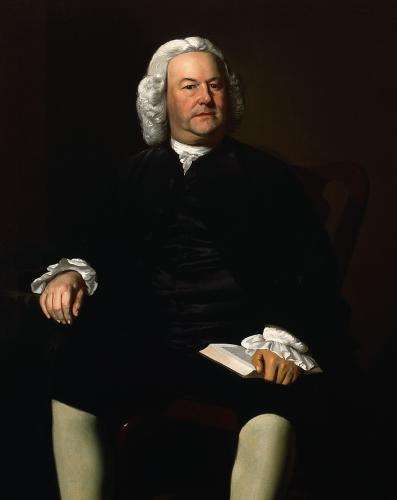 Rights of the British Colonies Asserted and Proved was written by James Otis in response to the Sugar Act and the rumored Stamp Act. The colonists believed firmly that rulers could only make laws and tax their subjects with the consent of those being governed through their elected representatives. Since the colonists had no elected representatives in Parliament, the taxes they imposed through these acts were unconstitutional and violated their rights as British citizens and indeed, as human beings. This pamphlet helped establish James Otis as a leader in the rising protests against tyrannical British rule in the colonies that eventually led to the American Revolutionary War. You can read Rights of the British Colonies Asserted and Proved below.

You can also read more about the Sugar Act here.

The Rights of the British Colonies Asserted and Proved

Let no Man think I am about to commence advocate for despotism, because I affirm that government is founded on the necessity of our natures; and that an original supreme Sovereign, absolute, and uncontroulable, earthly power must exist in and preside over every society; from whose final decisions there can be no appeal but directly to Heaven. It is therefore originally and ultimately in the people. I say supreme absolute power is originally and ultimately in the people; and they never did in fact freely, nor can they rightfully make an absolute, unlimited renunciation of this divine right. It is ever in the nature of the thing given in trust, and on a condition, the performance of which no mortal can dispence with; namely, that the person or persons on whom the sovereignty is confer'd by the people, shall incessantly consult their good. Tyranny of all kinds is to be abhor'd, whether it be in the hands of one, or of the few, or of the many. -- And tho' "in the last age a generation of men sprung up that would flatter Princes with an opinion that they have a divine right to absolute power;" yet "slavery is so vile and miserable an estate of man, and so directly opposite to the generous temper and courage of our nation, that 'tis hard to be conceived that an englishman, much less a gentleman, should plead for it." Especially at a time when the finest writers of the most polite nations on the continent of Europe, are enraptured with the beauties of the civil constitution of Great-Britain; and envy her, no less for the freedom of her sons, than for her immense wealth and military glory.

But let the origin of government be placed where it may, the end of it is manifestly the good of the whole. Salus populi supreme lex esto, is of the law of nature, and part of that grand charter given the human race, (tho' too many of them are afraid to assert it,) by the only monarch in the universe, who has a clear and indisputable right to absolute power; because he is the only One who is omniscient as well as omnipotent.

It is evidently contrary to the first principles of reason, that supreme unlimited power should be in the hands of one man. It is the greatest "idolatry, begotten by flattery, on the body of pride," that could induce one to think that a single mortal should be able to hold so great a power, if ever so well inclined. Hence the origin of deifying princes: It was from the trick of gulling the vulgar into a belief that their tyrants were omniscient, and that it was therefore right, that they should be considered as omnipotent. Hence the Dii majorum et minorum gentium; the great, the monarchical, the little Provincial subordinate and subaltern gods, demigods, and semidemi-gods, ancient and modern. Thus deities of all kinds were multiplied and increased in abundance; for every devil incarnate, who could enslave a people, acquired a title to divinity; and thus the "rabble of the skies" was made up of locusts and caterpillars; lions, tygers and harpies; and other devourers translated from plaguing the earth!

The end of government being the good of mankind, points out its great duties: It is above all things to provide for the security, the quiet, and happy enjoyment of life, liberty, and property. There is no one act which a government can have a right to make, that does not tend to the advancement of the security, tranquility and prosperity of the people. If life, liberty and property could be enjoyed in as great perfection in solitude, as in society, there would be no need of government. But the experience of ages has proved that such is the nature of man, a weak, imperfect being; that the valuable ends of life cannot be obtained without the union and assistance of many. Hence 'tis clear that men cannot live apart or independent of each other: In solitude men would perish; and yet they cannot live together without contests. These contests require some arbitrator to determine them. The necessity of a common, indifferent and impartial judge, makes all men seek one; tho' few find him in the sovereign power, of their respective states or any where else in subordination to it.

Government is founded immediately on the necessities of human nature, and ultimately on the will of God, the author of nature; who has not left it to men in general to choose, whether they will be members of society or not, but at the hazard of their senses if not of their lives. Yet it is left to every man as he comes of age to chuse what society he will continue to belong to. Nay if one has a mind to turn Hermit, and after he has been born, nursed, and brought up in the arms of society, and acquired the habits and passions of social life, is willing to run the risque of starving alone, which is generally most unavoidable in a state of hermitage, who shall hinder him? I know of no human law, founded on the law of nature, to restrain him from separating himself from the species, if he can find it in his heart to leave them; unless it should be said, it is against the great law of self-preservation: But of this every man will think himself his own judge.

The few Hermits and Misanthropes that have ever existed, show that those states are unnatural. If we were to take out from them, those who have made great worldly gain of their godly hermitage, and those who have been under the madness of enthusiasm, or disappointed hopes in their ambitious projects, for the detriment of mankind; perhaps there might not be left ten from Adam to this day.

The form of government is by nature and by right so far left to the individuals of each society, that they may alter it from a simple democracy or government of all over all, to any other form they please. Such alteration may and ought to be made by express compact: But how seldom this right has been asserted, history will abundantly show. For once that it has been fairly settled by compact; fraud force or accident have determined it an hundred times. As the people have gained upon tyrants, these have been obliged to relax, only till a fairer opportunity has put it in their power to encroach again.

But if every prince since Nimrod had been a tyrant, it would not prove a right to tyranize. There can be no prescription old enough to supersede the law of nature, and the grant of God almighty; who has given to all men a natural right to be free, and they have it ordinarily in their power to make themselves so, if they please.

Government having been proved to be necessary by the law of nature, it makes no difference in the thing to call it from a certain period, civil. This term can only relate to form, to additions to, or deviations from, the substance of government: This being founded in nature, the super-structures and the whole administration should be conformed to the law of universal reason. A supreme legislative and supreme executive power, must be placed somewhere in every common-wealth: Where there is no other positive provision or compact to the contract, those powers remain in the whole body of the people. It is also evident there can be but one best way of depositing those powers; but what that way is, mankind have been disputing in peace and in war more than five thousand years. If we could suppose the individuals of a community met to deliberate, whether it were best to keep those powers in their own hands, or dispose of them in trust, the following questions would occur -- Whether those two great powers of Legislation and Execution should remain united? If so, whether in the hands of the many, or jointly or severally in the hands of a few, or jointly in some one individual? If both those powers are retained in the hands of the many, where nature seems to have placed them originally, the government is a simple democracy, or a government of all over all. This can be administered, only by establishing it as a first principle, that the votes of the majority shall be taken as the voice of the whole. If those powers are lodged in the hands of a few, the government is an Aristocracy or Oligarchy. Here too the first principles of a practicable administration is that the majority rules the whole. If those great powers are both lodged in the hands of one man, the government is a simple Monarchy, commonly, though falsly called absolute, if by that term is meant a right to do as one pleases. -- Sic volo, sic jubeo, stet pro ratione voluntas, belongs not of right to any mortal man.

The same law of nature and of reason is equally obligatory on a democracy, an aristocracy, and a monarchy: Whenever the administrators, in any of those forms, deviate from truth, justice and equity, they verge towards tyranny, and are to be opposed; and if they prove incorrigible, they will be deposed by the people, if the people are not rendered too abject. Deposing the administrators of a simple democracy may sound oddly, but it is done every day, and in almost every vote. A.B. & C. for example, make a democracy. Today A & B are for so vile a measure as a standing army. Tomorrow B & C vote it out. This is as really deposing the former administrators, as setting up and making a new king is deposing the old one. Democracy in the one case, and monarchy in the other, still remain; all that is done is to change the administration.

The first principle and great end of government being to provide for the best good of all the people, this can be done only by a supreme legislative and executive ultimately in the people, or whole community, where God has placed it; but the inconveniencies, not to say impossibility, attending the consultations and operations of a large body of people have made it necessary to transfer the power of the whole to a few: This necessity gave rise to deputation, proxy or a right of representation.