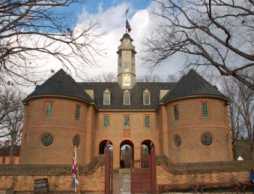 And you can read more about the Sugar Act here.

To the Honourable the Knights, Citizens, and Burgesses of Great Britain in Parliament assembled:

The Remonstrance of the Council and Burgesses of Virginia. It appearing by the printed votes of the House of Commons of Great Britain in Parliament assembled that in a committee of the whole House, the 17th day of March last, it was resolved that towards defending, protecting, and securing the British colonies and plantations in America, it may be proper to charge certain stamp duties in the said colonies and plantations; and it being apprehended that the same subject, which was then declined, may be resumed and further pursued in a succeeding session, the Council and Burgesses of Virginia, met in General Assembly, judge it their indispensable duty, in a respectful manner but with decent firmness, to remonstrate against such a measure, that at least a cession of those rights, which in their opinion must be infringed by that procedure, may not be inferred from their silence, at so important a crisis.

They conceive it is essential to British liberty that laws imposing taxes on the people ought not to be made without the consent of representatives chosen by themselves; who, at the same time that they are acquainted with the circumstances of their constituents, sustain a proportion of the burden laid on them. This privilege, inherent in the persons who discovered and settled these regions, could not be renounced or forfeited by their removal hither, not as vagabonds or fugitives, but licensed and encouraged by their prince and animated with a laudable desire of enlarging the British dominion, and extending its commerce. On the contrary, it was secured to them and their descendants, with all other rights and immunities of British subjects, by a royal charter, which hath been invariably recognized and confirmed by his Majesty and his predecessors in their commissions to the several governors, granting a power, and prescribing a forum of legislation; according to which, laws for the administration of justice, and for the welfare and good government of the colony, have been hitherto enacted by the Governor, Council, and General Assembly, and to them requisitions and applications for supplies have been directed by the Crown. As an instance of the opinion which former sovereigns entertained of these rights and privileges, we beg leave to refer to three acts of the General Assembly passed in the 32d year of the reign of King Charles II (one of which is entitled An Act for raising a Public Revenue for the better Support of the Government of his Majesty's Colony of Virginia, imposing several duties for that purpose) which they thought absolutely necessary, were prepared in England, and sent over by their then governor, the Lord Culpepper, to be passed by the General Assembly, with a full power to give the royal assent thereto; and which were accordingly passed, after several amendments were made to them here. Thus tender was his Majesty of the rights of his American subjects; and the remonstrants do not discern by what distinction they can be deprived of that sacred birthright and most valuable inheritance by their fellow subjects, nor with what propriety they can be taxed or affected in their estates by the Parliament, wherein they are not, and indeed cannot, constitutionally be represented. And if it were proper for the Parliament to impose taxes on the colonies at all, which the remonstrants take leave to think would be inconsistent with the fundamental principles of the constitution, the exercise of that power at this time would be ruinous to Virginia, who exerted herself in the late war, it is feared, beyond her strength, insomuch that to redeem the money granted for that exigence her people are taxed for several years to come; this with the large expenses incurred for defending the frontiers against the restless Indians, who have infested her as much since the peace as before, is so grievous that an increase of the burden will be intolerable; especially as the people are very greatly distressed already from the scarcity of circulating cash amongst them, and from the little value of their staple at the British markets.

And it is presumed that adding to that load which the colony now labours under will not be more oppressive to her people than destructive of the interests of Great Britain; for the plantation trade, confined as it is to the mother country, hath been a principal means of multiplying and enriching her inhabitants; and if not too much discouraged, may prove an inexhaustible source of treasure to the nation. For satisfaction in this point, let the present state of the British fleets and trade be compared with what they were before the settlement of the colonies; and let it be considered that whilst property in land may be acquired on very easy terms, in the vast uncultivated territory of North America, the colonists will be mostly, if not wholly, employed in agriculture; whereby the exportation of their commodities of Great Britain, and the consumption of their manufactures supplied from thence, will be daily increasing. But this most desirable connection between Great Britain and her colonies, supported by such a happy intercourse of reciprocal benefits as is continually advancing the prosperity of both, must be interrupted, if the people of the latter, reduced to extreme poverty, should be compelled to manufacture those articles they have been hitherto furnished with from the former.

From these considerations it is hoped that the honourable House of Commons will not prosecute a measure which those who may suffer under it cannot but look upon as fitter for exiles driven from their native country, After ignominiously forfeiting her favours and protection, than for the prosperity of Britons who have at all times been forward to demonstrate all due reverence to the mother kingdom, and are so instrumental in promoting her glory and felicity; and that British patriots will never consent to the exercise of anticonstitutional power, which even in this remote corner may be dangerous in its example to the interior parts of the British Empire, and will certainly be detrimental to its commerce.