On this day in history, October 5, 1775, Congress is informed of Dr. Benjamin Church's treason. Dr. Church was deeply involved in the patriot movement in Boston, having close relations with such people as Paul Revere, Samuel Adams, Joseph Warren and John Hancock. The interception of a coded letter to a British soldier revealed that he had been sending intelligence to the British all along. 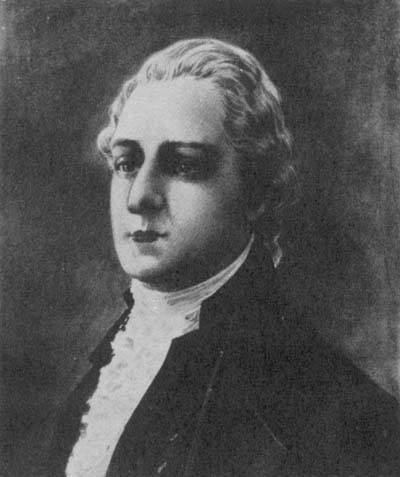 Benjamin Church was born into a prominent Boston family. He studied medicine in London and built a lucrative medical practice in Boston, where he became known as a skilled surgeon. Prior to the Revolution, Church was involved in the Sons of Liberty movement. He nursed several of the wounded after the Boston Massacre and his prominence as a member of the patriot movement grew when he delivered the annual oration on the anniversary of the massacre in 1773.

Church was elected to the rebel Provincial Congress in 1774. He became a member of the Committee of Safety, which was charged with the military preparation of the colony. In these positions, Dr. Church was at the heart of the rebel movement, but his treasonous activities went undiscovered. After the Battle of Lexington, Church was seen meeting with British General Thomas Gage in Boston, which aroused suspicion, but Church said he had been detained and then released and the suspicions were put to rest. 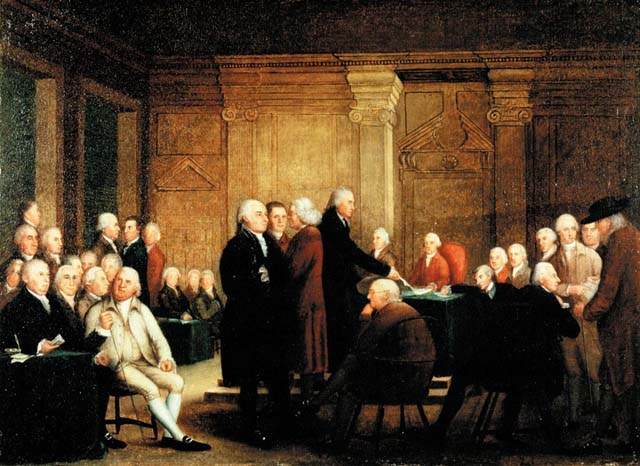 In July of 1775, Church attempted to send a letter through his mistress to a British Major Cane. The woman asked another of her suitors to take her to certain British officials to deliver the letter, but he refused. She then left the letter with him and asked him to deliver it. The man was suspicious and opened the letter, but it was written in code and he couldn't read it so he set it aside.

Some time later, he received an anxious letter from the woman asking what he had done with the letter. This aroused his suspicion again and he delivered the letter to patriot officials. The letter contained information about American troop strength and positions around Boston, but it had no indication of who wrote it. When the woman was questioned, she disclosed that Dr. Church was the author.

On October 4, Washington oversaw a court-martial that found Church guilty of collaborating with the enemy and referred the matter to Congress for judgment. On October 5, Washington wrote to Congress and informed them of Dr. Church's treason. Congress had Church confined in prison in Connecticut. After some time, he was released due to ill health and was finally allowed to leave the country in 1778. He sailed for the West Indies, but the ship was never heard from again and is presumed to have been lost at sea.

The extent of Church's treason was unknown for generations, but in the early 20th century, General Gage's records of correspondence were finally opened to the public and numerous letters from Church were discovered. The letters revealed that Church had been delivering sensitive information to Gage for quite some time, earning him a place on the list of America's most notorious traitors.