Modern Eminent Domain cases have not focused much on simple cases where the government takes someone's land for a public project like a bridge or highway. Usually, they have to do with the government's regulation of privately held property.

You can read more about the history and meaning of the Eminent Domain Clause here.

For example, in a case called Lucas v. South Carolina Coastal Council, 1992, the Supreme Court ruled that a South Carolina land use regulation deprived a coastal land owner of any possible economic benefit from his land. The land owner wanted to build homes on his land and was not allowed to according to the terms of the land use regulations, which were designed to protect endangered wetlands.

The Court said that preventing Mr. Lucas from gaining any economic benefit from his land had the same effect as "taking" the land, and that, therefore, he was entitled to compensation according to the Eminent Domain Clause. 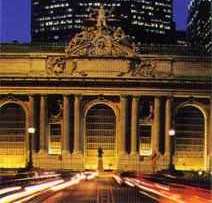 Probably the most famous of all Eminent Domain cases is Penn Central Transportation Co. v. New York City, 1978. In this case, Penn Central Transportation Company wanted to construct a very tall office tower above its already existing railroad station and smaller office building, known as Grand Central Terminal. The existing building was considered to be a unique landmark of New York City because of its design and style. Penn Central was in decline because of falling railroad usage and wanted to use its airspace above the existing building to generate more income.

In order to build, Penn Central had to present its plans to the New York City Landmarks Preservation Commission. The Commission ruled that Penn Central could not go through with its project because the new development would change the existing landmark too much. Penn Central sued in court, saying that the city's regulation of landmarks amounted to an Eminent Domain Clause "taking" of their private property rights. They said if the city was allowed to regulate them in this way, they should be compensated according to the 5th Amendment Eminent Domain Clause.

The Supreme Court ruled against Penn Central. The Court said first of all that there is no set procedure for ruling when an economic loss as a result of government regulations must be compensated. It said the circumstances of each case must be judged individually. This view, of course, leads to a wide variety of interpretations of the law.

The Court said that in order for an Eminent Domain Clause "taking" to occur as a result of a regulation, and not an actual property transfer, the current use of the property must be damaged by the regulation. The Court cited United States vs. Causby, 1946. In that case, a chicken farmer received compensation for his property which was no longer usable due to local airport traffic over his land. The current use of his land, chicken farming, was damaged by the government's activity.

Likewise, in Portsmouth Co. vs. United States, 1922, a land owner was compensated for an Eminent Domain Clause regulatory "taking," when the government opened up a shooting range near his land. The loud noise damaged the land's current use.

Since Penn Central's current use of its property, which was used as a railroad station and office building, was not damaged, the Court said it was not entitled to compensation as required by the Eminent Domain Clause. The Court said Penn Central was quite able to continue using the building in the way that it always had. 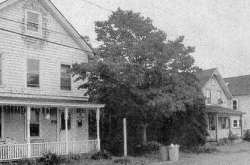 In a very publicized 2005 case, Kelo vs. City of New London, the Supreme Court ruled that a city could seize, through use of the Eminent Domain Clause, private homes that were in good condition, and transfer them to another private property developer, for a local economic development project.

The home owners sued the city, claiming that the reason for taking their land was not for "public use," as required by the Eminent Domain Clause, but rather was for private use because the land would be given to another private party. The city contended that the project was an economic development project that would benefit everyone in the city with new jobs and new places to live and shop and therefore met the Eminent Domain Clause's "public use" requirement.

The Court agreed with the city, though it was a close 5-4 vote. The justices in the majority used the "public benefit" reasoning mentioned earlier. If the reason for taking the property is for public benefit, even though it might not be for public use, then the Eminent Domain Clause "taking" is justified. The justices agreed that the city's comprehensive development plans would provide a benefit to everyone in the city and therefore, met the Eminent Domain Clause's "public use" requirement.

The Kelo decision made many Americans very angry. They viewed this as an outright "theft" of property to give it to someone else. It made many people fear that their property might be "stolen" as well and given to someone else. In response to this fear and anger, several states passed laws and even constitutional amendments restricting and defining their use of eminent domain. President Bush even signed an executive order stating any property taken through the Eminent Domain Clause by the federal government must be used for the "public benefit" and not for the economic interests of any other private parties.