Last battle of the American Revolution is fought 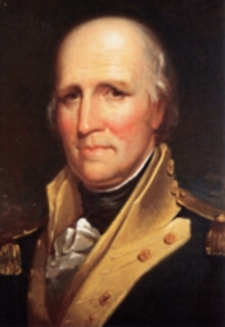 On this day in history, November 10, 1782, the last battle of the American Revolution is fought as American militiamen attacked Shawnee villages near Chillicothe, Ohio in retaliation for attacks by Loyalists and Indians against Sandusky, Ohio, Lexington, Kentucky and other places. General George Rogers Clark and over a thousand militiamen on horseback attacked and burned several Shawnee villages and defeated them decisively.

Contrary to the understanding of many Americans, the surrender of British General Charles Cornwallis at Yorktown, Virginia in October, 1781 did not end the Revolutionary War. It was a pivotal point, but hostilities continued for two more years and a preliminary peace treaty was not signed until November 20, 1782, more than a year after Cornwallis' surrender.

When Cornwallis surrendered, the British still had tens of thousands of soldiers on the continent, in New York, the Carolinas, Georgia, the West Indies, Canada and on the western frontier. There were numerous conflicts with the British after Cornwallis' surrender, but even more so with their Indian allies on the frontier and in the back country civil war between patriots and Loyalists in the south. In fact, more Americans died in the fighting after Cornwallis' surrender than in the whole first year of the war, including the Battles of Lexington, Concord, Bunker Hill and Quebec.