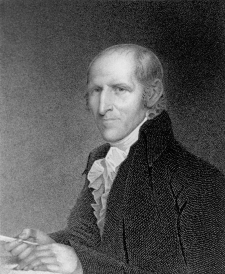 On this day in history, January 29, 1829, Secretary of State Timothy Pickering dies. Pickering was born in Salem, Massachusetts, graduated from Harvard and became a lawyer in 1768. He joined the Essex County militia in 1766. In 1769, he was promoted to captain and published a small book about training and drilling the militia. This book was published in 1775 as "An Easy Plan for a Militia" and was used as the training manual for the Continental Army until it was replaced by Baron von Steuben's new regulations in 1779.  (Pickering's letter to General Washington that accompanied delivery of this book.)

Pickering served on the Massachusetts Committee of Safety in 1774 and 1775 and was elected to the rebel legislature in 1776. Appointed a colonel in the Continental Army, his men were part of the Siege of Boston and then went with the Army to New York where his well-trained forces came to General George Washington's attention. Washington made Pickering his adjutant general, meaning he was the army's chief administrative officer. In this position, Pickering oversaw the creation of the Great Chain, which was a gigantic iron chain strung across the Hudson River at West Point to prevent British ships from going upriver. The chain succeeded in its purpose for the entire war.

In 1777, Congress placed Pickering on its powerful Board of War and in 1780 he was made Quartermaster General of the Army, meaning he was in charge of all supplies and the logistics of moving the army, a position he filled until the end of the war. 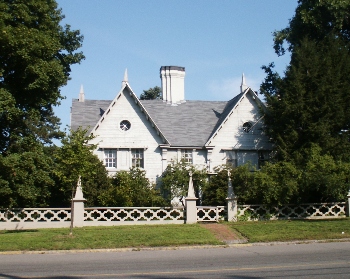 Pickering House, Salem, Massachusetts This house remained in the Pickering family from 1651-2002. It was the oldest home in the US to remain in the possession of one family continually until its sale in 2002

After the war, Pickering moved to Wyoming County, Pennsylvania. He served at the Pennsylvania Constitutional Convention that ratified the US Constitution. He entered into two successful land speculation deals that involved negotiations with northeastern Indian tribes and this again brought him to George Washington's attention. Washington appointed him an ambassador to the Iroquois Indians and he negotiated the Treaty of Canandaigua, which established peace with the Six Tribes of the Iroquois confederacy, a treaty which is still in effect today.

Washington appointed Pickering Postmaster General from 1791-1795. In 1795, he became Washington's Secretary of War for a brief time and then Secretary of State, a position he held through John Adams' term as President. Pickering was a staunch supporter of England over France and this sometimes brought him into conflict with President Adams. Pickering supported going to war with France during the crisis of the late 1790s, while Adams did everything he could to prevent war. Pickering said some ugly things about Adams publicly and was involved in some behind the scenes manipulations trying to foment the war. For all this, Adams finally fired him on May 12, 1800.

After his time in the Cabinet, Pickering spent 8 years as a United States Senator from Pennsylvania and another 5 years as a member of the House of Representatives. During his time in Congress, Pickering was highly involved in the movement to secede New England from the United States, a dispute which arose because of differences between Pickering's minority Federalist Party and the ruling Jeffersonian Democratic-Republicans. Pickering returned to Salem after retiring and lived on his farm until his death in 1829.