There have been relatively few cases that have reached the Supreme Court regarding the Arraignment Clause, compared to the huge volume of cases some other Amendments have generated. This is due to the fact that the process of notifying someone of the specific charges against them has become such a rudimentary part of the American legal system. The few cases that have come to the Court have been about how to apply the Arraignment Clause.

United States vs. Carll, 1881, was a case in which a man was charged with passing counterfeit money. Or was it? That was the question the Supreme Court answered in this case. The language used in the charge against the defendant was taken straight from the Federal statute which had allegedly been violated. The charge literally said the defendant has broken the following statute, which read:

"Every person who, with intent to defraud, passes, utter, publishes, or sells any falsely made, forged, counterfeited, or altered obligation or other security of the United States shall be punished by a fine of not more than five thousand dollars and by imprisonment at hard labor not more than fifteen years."

Each count of the indictment listed a certain place and time and said that the defendant:

"feloniously, and with intent to defraud the Bank of the Metropolis, which said bank is a corporation organized under the laws of the State of New York, did pass, utter, and publish upon and to the said Bank of the Metropolis a falsely made, forged, counterfeited, and altered obligation and security of the United States."

The problem was this, the indictment gave times and places of the alleged crime, but did not give any evidence or specific allegation that the defendant knew the bills were counterfeit, which is obviously required in order to be violating this statute. The question before the Supreme Court was, did merely repeating the allegedly broken statute sufficiently satisfy the Arraignment Clause requirement that a defendant be informed of the nature and charges against him. 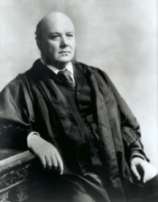 The Court decided that this use of the statute language did not sufficiently satisfy the Arraignment Clause notification requirement and threw out the conviction. Justice Horace Gray said in the Court's opinion:


"In an indictment upon a statute, it is not sufficient to set forth the offense in the words of the statute unless those words of themselves fully, directly, and expressly, without any uncertainty or ambiguity, set forth all the elements necessary to constitute the offense intended to be punished, and the fact that the statute in question, read in the light of the common law and of other statutes on the like matter, enables the court to infer the intent of the legislature, does not dispense with the necessity of alleging in the indictment all the facts necessary to bring the case within that intent."

The fact that the language used in an indictment must be very specific is extremely important. For one, you could not defend yourself against the charges if you didn't know what the charges were, or if they were vague. Or, people could be charged with things they didn't even do and not be able to defend themselves. Secondly, prosecutors could try people on very vague charges that could even be completely false. They could try people they didn't like or people who held different opinions than they did. People could be sent to prison because of the whims and prejudices of officials. That would not be good!

In Rosen vs. United States, 1896, the defendant was charged with distributing through the US mail a paper that was judged to be "obscene, lewd, and lascivious." The indictment filed against the man did not expressly describe the contents of the paper, because the subject matter was judged to be improper for decent people to discuss. Instead, the indictment used less offensive language that adequately described the situation without being overtly graphic.

The defendant claimed that his 6th Amendment Arraignment Clause right to be notified of the charges against him had been violated because the language of the indictment did not spell out specifically what was on the paper.

Predictably, the Court did not agree with the defendant. The ruling said that however general the language was in the indictment, it still described the situation well enough so as to reasonably inform the accused of the nature of the charge sought to be established against him.

United States vs. Cruikshank, 1876, is one of the most well known and influential Sixth Amendment Court Cases judged by the Supreme Court. The circumstances surrounding Cruikshank are these: After the Civil War, almost all former slaves in the South became Republicans, naturally, the party of Lincoln. Still racist whites were in control of the Democrat party. In a controversial Louisiana election, the Republican party won many offices, but the Democrats threatened violence if the Republicans moved to take those offices.

In the town of Colfax, the local Republicans had gathered around the courthouse to protect it from being taken over by marauding, racist Democrats. In the ensuing battle, several hundred African-Americans were killed by the Democrats. Later, charges were filed against some of them. The charges were not for murder, but for conspiring to hinder the African-Americans from exercising their Constitutional rights to assemble, bear arms, exercise free speech and others.

In a remarkable decision, the Court threw out the convictions based on two primary things. First of all, the Court declared that the Arraignment Clause notification requirement had not been satisfied. The indictment against the alleged conspirators claimed that the men had violated the rights of the African-Americans, but did not give specific details about how they had done this. As mentioned several times above, the Court requires that the language be specific in order that the defendants may know how to defend themselves and also that the court may be able to examine the facts and judge whether or not the law was broken.

Secondly, the Court threw out the convictions because it said the United States did not have jurisdiction over the areas of alleged violation - meaning freedom of speech, the right to bear arms, the right to peaceably assemble and so forth. The Court was referring to the fact that the original Bill of Rights did not apply to the states, only to the Federal government. The states could regulate these things, but the Federal government could not. Thus, it was the states, the Court said, that had the jurisdiction and therefore had to rule whether these rights had been violated or not.

This decision seems convoluted according to our thinking today. Over the years since the 14th Amendment was added to the Constitution to assure equality to African-Americans, the Court has gradually required that all the States, as well as the Federal government obey the restrictions in the Bill of Rights as well.

This means that no government, federal ,state or local can make laws regarding the rights listed in the Bill of Rights, including the Arraignment Clause of the 6th Amendment.

Since the Court has interpreted the 14th Amendment's Due Process Clause to mean that the Bill of Rights applies to the states, most of the Cruikshank decision has been overturned. The part about the wording of the charges being very specific, though, is still considered law today.