The 6th Amendment's Speedy Trial Clause guarantees that if you are accused of a crime, you will be tried quickly. This clause was added to the Bill of Rights by the Founding Fathers to protect people from lengthy periods of incarceration before they were found guilty of a crime. This was a well established part of English Common Law even before the colonization of America.


"In all criminal prosecutions, the accused shall enjoy the right to a speedy... trial."

The Speedy Trial Clause is meant to accomplish three primary things, according to the Supreme Court:


The Speedy Trial Clause also serves several public interests, apart from the interests of the accused. The public pays great expense to house someone while they are incarcerated. If the person is actually guilty and he is out on bail, he could commit another crime before the trial. He could also be tempted to run if the pre-trial period is very long or be able to finagle a lesser charge or sentence.

History of the Speedy Trial Clause

The idea that the government cannot imprison people without giving them access to a review by a court goes back far into English history. The Assize of Clarendon of 1166 and the Magna Carta of 1215 both touch on this. The English Habeas Corpus Act of 1679 required speedy hearings when the accused person was out on bail. The intention was to prevent a lengthy period of incarceration before a trial and guilty verdict. 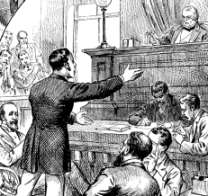 The right to a speedy trial became a bedrock principle of English common law that was carried to America by the colonists. After the Revolutionary War, the Founding Fathers wrote a new constitution to govern themselves. As the Constitution of the United States was being discussed, many people felt that it did not provide strong enough protections for many individual rights from the government. These people threatened to reject the Constitution unless a Bill of Rights was added to it. A Bill of Rights is a list of specific rights that the government cannot infringe upon.

In order to secure the agreement of these people, the First Congress voted to add a Bill of Rights to the Constitution. James Madison proposed twenty amendments to the Congress on June 8, 1789. The right to a speedy trial was one of them. The idea of the right to a speedy trial was so universal among the Founders that it was approved without a word of discussion about it. You can read Madison's June 8 speech to Congress here. 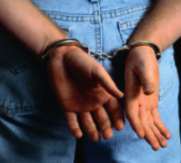 The right to a speedy trial officially begins when a person is arrested or indicted by a grand jury, not when an investigation begins. The Federal Speedy Trial Act of 1974 defines the time frame in which a criminal trial must begin. Generally, charges must be filed within 30 days of an arrest and a trial must commence within seventy days of the charges being filed.

Charges can be dismissed by a court if there has been too long a delay before a trial. In some jurisdictions, the length of time between charges being filed and the date the trial must begin, is defined by statute. In other cases, a court can dismiss charges with a subjective reviewing of the facts.

If a person fails to make a claim that his 6th Amendment right to a speedy trial has been violated before a trial or guilty plea, the defendant may lose his right to make this claim, especially if the delay has benefited him somehow.

You can read about several interesting and significant Sixth Amendment Court Cases dealing with the Speedy Trial Clause here.