Banastre Tarleton wins the Battle of the Waxhaws

On this day in history, May 29, 1780, Banastre Tarleton wins the Battle of the Waxhaws, earning himself the epithets "Bloody Ban" and "Ban the Butcher." British forces had captured Charleston, South Carolina on May 12, 1780 and Lt. Gen. Charles Cornwallis quickly took a large army to conquer the backcountry.

Cornwallis learned that John Rutledge, South Carolina's rebel governor was fleeing to the north with Colonel Abraham Buford and 400 Virginia Continentals. Cornwallis could not move his army fast enough to catch Rutledge before he escaped, so he sent Lt. Col. Banastre Tarleton, head of the Loyalist British Legion, ahead with around 270 men to capture Rutledge. 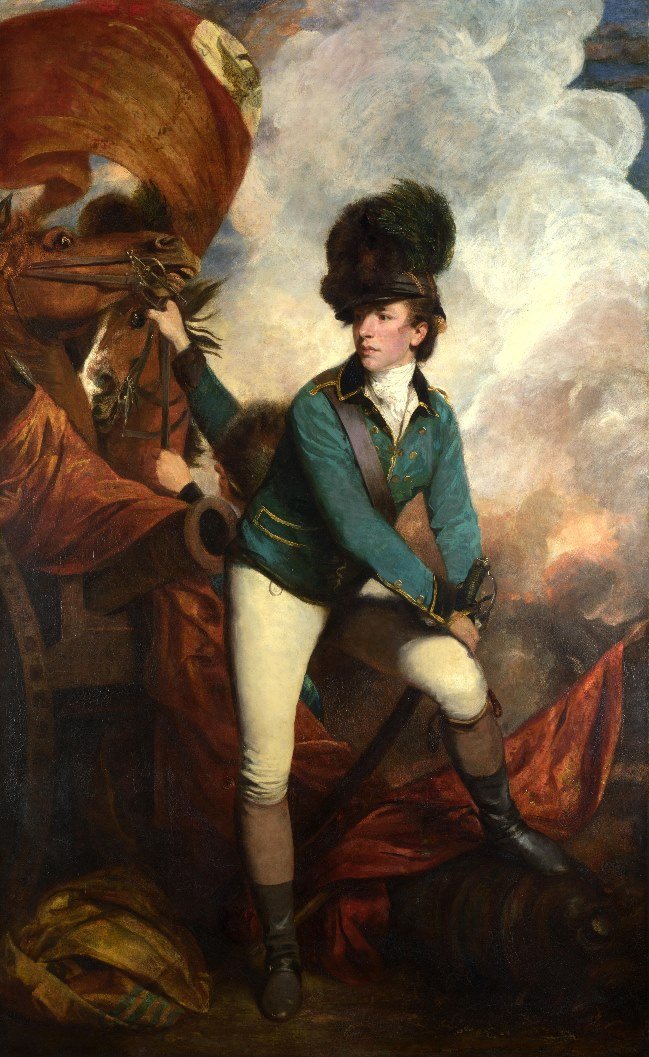 Tarleton made an impressive trek over 100 miles in 53 hours on horseback, finally catching up to Buford's rear guard on May 29th. Tarleton's men and horses were exhausted. He could not press them anymore and needed to slow Buford down. He sent a negotiator demanding Buford's surrender, hoping this would stop Buford for a while. Buford had learned of Tarleton's approach and sent Rutledge ahead to safety. When the surrender demand was delivered, Buford replied with a terse, "Sir, I reject your proposals, and shall defend myself to the last extremity." When Tarleton received the reply, he quickly put together an attack and charged the patriots.

Buford waited until the last minute before he ordered his men into a battle line. As Tarleton's dragoons (soldiers on horseback) charged the American line, Buford did not order his men to fire until the dragoons were within ten yards of the line. This proved to be a disastrous move because the dragoons were barely phased by the gunfire and quickly trounced through the American line, causing numerous injuries and causing them to scatter in every direction. Many of the Americans laid down their weapons and attempted to surrender. 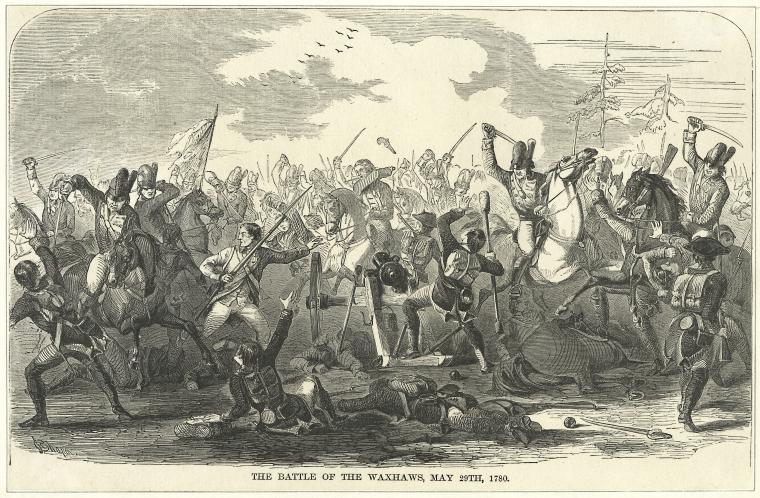 The Battle of the Waxhaws by Thomas Addis Emmet

What happened next is unclear due to extreme differences in the reports of those involved. Some accounts indicate that Buford sent a white flag of surrender. Just as the flag bearer approached Tarleton, Tarleton's horse was shot from under him and he tumbled to the ground. The British soldiers thought Tarleton was dead and thought the white flag was a ruse intended to deceive Tarleton and then kill him anyway. They began to attack the wounded and captured without impunity, killing them with bayonets where they lay. Other accounts indicate there was no white flag at all, but that the British began killing their captives indiscriminately when they thought Tarleton was killed.

In the end, 113 Americans were dead and 150 wounded. The British had only 5 killed and 12 wounded. The Battle of the Waxhaws, named after the region where the battle took place, and also called the Waxhaw Massacre or Buford's Massacre, earned Tarleton an infamous reputation and the epithets "Ban the Butcher" and "Bloody Ban." He was accused of ordering his soldiers to kill the captured Americans and giving them no quarter. The perceived atrocity led to a huge increase in volunteers to the patriot militia. In reality, Tarleton's men were probably to blame for killing the wounded after thinking their commander had been killed.

Tarleton's reputation became that of a villain, even in today's popular culture. In the 2000 movie, The Patriot, the villain, Colonel Tavington, is loosely based on Tarleton. Tavington is portrayed as a bloodthirsty killer, burning civilians in churches and murdering children in front of their parents. In reality, Tarleton could be vulgar, but this is an extreme misrepresentation of who he was.