Jack Jouett becomes the Paul Revere of the South

On this day in history, June 3, 1781, Jack Jouett becomes the "Paul Revere of the South" when he rides all night to warn Virginia Governor Thomas Jefferson and the gathered rebel Virginia Assembly that the British were coming to capture them. Jouett was a captain in the Virginia militia, whose father was a Charlottesville innkeeper who supplied the rebel forces with food. Jack had three brothers who served in the war as well, one of whom died at the Battle of Brandywine.

British General Charles Cornwallis, charged with taking back the southern colonies for England, had been having a rough time conquering North and South Carolina. He finally decided Virginia was the key to holding the south and set about to conquer it, leading an invasion into the colony beginning in May, 1781. 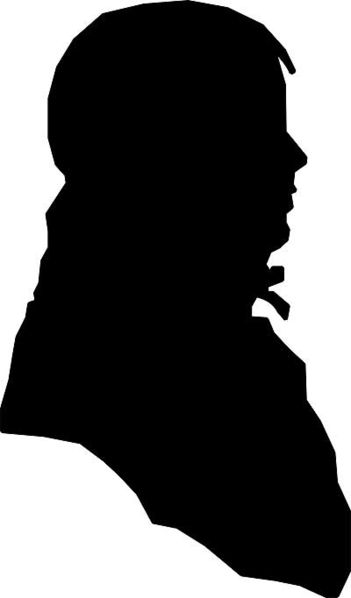 Numerous successful raids from the coast had already been conducted into Virginia under the leadership of General William Phillips and the turn-coat, Benedict Arnold. One of these raids in January, 1781, burned the capital city of Richmond, forcing the rebel Assembly and Governor Thomas Jefferson to retreat further inland to Charlottesville, only a stone's throw from Jefferson's home, Monticello.

When Cornwallis invaded from the south in early May, he quickly learned the Assembly and the governor were in session in Charlottesville. He dispatched Lieutenant Colonel Banastre Tarleton, head of the Loyalist British Legion, on horseback with 250 men to capture Jefferson and the Assembly.

During the evening of June 3rd, Jack Jouett observed the passing troops in the small town of Cuckoo, and correctly surmised that they were headed to Charlottesville. Since Virginia had seen little fighting until this time in the war, most of its soldiers were off in other parts of the colonies, leaving few soldiers to defend against Cornwallis' invasion. Jefferson and the Assembly would easily be captured. 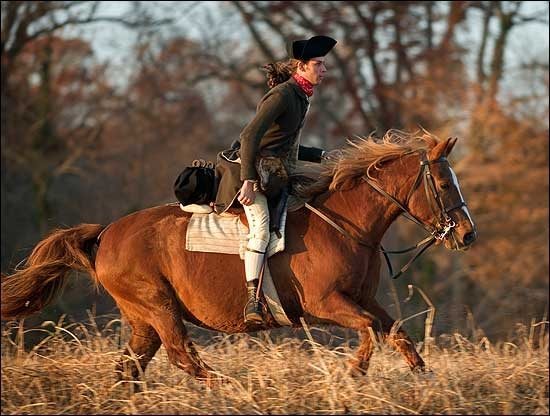 Jouett got on his horse and began a 40 mile trek through the night. He stayed on back roads since the British were using the main road and allegedly was injured by sticks and branches as he flew through the night. Some accounts say he carried scars from these injuries for the rest of his life.

Finally arriving at Monticello around daybreak, Jouett warned Jefferson and other legislators who were staying with him. Jefferson remarkably took his time, perhaps because his term as governor had expired the day before and Jouett rode on to warn the rest of the Assembly staying in his father's inn, the Swan Tavern. Jefferson waited to leave Monticello until the British were actually riding up his front lawn, but he did manage to escape on horseback. Most of the Assembly members escaped as well, but seven were captured. The Assembly then reconvened in Staunton to continue its business.

Some historians believe Jack Jouett's ride was even more important than Paul Revere's because the entire leadership of Virginia's rebel movement was in peril. Not only Jefferson, but Patrick Henry, Thomas Nelson Jr., Benjamin Harrison, Daniel Boone, Richard Henry Lee and Edmund Randolph were assembled in Charlottesville. Their capture could have turned the war in a whole different direction.

The following year, Jouett moved to Kentucky, which was then still part of Virginia. He married, raised cattle and lived there the rest of his life. He served as a legislator from his district in the Virginia Assembly and later on in Kentucky when it became a separate state. Jouett would also become the father of Matthew Harris Jouett, a famous painter, and the grandfather of James Edward Jouett, a Civil War Admiral.