On this day in history, June 8, 1789, James Madison proposes the Bill of Rights to Congress. Acceptance of the US Constitution had been a long and arduous process. Many people were wary that it would create a federal government that was too powerful and no different than the one they just overthrew from England. 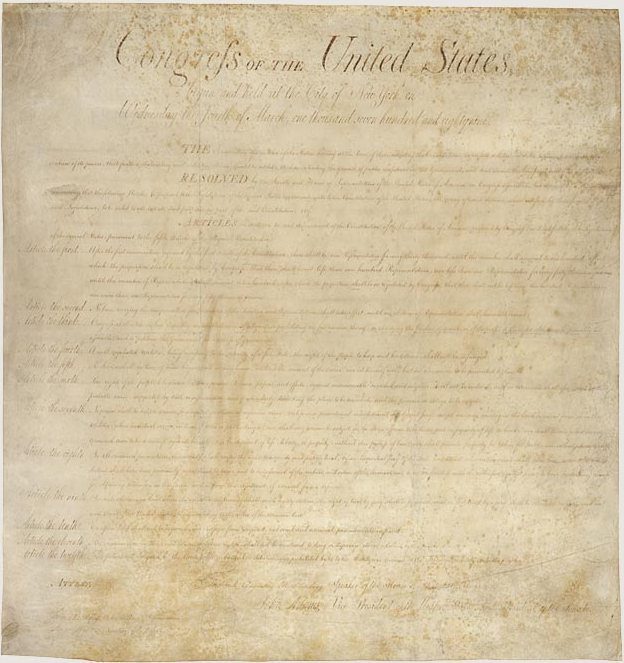 The Original Bill of Rights

Madison finally had to agree to the addition of a bill of rights, but he developed a strategy to keep himself in control of the discussion and the results. He sifted through the dozens and dozens of suggestions for amendments made by the states. He carefully chose 20 which were the most commonly desired, which fit nicely with the overall spirit of the Constitution and with his own vision for the government.

Congress debated the amendments and sent twelve of them to the states for ratification. Ten of them were eventually ratified by the states. Since the Constitution requires 3/4 of the states to agree to any amendments, 11 votes were needed for each amendment. 11 votes were necessary because Vermont was already the 14th state by this time. On December 15, 1791, with Virginia's vote for approval, these Ten Amendments became law and were amended to the end of the Constitution. They are what we now call the Bill of Rights.