The Burrowes Mansion is raided

On this day in history, May 27, 1778, the Burrowes Mansion is raided in Matawan, New Jersey. John Burrowes, Sr. was a wealthy grain merchant living in Matawan, then known as Middletown Point. Burrowes gathered the grain from the New Jersey countryside, milled it in his own mills and then shipped it by boat to New England and New York City. Because of his very large grain business, Burrowes was called the "Corn King" by locals.

Burrowes was aligned with the patriots during the time leading to the American Revolution. He was involved with the Sons of Liberty during the Stamp Act crisis and served in New Jersey's rebel congress once the Revolution began. Monmouth County's first militia group to gather against the British trained in his front yard. 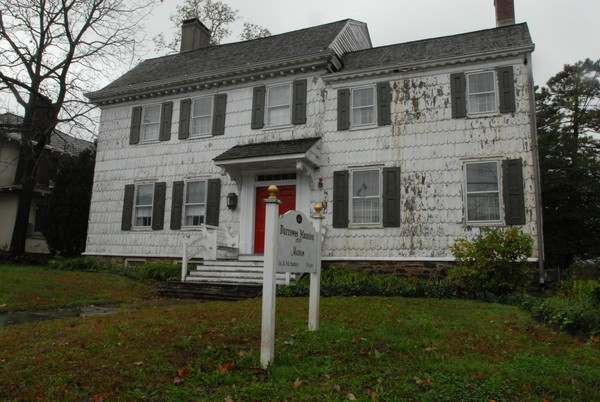 Burrowes' son, John Burrowes, Jr. became a Major of the militia and served in the Continental Army during the battles in New York and New Jersey. John married Margaret Forman during the war. Margaret stayed with the elder Burrowes' family at their mansion in Matawan while John Jr. was away fighting. Every chance he could, he got away to come to visit his young wife.

As in most communities, Matawan was divided between patriots and Loyalists. Loyalist sympathizers became aware of John's frequent visits to Matawan and set a trap for him. When they received intelligence that he would be home toward the end of May, they sent word to the "Greens," a group of Loyalist refugees gathered on Staten Island who would exact vengeance on local patriots for their involvement with the rebels. 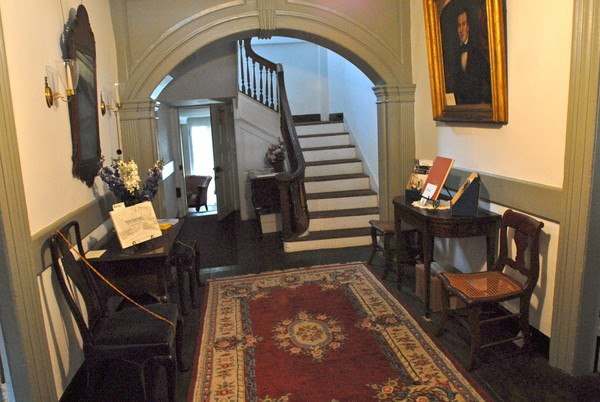 On May 27th, John Jr. was visiting at the mansion when the Greens landed nearby and headed toward the property. Local patriots, however, noticed them and quickly warned the Burrowes family. John was able to escape out the back of the house, swim the creek and hide in the woods before the Greens arrived. Local patriots fought with the Greens as they arrived and began to set fire to Burrowes‘ mills and storehouses.

When the Greens knocked down the front door of the mansion around midnight, young Margaret came down the stairs in her nightgown and shawl. A British soldier demanded that she give him her shawl to wrap around a wounded soldier. Margaret refused and said something along the lines of, "You'll not get my shawl or anything else here to aid a British subject." The angered soldier then struck her with his sword hilt and went upstairs looking for Burrowes. Margaret survived the attack, but was injured severely. She lived for several more years, but died in the 1780s, some believe due to complications from her injuries.

The soldiers searched the house for Burrowes, Jr., but did not find him, even firing shots into the attack from the second floor, the holes of which can still be seen today. Several patriot militia were killed or captured during the raid, including John Burrowes, Sr., who was captured, but later released. Much of the furnishings of the house were brought out and burned on the lawn. All the mills and storehouses were destroyed, but the house itself was spared. The fortune of the Burrowes family was destroyed in the raid, illustrating the personal tragedy suffered by many individuals during the Revolution. Both father and son died several years later at sea and penniless. Today the Burrowes mansion has been completely restored and is the home of the Matawan Historical Society.

Return to top of the Burrowes Mansion is raided