On this day in history, March 6, 1745, Casimir Pulaski is born, one of a handful of foreigners who played a key role in the American Revolution. Pulaski was born into an aristocratic Polish family and was part of the Polish army that resisted Prussian and Russian efforts to take over his country. Only in his twenties, Pulaski became an important cavalry expert and rose to be one of the highest ranked military leaders of the resistance, earning him a reputation of valor throughout Europe.

When Russia conquered Poland in the early 1770s, Pulaski was driven into exile. He participated for a time with raising resistance to the Russian war with the Ottoman Empire, but when the Turks were defeated, he returned to France. In France, Pulaski met Benjamin Franklin and the Marquis de Lafayette, who encouraged him to sail to America to join the American Revolution. 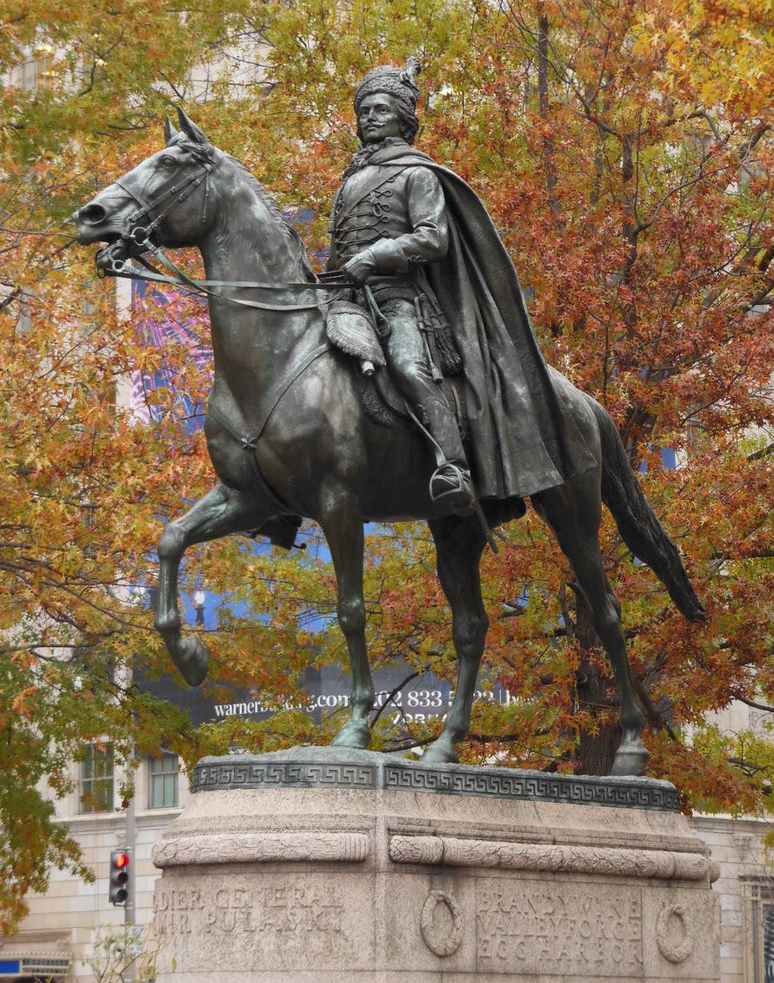 Pulaski left France in June, 1777, with a letter of recommendation from Franklin stating, "Count Pulaski of Poland, an officer famous throughout Europe for his bravery and conduct in defence of the liberties of his country against the three great invading powers of Russia, Austria and Prussia... may be highly useful to our service."

Pulaski arrived at Marblehead on July 23, 1777, and met with George Washington near Philadelphia in August. Pulaski was not given a position immediately, but in September at the Battle of the Brandywine, he helped orchestrate the retreat of the Continental Army without disaster, some believe even saving Washington's life. For this, Congress made him a brigadier general of the cavalry. He was only 34 years of age at the time. 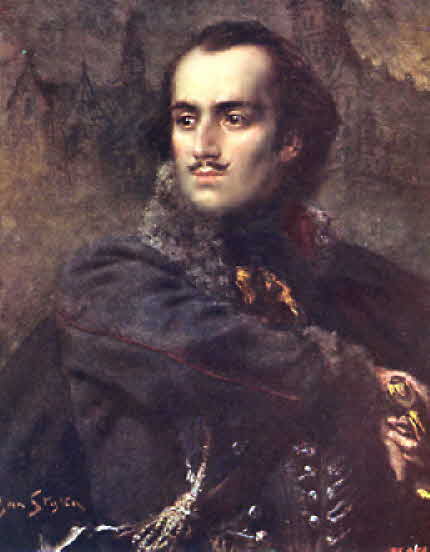 The American cavalry was very small at this point and Pulaski began recruiting and training more soldiers with the best practices of European cavalry. Pulaski and his cavalry distinguished themselves at the Battle of Germantown and during the defense of New Jersey and Pennsylvania. For his efforts, Pulaski was nicknamed "The Father of the American Cavalry." 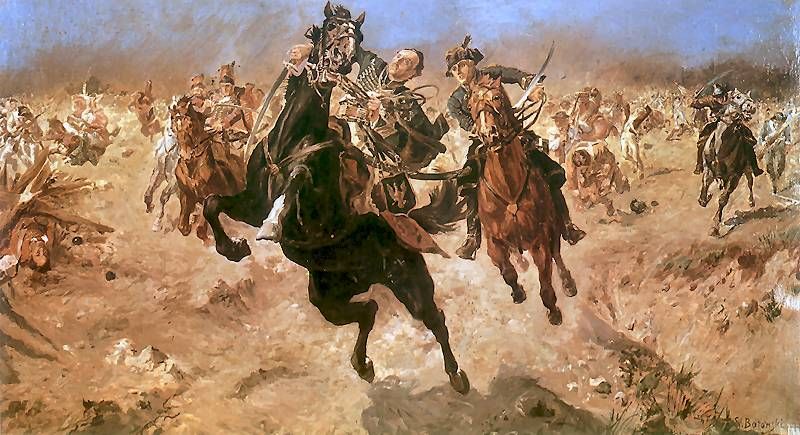 Brigadier General Kazimierz Pulaski mortally wounded at the Battle of Savannah on the 9th of October, 1779 by Stanislaw Batowski Kaczor

The joint American-French attack on the city lasted for nearly a month. On October 9, during a major assault on the city, with Pulaski leading the American and French cavalry, Pulaski was severely wounded with grape shot from a cannon. He was removed from the battlefield and placed on board the Wasp, a privateer merchant vessel, on its way to Charleston. Pulaski would die from his wounds two days later.

The Siege of Savannah failed and the British would remain in the city until the end of the Revolution. Pulaski took his place, however, as one of a few foreigners who played an important leadership role in the American Revolution. He is considered a freedom fighting hero in both Poland and America, with numerous towns, counties, celebrations, ships and more named in his recognition.