The Commander-in-Chief's Guard is formed

With the taking of Dorchester Heights on March 4, George Washington knew British General William Howe would be forced to abandon Boston. Consequently, Washington began making plans for the defense of New York City, which he believed would be the next most logical place of attack for the British army. 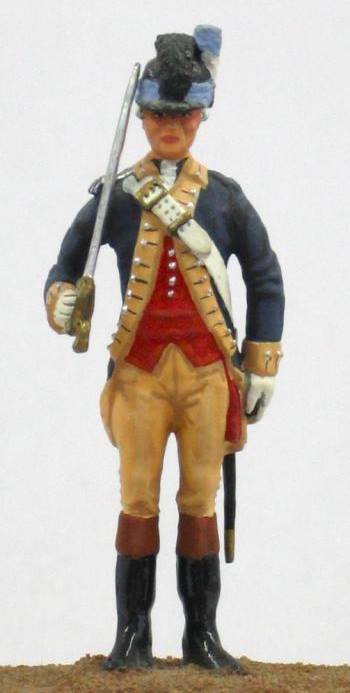 First, however, Washington decided to create an elite unit of soldiers responsible for protecting his own person and household, as well as the official papers of the army. On March 11, 1776, Washington sent an order to each regiment surrounding Boston, requesting that 4 soldiers be selected for the unit, which would meet for the first time the next day at noon. The letter requested that the men be selected based on their "sobriety, honesty, and good behaviour," and that they be "from five feet, eight Inches high, to five feet, ten Inches; handsomely and well made."

The unit was officially called the Commander-in-Chief's Guard, but was popularly known as Washington's Life Guard. The Guard normally had around 180 men who guarded Washington's headquarters, ordered and prepared his food, escorted his personal baggage and the papers of his office on journeys, delivered messages and looked after Washington's personal staff. 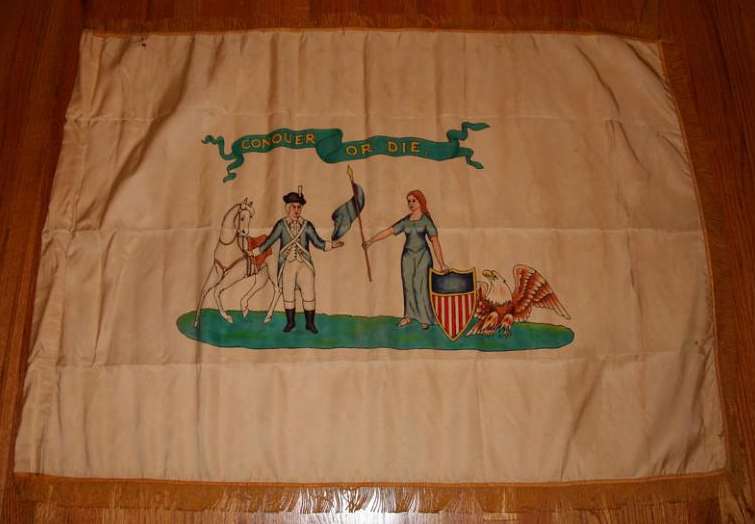 Commander-in-Chief Guards Flag A reproduction of the Commander-in-Chief's Guard's Flag held at the George Washington Masonic National Memorial in Alexandria, Virginia. It was once thought to be the original Guard's flag, but historians have noted too many inconsistencies in it and now believe it is a replica of the original made around the time of the Civil War.

When Washington arrived in New York City after the Siege of Boston had ended, an assassination plot against him was uncovered, which included several members of his own guard. Sergeant Thomas Hickey, one of Washington's Guard, was born Irish and had deserted from the British army. He was the only conspirator hanged for his role in the affair and was the first soldier to be tried for treason. The following April, when the Guard was reformed due to expiring enlistments, Washington required that no foreigners be part of the team, required that all or most of them be loyal Virginians and forbade any British deserters from being part of the army.

During the winter at Valley Forge of 1777-78, Baron Friedrich von Steuben was tasked with training the Continental Army in European battle techniques. He chose the Commander-in-Chief's Guard as his model for training the troops. Von Steuben trained the Guard with his techniques and they in turn trained the rest of the army, turning it into a formidable fighting force. To reduce the possibility of inter-colony rivalry, the Guard was augmented with soldiers from all the other colonies for the training.

Washington's Life Guard was formally disbanded on November 15, 1783. Only 330 men served in the Guard for the entire duration of the war, so it was an extremely elite unit of which to be a part. Only two men, Major Caleb Gibbs and Captain William Colfax commanded the Guard during its entire eight year existence. Major Gibbs was a member of the famed Marblehead Regiment founded by General John Glover. William Colfax later became a general in the War of 1812.