On this day in history, March 16, 1751, James Madison is born. He would become one of the most influential of the Founding Fathers, the 4th US President and most importantly, the "Father of the US Constitution."

James Madison was born in Port Conway, Virginia. He was well educated as a boy and attended the College of New Jersey (now Princeton), where he studied under college president John Witherspoon, who would become a signer of the Declaration of Independence. When the American Revolution broke out, Madison was elected a member of the Virginia legislature as a young man. During this time, he became good friends with and was deeply influenced by Thomas Jefferson.

During the last half of the Revolution, he served in the Confederation Congress, where he was known for his hard work and brilliant mind. He served again in the Virginia legislature after the war and became increasingly concerned with the federal government's inability to function. During his time as ambassador to France, Jefferson sent Madison dozens of books, many dealing with government, which Madison studied, making him an expert in matters of law and government.

Madison was one of the lead voices proposing a new constitution and was elected to the Constitutional Convention in Philadelphia in 1787. Arriving earlier that most delegates, Madison put together a plan for a new government, which became the basis of the Convention's discussions. The final product was largely a revision of his original plan and, for this reason, he is known as the "Father of the US Constitution." 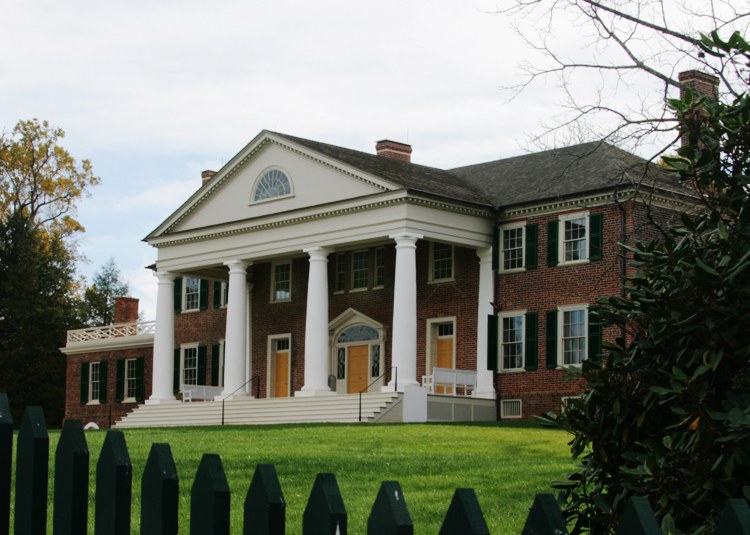 Montpelier The restored home of Madison in Orange, Virginia

Madison served at the Virginia ratification convention. He also helped get the Constitution passed in New York by writing the Federalist Papers, which described the purpose and intent of each part of the Constitution, along with Alexander Hamilton and John Jay.

Madison was elected to the First Congress from Virginia and helped establish the new government and pass the Bill of Rights, which he also authored. While serving in Congress, Madison married Dolley Payne Todd. He was 43 and 17 years older than she. They had no children of their own, but raised Dolley's son from a previous marriage.

Madison served as Secretary of State under Thomas Jefferson and helped oversee the Louisiana Purchase. After Jefferson, Madison rose to the presidency and served two terms, during which war broke out with Great Britain. The War of 1812 happened as a result of trade conflicts due to Britain's war with France, the impressment of American sailors by the British navy and British arming of American Indians in the Northwest Territory. During the war, Washington DC was occupied and much of it destroyed, including the White House. After the war, however, American sovereignty and independence was affirmed and Madison remained popular.

Madison retired to his plantation, Montpelier, in Virginia in 1817. During his years of government service, his finances had suffered and he was in financial distress for the rest of his life. After Madison passed away in 1836, Dolley was forced to sell Montpelier within a few years.

Madison's role in the founding era is probably not as well-known as that of Washington, Franklin, Adams or Jefferson, but he was truly one of the most important shapers of the American republic that we know today.