On this day in history, March 21, 1825, the Marquis de Lafayette lays the cornerstone for the General Nathanael Greene memorial in Savannah, Georgia during his tour of the United States. The Marquis de Lafayette was the last living French general who served in the American Revolution. He fought valiantly beside George Washington, serving in several key battles, including the Siege of Yorktown and the Battle of Brandywine, where he was wounded in the leg.

President James Monroe invited Lafayette to come to America in 1824 to help celebrate America's 50th anniversary and instill a sense of patriotism in a new generation. Lafayette arrived at Staten Island on July 13, 1824 and toured all 24 states of the union over the next year. He visited New York City, Rochester, Boston, Providence, Raleigh, Savannah, New Orleans, Nashville, Cincinnati, Philadelphia, Baltimore, Washington DC and numerous points in between. 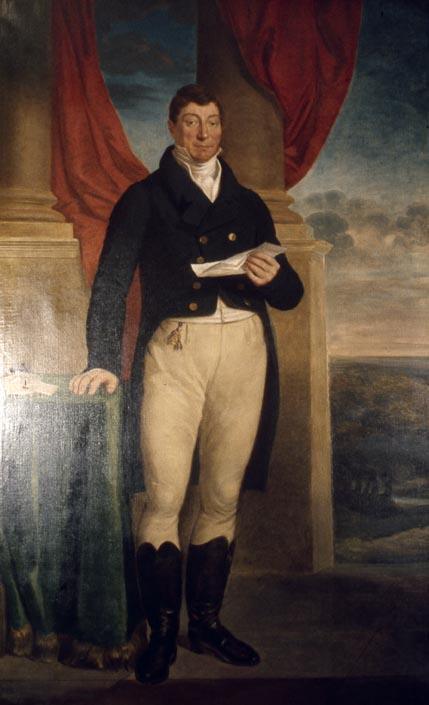 Lafayette's travels through the south began in March, 1825. He arrived in Savannah on March 19 and on the 21st, he laid the cornerstone for a memorial to General Nathanael Greene in Johnson Square. During the Revolution, Greene was second in command only to George Washington. Greene was noted for his battlefield prowess in the north, but was especially celebrated for turning around American fortunes in the south and driving the British to defeat. 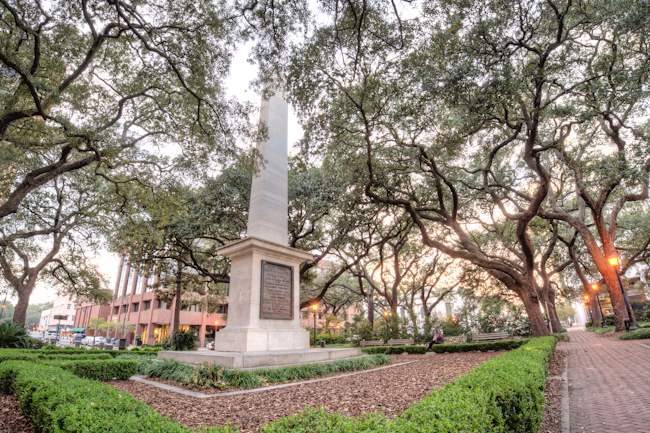 After the war, the State of Georgia awarded General Greene a rice plantation called Mulberry Grove near Savannah where he lived until his death in 1786. Greene's wife, Catherine Littlefield Greene continued living there after his death. George Washington visited her and dined at Mulberry Grove in 1791 during his grand tour of the United States. Around the same time, Mrs. Greene became acquainted with a young man named Eli Whitney who was a tutor for her neighbors. She invited Whitney to live on her plantation to continue working on his inventions. It was here that he first developed the cotton gin within the year, which would revolutionize the south and help bring about the end of slavery.

After the Civil War, Mulberry Grove was gradually broken apart and not a trace of it exists today as it once did. General Greene and his son were exhumed in 1901 from the Colonial Cemetery in Savannah and reinterred underneath the monument on Johnson Square in 1902. The Marquis de Lafayette closed his journey in Washington DC on September 6, 1825, his 68th birthday, with a meeting with President Adams at the White House and an address to a joint session of Congress. He left for France the following day on the frigate USS Brandywine, newly built and named in honor of the battle in which he shed his blood for America's freedom.