On this day in history, March 24, 1782, the Toms River Blockhouse Fight leads to the capture of Captain Joshua Huddy, which brings the peace negotiations with Great Britain to a standstill. Toms River, New Jersey was a notorious privateering headquarters during the American Revolution. On March 16, patriot privateers from Toms River captured a boat belonging to Loyalist William Dillon.

Dillon complained to the Associated Board of Loyalists in New York City, which was under the direction of former New Jersey Royal Governor, William Franklin. The Board organized a retaliatory strike against Toms River, which was important not only for its privateering , but also for its salt works. Salt was a valuable commodity to both sides because it was used to preserve meat. The patriots had built a small fort (also called a blockhouse) at Toms River to guard the nearby salt works. 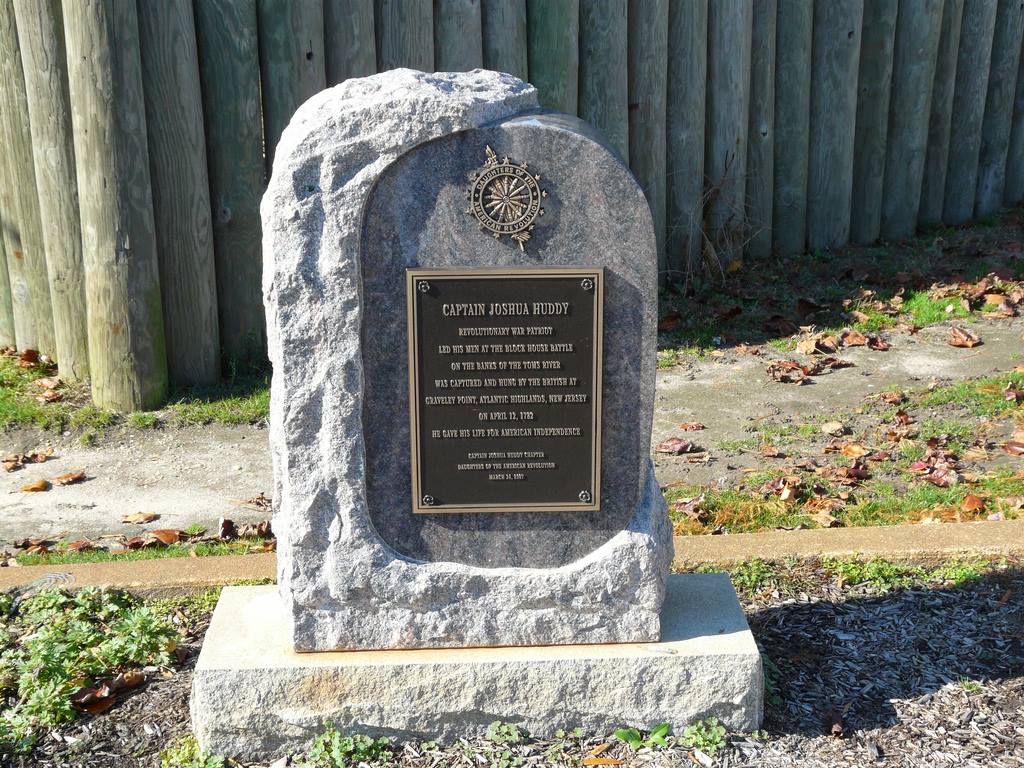 The Toms River blockhouse was square and made of logs stuck into the ground with points at the top. It had no door. The only way in was by climbing over the top with a ladder. Captain Joshua Huddy was appointed to lead the small garrison at the fort in February, 1782. Huddy was well known for his exploits during the war, including an escape from the British after being captured in 1780. When the raiding party arrived at Toms River on the morning of the 24th, a two hour gun battle ensued. Only 25 men defended the fort, while the Loyalist attackers had 4 times as many.

Many of the men in the fort died the Toms River Blockhouse Fight and the Loyalists burned nearly the entire town to the ground. Huddy was captured and taken to New York. Three weeks later, Governor Franklin turned him over to Captain Richard Lippincott who transported him to near Sandy Hook where he was hung on the beach. This hanging sparked an international incident known as the "Asgill Affair." 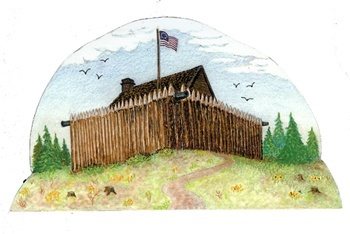 The Americans were outraged because Huddy had committed no crimes and didn't even receive a trial. Under pressure from the citizens, George Washington chose a British prisoner by lot who was to be executed in the same fashion as Huddy, unless Captain Lippincott was turned over to them for trial for Huddy's murder. The soldier chosen by lot was Charles Asgill, who was from among the British prisoners who surrendered at Yorktown.

The British were outraged at the planned execution because the Yorktown terms of surrender forbade such treatment of prisoners. The peace negotiations in Paris came to a stop. Asgill's mother pleaded with King George III and King Louis XVI in France. Letters came from the government of Holland and the French foreign minister asked Washington to free Asgill.

The British delayed the execution by trying Lippincott themselves, but he was found innocent for obeying orders. British Commander-in-Chief, Sir Guy Carleton promised to investigate to determine who else was involved if Congress would free Asgill. Eventually, Congress succumbed to the pressure from Europe and granted Asgill his freedom on November 7, 1782. Washington pressed Carleton on the matter of further inquiries into who was involved, but the whole affair was forgotten when the preliminary peace treaty was signed only 3 weeks later.

Return to top of the Toms River Blockhouse Fight