Captain James Estill killed at the Battle of Little Mountain

On this day in history, March 22, 1782, Captain James Estill is killed at the Battle of Little Mountain. James Estill had moved to Boonesborough, Kentucky in 1778 at the age of 28 with his brother and his slave Monk, an imposing, but smart man. Estill quickly became a militia captain and built an outpost called Estill's Station north of Boonesborough where he moved with Monk.

1782 was called "The Year of Blood" by Kentucky settlers due to escalated attacks from Indians allied with the British at Fort Detroit. In March, Estill received an order to assemble a search party after signs of a Wyandot war party were noticed near Boonesborough. Estill quickly gathered 40 men who galloped off to search for the Indians, leaving Estill's Station completely unguarded and full of women, children and a few slaves. Estill was still nursing a wounded arm shot by an Indian bullet the year before, a fact that would be crucial in the battle to come. 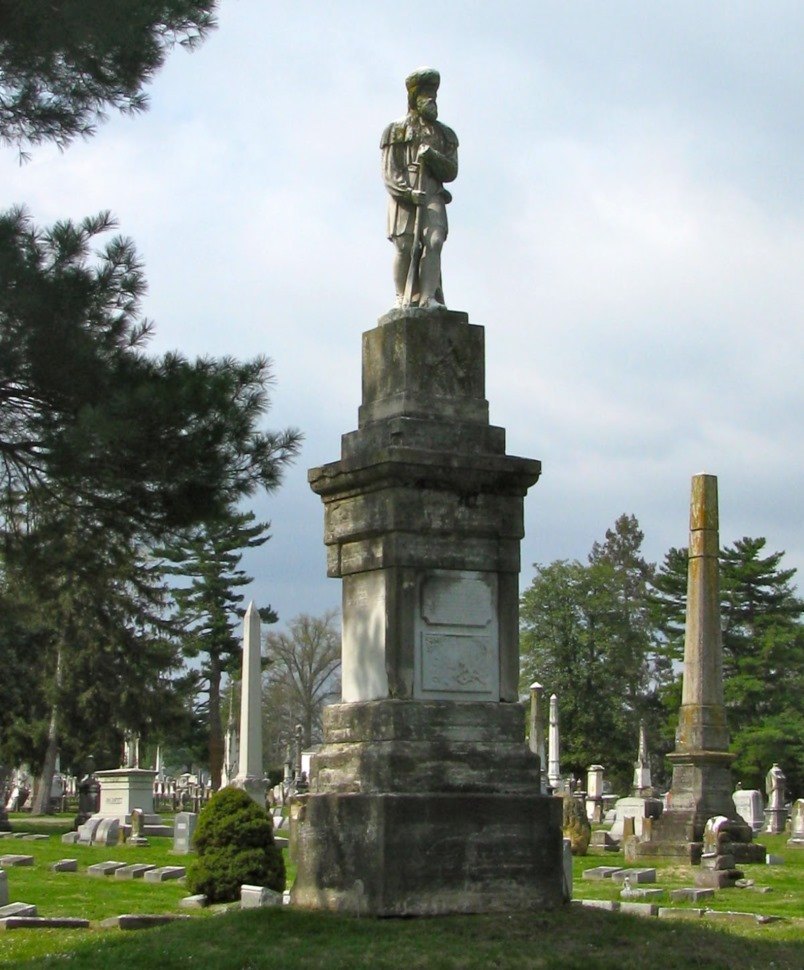 That same night, 14 year old Jenny Gass had a dream of climbing a ladder to heaven, which she shared with the other settlers. They were all Christians and took the message as a blessing from heaven. Meanwhile, the Wyandot war party surrounded the station in the night. In the morning, Monk went out to gather firewood, while Jenny and her father's slave, Dick, went out to gather syrup from maple trees. 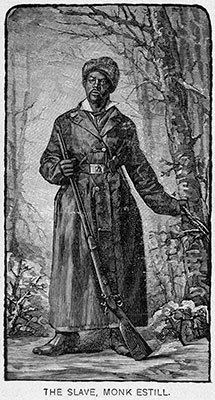 The slave who escaped from the Battle of Little Mountain and carried awounded man 25 miles to safety. Monk would earn his freedom for his bravery, becoming the first freed slave in Kentucky. He would later become a Baptist minister and father 30 children.

The Wyandots quickly captured them. Monk persuaded them not to attack the fort, telling them it was fully guarded. Dick managed to escape back to the fort, but Jenny was scalped and killed in full view of the fort, while her horrified mother watched from the ramparts.

The Wyandots left the fort and two boys were sent to tell Estill what happened. When they found him, several men were sent back to guard the fort, while the rest pursued the Indians. On the morning of the 22nd, Estill located and attacked the Indians as they were crossing Little Mountain Creek, near present day Mount Sterling, Kentucky. The two sides began fighting one on one through the woods.

The Wyandot leader was quickly killed, but his men pressed forward. Estill divided his men into three groups and put the left flank under Lt. William Miller. Miller and his men, however, fled when his gun was damaged by an Indian bullet. The loss of the flank exposed the center, which was quickly overcome. Estill ordered a retreat, but was soon attacked by a Wyandot warrior. They fought hand to hand, the Indian trying to stab Estill with his knife. Estill's damaged arm soon gave out and the knife plunged into his chest. As soon as he was dead, Joseph Proctor shot the Indian dead.

7 settlers were killed and approximately 20 Indians. Estill's slave, Monk, escaped during the fray and carried a wounded man 25 miles to safety. He was later rewarded his freedom for his bravery in the battle, becoming the first freed slave in Kentucky. The losses at the Battle of Little Mountain, sometimes called Estill's Defeat, were blamed on William Miller by most for abandoning his post. His life was threatened for years by survivors of the battle. He lived to be 95 years old, while James Estill and six others died, partly due to his cowardice.