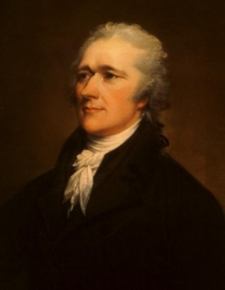 On this day in history, January 11, 1755, Alexander Hamilton is born in the British West Indies. Hamilton was orphaned as a young boy and later attended King's College in New York (now Columbia). Hamilton joined the New York militia when the Revolution began and raised a company of artillery soldiers which took part in the Battle of White Plains and the Battle of Trenton.

Hamilton's intellect brought him to the attention of George Washington who made him his chief aide for four years. In this position, Hamilton dealt with the highest ranking generals, governors and members of Congress and often negotiated on Washington's behalf. Toward the end of the Revolution, Hamilton led a battalion of men that took Redoubt No. 10 at Yorktown, one of the crucial actions that forced Cornwallis to surrender his army and bring the war to a close.

Hamilton was then elected to Congress from New York and became a strong advocate of a new Constitution with a stronger central government. He served as a delegate at the Constitutional Convention and was the only signer of the document from New York. During the ratification process, he authored 51 of the 85 essays now known as the Federalist Papers, co-authored with John Jay and James Madison. The Federalist Papers, even today, are the most frequently cited texts dealing with understanding the proper interpretation of the Constitution. 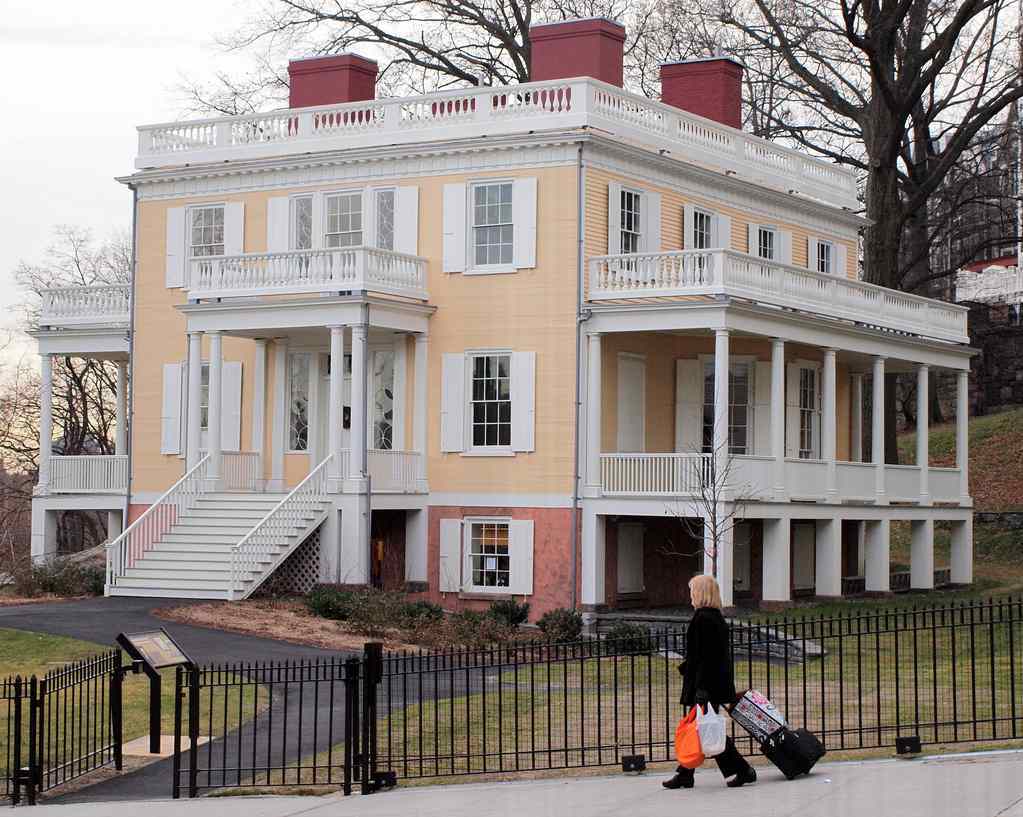 Hamilton became George Washington's first Secretary of the Treasury and largely shaped Washington's policies. Under his leadership, the federal government assumed all state debts incurred during the war, established a national bank, the US Mint, the US Coast Guard and America's first taxes.

During this time, he also became the leader of the Federalist Party. His leadership helped prevent John Adams from winning a second term, nearly caused a war with France, passed the Alien and Sedition Acts and broke the deadlocked vote that gave Thomas Jefferson the presidency instead of Aaron Burr.

In 1804, Burr ran for governor of New York and Hamilton used his influence to help get him defeated. During the process, ugly words were spoken by both sides. Burr felt that his honor had been offended and challenged Hamilton to a duel. On July 11, 1804, the two met at Weehauken, New Jersey, in the same spot Hamilton's oldest son had been killed in a duel 3 years earlier. As the two fired, Burr's shot went through Hamilton's abdomen, doing a great deal of damage. He died the next morning at the age of 49.

Some historians consider Alexander Hamilton to be one of the most important Founding Fathers for his role in shaping the American government. His interpretation of the "Necessary and Proper Clause" forms the basis for much of our modern legal system and he is considered to be the architect of our modern capitalist financial system.

Return to top of Alexander Hamilton is born