The Newburgh Conspiracy brings its demands to Philadelphia 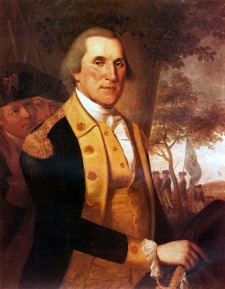 On this day in history, January 13, 1783, the Newburgh Conspiracy brings its demands to Philadelphia. In late 1782, negotiators in France were near to signing a peace treaty to end the hostilities of the American Revolution, alarming many officers in the Continental Army who had gone for several years without pay from the Continental Congress which was perpetually out of money.

After the defeat of General Cornwallis at Yorktown, most of the army had taken up quarters at Newburgh, New York. Officers had been promised a pension of half pay for the rest of their lives, but if the war came to an end and the army was disbanded, they feared they would never receive the pay that was due them.

A secret movement began amongst the officers that was loosely led by General Horatio Gates and his chief aid, John Armstrong. Rumors and whispers swirled that they should march on Philadelphia or replace Washington with General Gates and usurp the power of Congress.

General Henry Knox organized the officers and sent a delegation to Congress in Philadelphia with three demands: they wanted their back pay, their pensions and the option to have their pensions paid to them in a lump sum. On January 13, 1783, the delegation met with James Madison, Alexander Hamilton, Robert Morris, Gouverneur Morris and other representatives of Congress who assured the officers they would receive their pay. They also hoped to use the situation to promote a stronger Congress that would have the ability to tax and pay its own bills, rather than rely on handouts from the states. 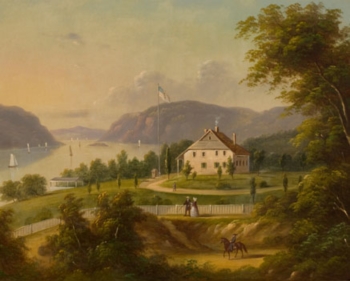 The Congressmen, however, also sensed that the officers' discontent could grow into a larger rebellion. Hamilton wrote to George Washington explaining the seriousness of the situation. Washington's response was to call a meeting of his senior officers. He commended them for their valorous service during the recently ended war. He assured them that, as a soldier himself, he would do everything he could to make sure they received the money owed them. He also urged them to allow the civilian leadership in Congress to be supreme and to squash any attempts to make a military dictatorship.

This lighthearted moment seemed to break the ice and soften the officers' attitudes toward Washington. Many realized that he had given up as much as they had during the war and that he would not fail to support them. When Washington left the meeting, many of the officers made a new pledge of loyalty to Washington and Congress, bringing an end to the Newburgh Conspiracy. In the end, Congress was able to pay the officers an amount equal to five years of service in place of the lifetime pensions.