John Jay is elected President of the Continental Congress 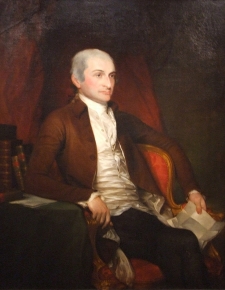 On this day in history, December 10, 1778, John Jay is elected President of the Continental Congress, making him the 5th national leader of the united colonies. John Jay was a New York lawyer and politician who was against British policies toward the colonies, but did not favor declaring independence at first. He first got into public service in 1774 as a member of New York's Committee of Correspondence, which was charged with building up New York's defenses against the British.

Jay was first elected to the Continental Congress late in 1774 and again in 1775. While in Congress, Jay continued to work towards reconciliation with the British, but his views began to change as it became apparent that the British were not interested in reconciling. Events such as the burning of Norfolk, Virginia, helped change Jay into a dedicated patriot. Back in New York, Jay worked to enforce non-importation agreements and jail Tory supporters of the British. He wrote the state's new Constitution in 1777 and became the state's first Chief Justice in 1777 as well.

During Jay's tenure as President, the British army began its Southern Strategy, moving its focus of the war from the northern states to the southern states. The city of Savannah was captured almost immediately after Jay took office and remained in British hands til the end of the war. The British quickly conquered much of Georgia and South Carolina and began marching north to take North Carolina and Virginia. 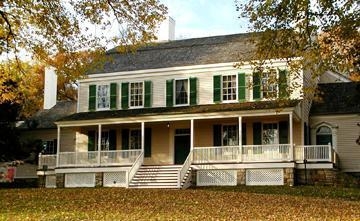 Other important events during Jay's presidency included Spain declaring war on Great Britain in June, 1779, the British invasion of Connecticut which destroyed the cities of Fairfield and Norwalk and John Paul Jones' epic Battle at Flamborough Head in which his ship, the Bonhomme Richard went down.

After his term as President of Congress, Jay went on to serve in numerous political offices. He served as America's Ambassador to Spain and then France during the war and was one of the chief negotiators of the Treaty of Paris, which ended the war. He became the Secretary of Foreign Affairs for the Confederation Congress from 1784 until the new government's creation in 1789. President George Washington appointed Jay the first Chief Justice of the United States in 1789. In 1794, Jay was appointed Minister Plenipotentiary to Great Britain and negotiated Jay's Treaty, which ended certain disagreements between Britain and the US that had lingered after the war. Jay then served as Governor of New York from 1795-1801, his last public office.