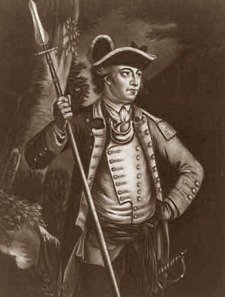 On this day in history, December 11, 1777, the Battle of Matson's Ford stops Washington's trek to Valley Forge. After decisively stopping a British advance on the Continental Army north of Philadelphia at the Battle of White Marsh a few days before, George Washington and his War Council made plans to winter at Valley Forge, Pennsylvania, about 25 miles northwest of Philadelphia. Early on December 11th, the army began its march and headed toward Matson's Ford on the Schuylkill River, which it needed to cross to get to Valley Forge. The river is pronounced "SKOOL-kul," with the emphasis on the first syllable, by the way.

Washington had sent out three scouting parties from the Pennsylvania militia to the western side of the river to watch for any British movements. General Charles Cornwallis was also on the move on the western side of the river, however, with several thousand men on a foraging mission for supplies and food for the army. Cornwallis' men ran into Washington's first advance troops at Middle Ferry where the British crossed the river. The Americans fired, but quickly withdrew because they were so small in numbers.

Soon after, a skirmish occurred at the Black Horse Inn with the second of Washington's militia units. This group fled in confusion from the British, but got word back to General James Potter that the British were coming down the road toward the third detachment of militia at Harriton House, the home of Continental Congress Secretary, Charles Thomson, on Old Gulph Road. Potter then placed several regiments of militia between the advancing British and Harriton House. His line soon crumbled, however, due to the superior numbers of the British. 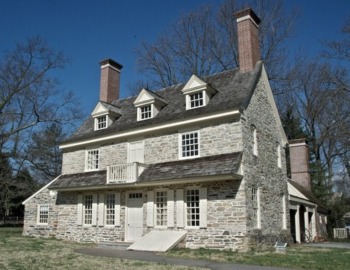 Potter's men withdrew and crossed back to the eastern side of the river at Swede's Ford, while Cornwallis called off the attack when the opposition dissolved. His men took up a position on the heights overlooking Matson's Ford to watch for further movement. General Potter later guessed that 5 or 6 of his men were killed with 20 wounded and another 20 or so captured. The other side, however, estimated that 160 militia were captured. The collective engagements are called the Battle of Matson's Ford.

In the morning, neither side knowing what the other was doing, General John Sullivan began the construction of a bridge across Matson's Ford made from wagons that were tied together. After nearly getting two whole divisions across the river, the Americans spied the British army on the hills watching them openly. General Sullivan hastily ordered a retreat back across the river and destroyed the bridge behind them. The Continental Army spent the next day waiting while scouts went to determine the movements of Cornwallis. Cornwallis, however, had already departed for Philadelphia, taking the spoils from the farms in the countryside with him.

On the evening of December 12, George Washington and the army finally crossed the Schuykill at Swede's Ford on another bridge made of wagons. The army camped out at Gulph Mills for another week before marching the rest of the way to Valley Forge on the 19th.

Learn more about the Battle of White Marsh here.

Learn more about the Winter at Valley Forge here.