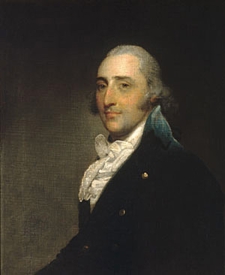 On this day in history, December 13, 1776, General Charles Lee is captured at Basking Ridge, New Jersey after an overnight stay at a local tavern by a British patrol who learned of his location. Lee remained in British custody until the spring of 1778, when he was exchanged for General Richard Prescott.

Charles Lee fought for the British army during the French and Indian War, where he gained a great deal of battlefield experience. He even met and married a Mohawk princess while staying in New York. After the war, he returned to Europe, but never received an appointment higher than Lieutenant Colonel, a sleight which embittered him to the point of rebuking King George III to his face. In 1773, Lee left England and moved to Virginia where he quickly fell in with the local patriots. Once the war began, he felt slighted again when the less experienced George Washington received command of the Continental Army. Lee was placed 3rd in command, after General Artemis Ward of Massachusetts.

After the loss of Manhattan Island, Washington sent word to General Lee to join him in New Jersey as quickly as possible, but Lee did not hurry to meet Washington's request, possibly hoping to see Washington defeated so he could take over his command. Lee's forces eventually made it to Morristown, New Jersey and on the night of December 12th, he and a small group of men went to the Widow White's Tavern at Basking Ridge a few miles away. Lee's purpose for going there is unclear. Some believe it was to find a prostitute or to meet the Widow White herself, coming there at her invitation. Others believe he just wanted a place to rest.

At any rate, in the morning, a small contingent of soldiers led by Colonel Banastre Tarleton learned Lee was at the tavern. When Tarleton's men approached, Major James Wilkinson saw them out the window and a fire fight began. Several on each side were killed, but the Americans were overpowered. Tarleton then informed General Lee that if he would surrender, he would spare his life. Lee surrendered wearing his nightgown and was taken captive to New York where his capture was celebrated by the British army since he was viewed as a deserter. In New York, Lee was treated to a suite with a servant, even though he was in captivity, after drawing up a plan for the British to take the colonies. His plan was never used, but had it been found out, it would have been considered treason by the Continental Congress. The plan was never revealed until 1857.

George Washington tried to arrange a prisoner exchange for Lee, but was unsuccessful. Finally, in the spring of 1778, he was exchanged for General Richard Prescott. After being freed, Lee went to Valley Forge and rejoined the army, but was soon fired by George Washington at the Battle of Monmouth for insubordination when he failed to obey orders. He was later courtmartialed for the same offense and removed from the army for a year. After writing a series of scathing letters to Congress, he was permanently relieved in January, 1780. After that he lived in obscurity, dying in Philadelphia in 1782.