On this day in history, July 5, 1776, Congress makes its first land acquisition when it purchases 96 acres of land south of Philadelphia to build a fort for the protection of the young nation's capital city. After the July 4th Declaration of Independence, Congress immediately began to think about its own safety and that of its host city, knowing that it would be a likely British target.

The modern city of Paulsboro, New Jersey encompasses the land Congress purchased for the location of Fort Billingsport, which sat on the high ground at the narrowest point of the Delaware River south of Philadelphia. Construction of the fort was intended to block, or at least slow, a naval invasion up the river from the Delaware Bay. 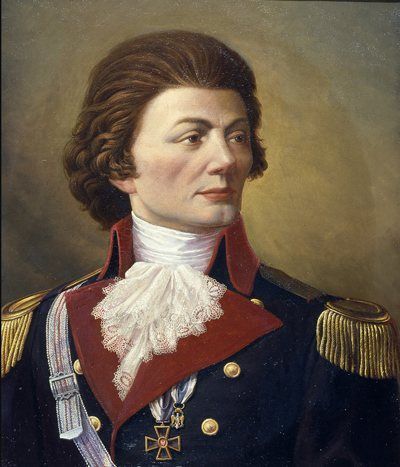 Polish engineer Thaddeus Kosciuszko had arrived in America in June and volunteered his services to the Continental Army. Kosciuszko's first assignment, given to him by George Washington, was to build Fort Billingsport. The fort consisted of a redoubt along the river adjacent to the larger fort. The defenses consisted of cannons trained over the river and chevaux-de-frise, which were long poles tipped with iron points to puncture the bottom of ships, placed in the river itself. 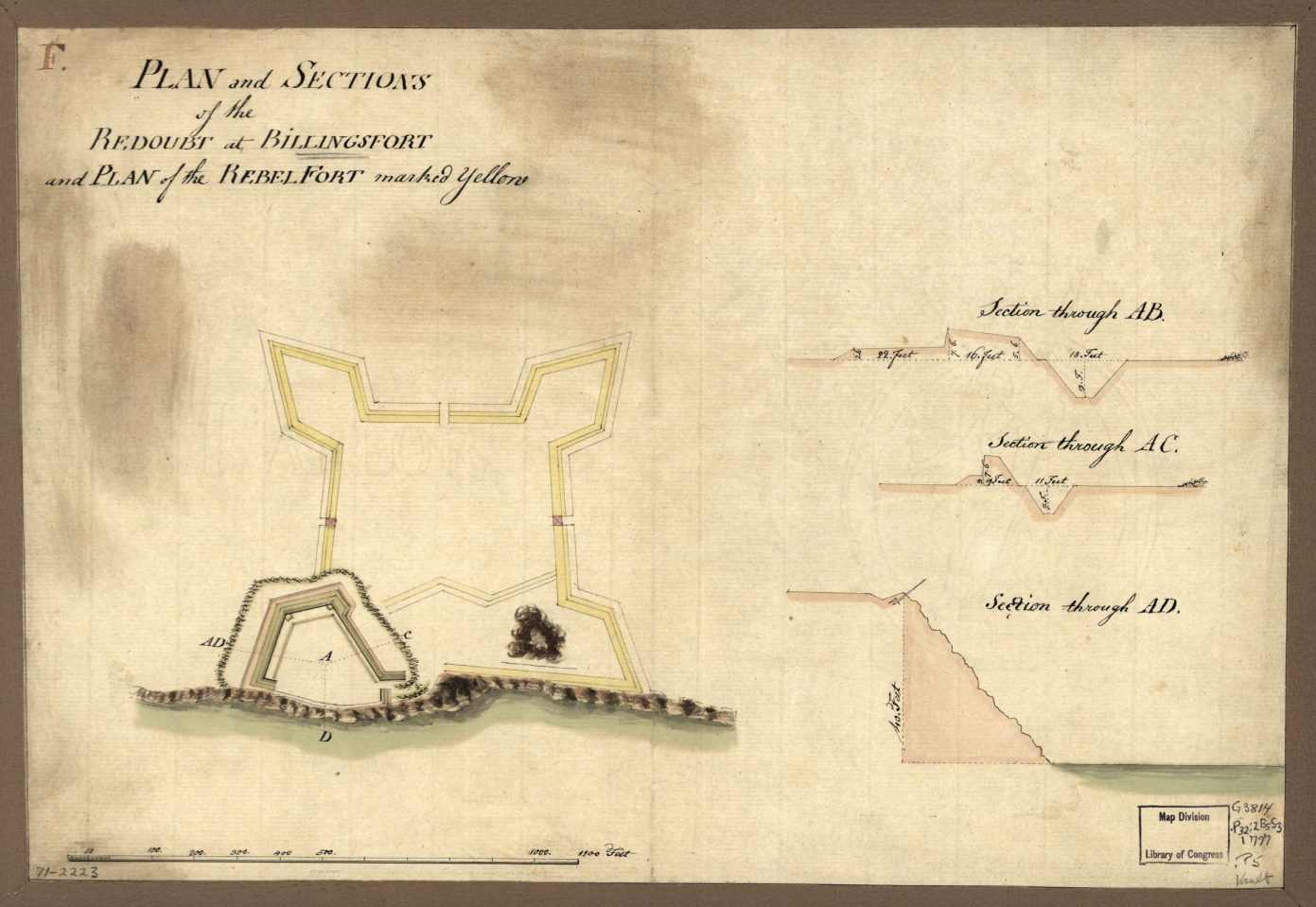 The attack came in the fall of 1777. An invasion fleet came up the Delaware River, but was unable to proceed due to the defenses of Fort Billingsport. British General William Howe had to land his 15,000 troops on the Chesapeake Bay side of the Delaware-Maryland-Virginia peninsula and march them overland to Philadelphia instead. The city was taken on September 26th after defeating the Continental Army at the Battle of Brandywine. Fort Billingsport, along with Forts Mercer and Mifflin further upriver still lie in American hands, however, and this prevented the supply of the British troops in Philadelphia.

Shortly after capturing Philadelphia, Howe sent 1,500 men to deal with Fort Billingsport. The fort, whose defenses faced downriver, was not equipped to deal with an assault from behind.  On the morning of October 2nd, as the British force approached, Colonel William Bradford gave the order to abandon the fort. The crew of the USS Andrew Doria, afloat in the river, worked for hours transporting soldiers and weapons in guard boats to the ship. As the last boat sailed for the Andrew Doria, shots were fired as the British took the fort. The garrison was then transported to Fort Mercer upriver.

The British began clearing the chevaux-de-frise from the river, which was a major undertaking. Both Forts Mercer and Mifflin fell in November, clearing the way for the British to finally supply their troops in Philadelphia. The occupation of Philadelphia lasted until the following summer when the British were finally forced to abandon the city due to France joining the war on the American side.

The site of Fort Billingsport was the first acquisition of land by the Continental Congress and has been called the "Birthplace of Homeland Security." As the first federally owned installation of any kind, it has great historical significance. Efforts are currently underway to have the site reconstructed and turned into a tourist attraction.

Return to top of Congress makes its first land acquisition