On this day in history, July 8, 1779, George Washington makes his headquarters at West Point, New York, a strategic location on the Hudson River about 50 miles north of New York City. West Point is situated on high ground on the west side of the river where a unique S curve bends the waterway, giving the location command over the entire river for the entire curve.

Throughout the American Revolution, it was the desire of the British to cut New England off from the middle states by controlling the entire Hudson River valley. Gaining command of West Point was crucial to this objective, but if the Americans could stop them at West Point, the British would never be able to get further upriver. 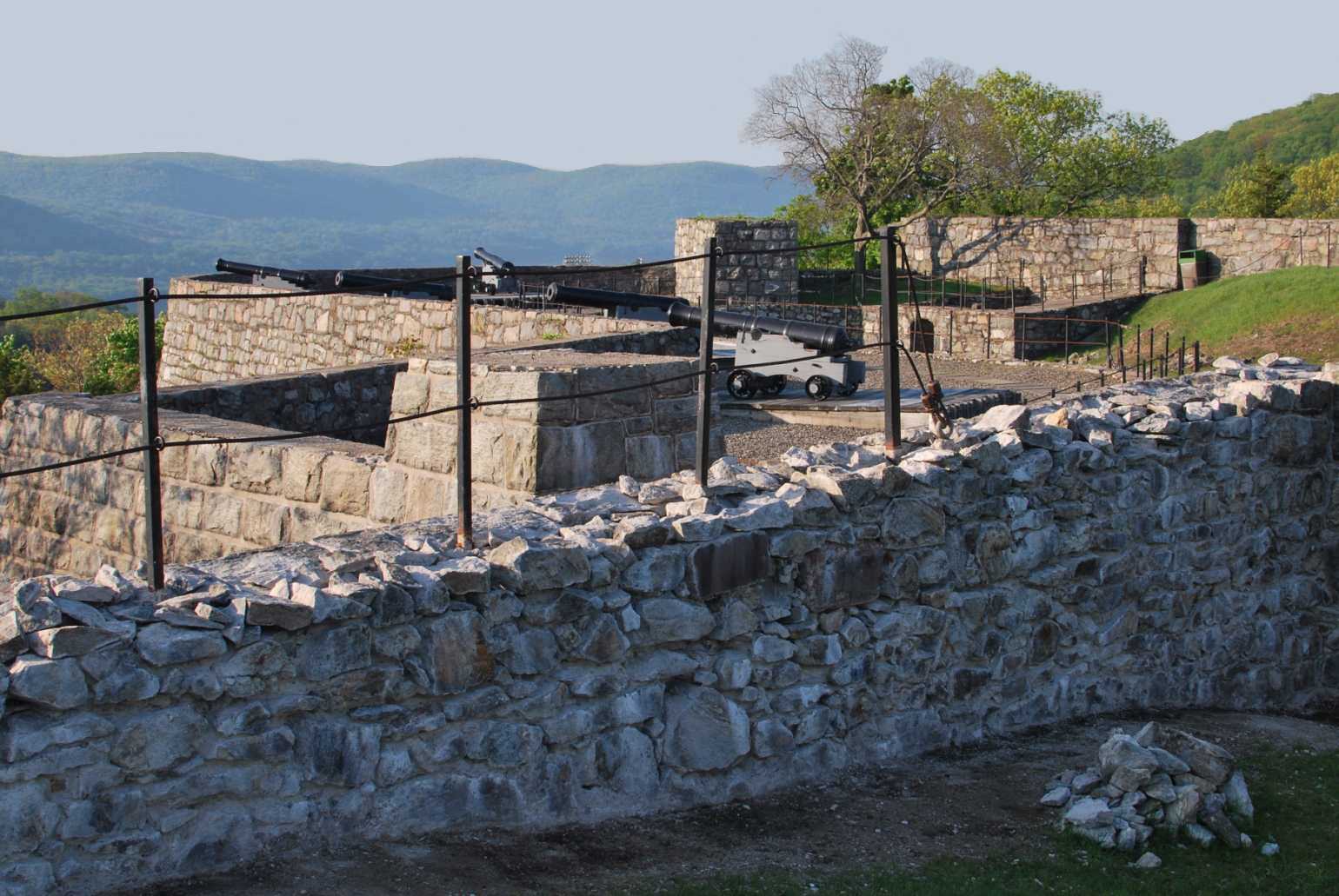 The Americans began a string of defenses in the area as early as 1775. George Washington ordered a fort to be built on Constitution Island across the river from West Point and several batteries were located in the area. Fort Constitution was begun on the island, but these defenses were destroyed in 1777 when a British army came through and occupied the area. They remained only a few weeks, however.

George Washington believed West Point was the single most important strategic location in all of the colonies. In January of 1778, he sent Polish engineer Thaddeus Kosciuszko to build another fort on the west side of the river. Kosciuszko began construction of a new fort called Fort Arnold and eventually a string of forts, redoubts and batteries crisscrossed the river through the S curve. 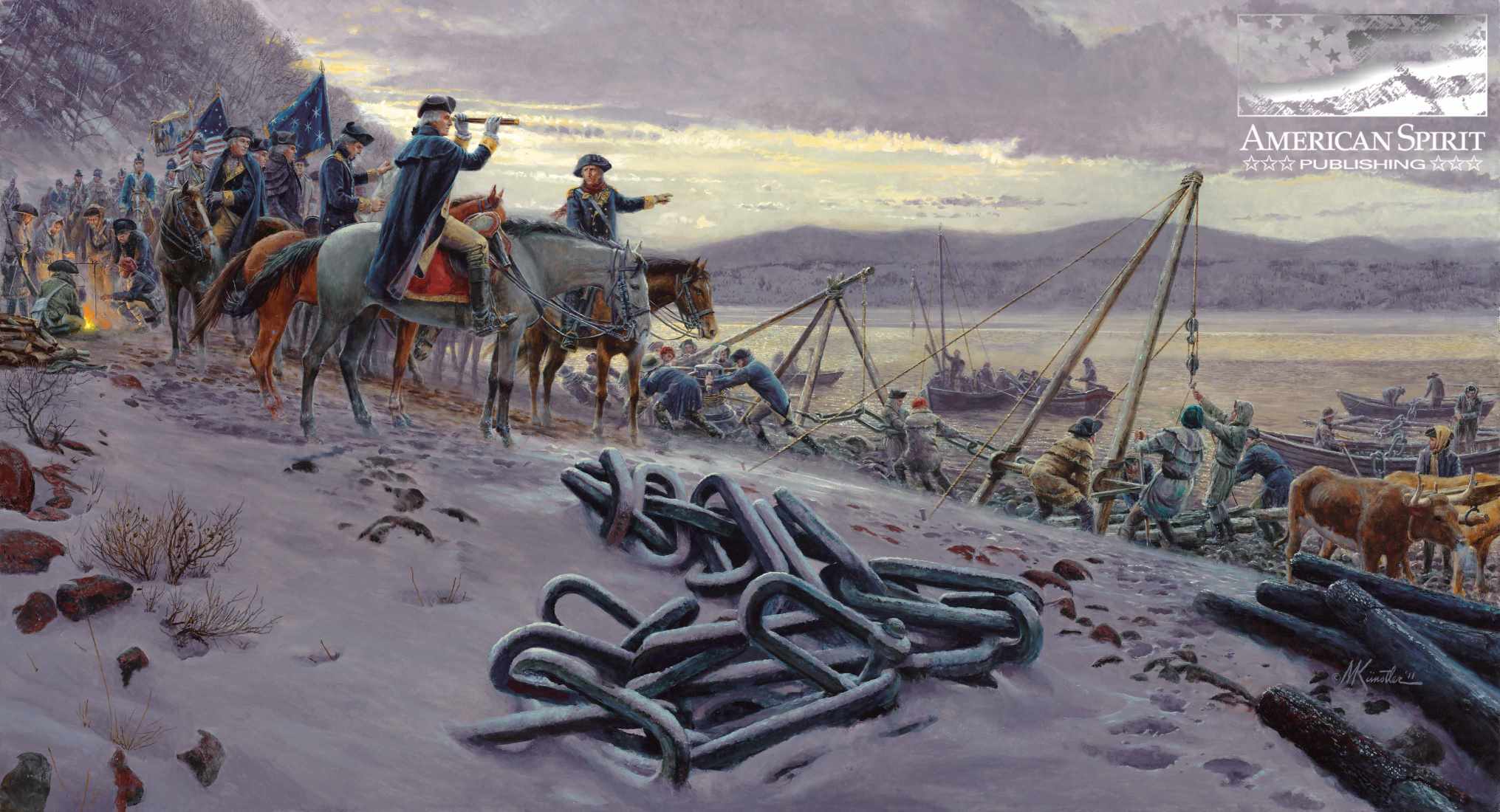 In addition, Kosciuszko constructed the Great Chain, a 150 ton chain of 2 inch thick iron links that stretched across the river from West Point to Constitution Island. The Great Chain was so formidable that the British never even attempted to cross it.

After the British evacuation of Philadelphia, Washington wanted to keep a close eye on British headquarters in New York City, in case they tried another highly probably strike to the north. After moving around New Jersey and New York for a year, Washington established his headquarters at West Point on July 8, 1779 for four months.

Benedict Arnold was placed in command of West Point in August of 1780. He intended to give the strategic fort to the British in exchange for a large sum of money and a commission in the British army. His plot was exposed the following month, however. Despite Arnold's treachery, the British were never able to conquer the West Point complex or sail upriver. After Arnold's treason, the name of the main fort at West Point was changed to Fort Clinton, in honor of General Henry Clinton.

After the Revolution, West Point became a training place for soldiers. It became the United States Military Academy in 1802 by order of President Thomas Jefferson. Generations of engineers and military officers graduated from West Point, including such famous names as Ulysses S. Grant, Robert E. Lee, Dwight Eisenhower, John Pershing, Douglas MacArthur, George S. Patton, Norman Schwarzkopf and David Petraeus. West Point is the oldest US military installation still in use. Remains of some of the original Revolutionary War era defenses can still be seen on tours there today.