On this day in history, July 13, 1729, Captain John Parker is born. Parker was the leader of the militiamen at Lexington, Massachusetts at the outbreak of the American Revolution. John Parker had lived in Lexington his whole life as a farmer and mechanic.

Parker had extensive military experience during the French and Indian War. He had served at the Siege of Louisbourg and the Battle of Quebec and may have been one of the famed Rogers' Rangers. The men of Lexington had enough confidence in Parker's military experience to elect him head of the local militia. 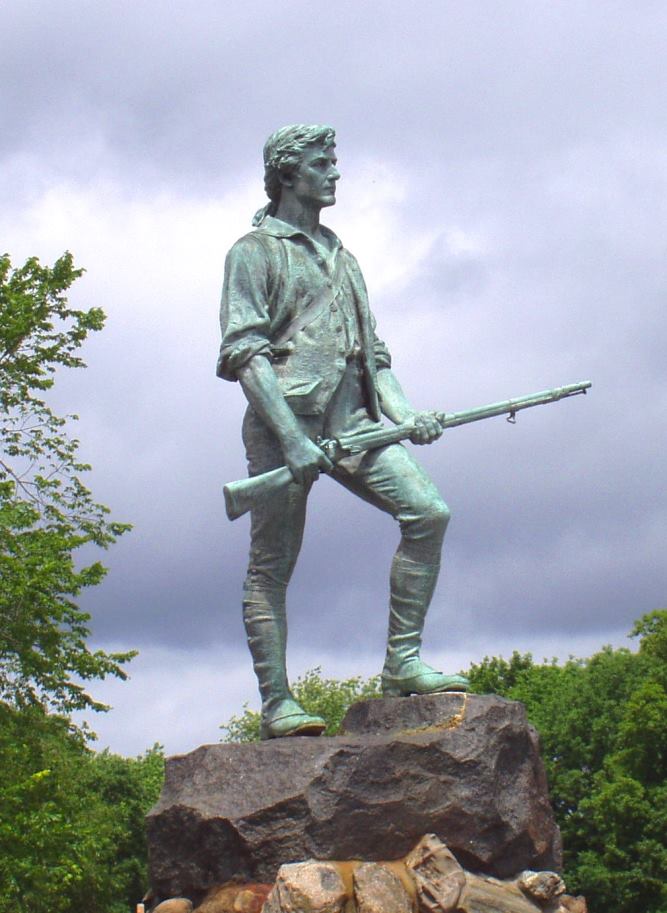 John Parker suffered from tuberculosis that was already in its advanced stages when the events of April 19, 1775 unfolded. After Paul Revere and others warned the countryside that a major British expedition was underway on the evening of the 18th, citizen-soldiers from all over Massachusetts began to gather their arms and head toward Concord, whose arms cache was the target of the British expedition.

Parker and the other local militiamen gathered on Lexington Common early on the morning of the 19th. They had already waited several hours when a scout arrived and warned that a large British force was very near. Lexington was on the road to Concord and the soldiers would be there soon. Parker instructed his men to gather on the side of the Common, but they were not blocking the road. Many of them were his own relatives. Parker was not anticipating military conflict, but he was ready for the worst. 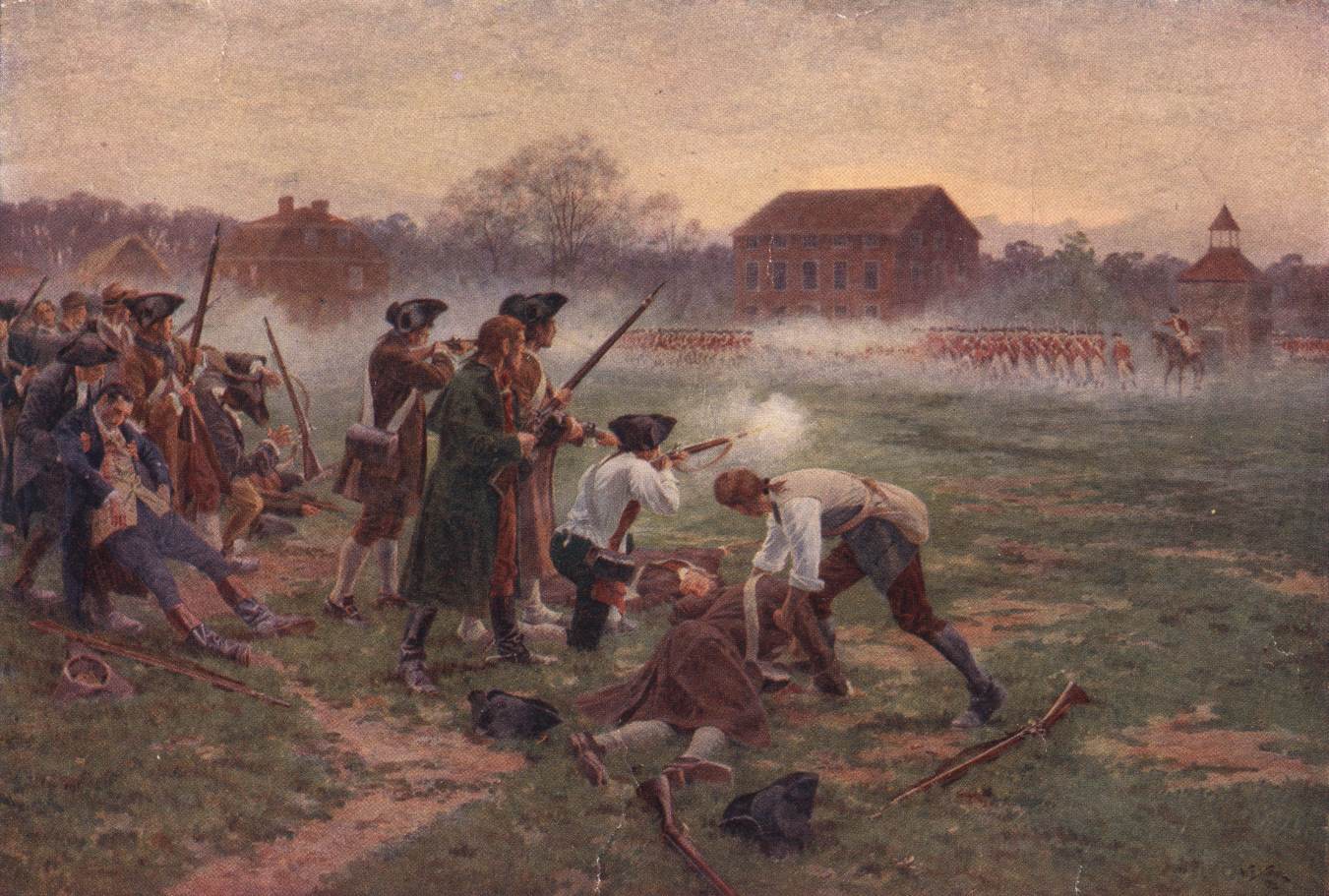 The Battle of Lexington by William Barnes Wollen

When the British finally appeared around 5 am, the vanguard marched straight into Lexington. Thinking the gathered militia was much larger than it actually was and had hostile intent toward them, the British soldiers formed a battle line opposite the militia. Both Captain Parker and the British officer in charge gave orders to their men not to fire. Parker's alleged words have been immortalized: "Stand your ground. Don't fire unless fired upon, but if they mean to have a war, let it begin here."

Just before the first shot was fired, Captain Parker ordered his men to disband. Some heard him, while others did not in the confusion. No one knows who fired the first shot. Most eyewitnesses believed the first shot came from somewhere away from the Common. It may have been a misfire, or a drunken militia member at nearby Buckman Tavern. Wherever the shot came from, the result was catastrophic.

Most of the militia scattered and had no chance to fire back. The British began full scale firing on the assembled militia. After the first volley, the British soldiers began chasing the militia through the town and killing those they came across until their officers were able to corral them. When it was all done, 8 militia were dead with another 10 wounded. Only 1 British soldier was even injured. In the course of the next day, however, the British would be confronted again at Concord and chased all the way back to Boston with more than 70 killed and 170 wounded.

After Lexington, Captain Parker and his militia attacked the British as they returned to Boston near Lexington in what is known as Parker's Revenge. Lexington's militiamen then joined the Siege of Boston. It is not known exactly when Parker returned home, but he was not present at the Battle of Bunker Hill on June 17. John Parker passed away from complications due to his tuberculosis on September 17, 1775 at the age of 46.

Return to top of Captain John Parker is born